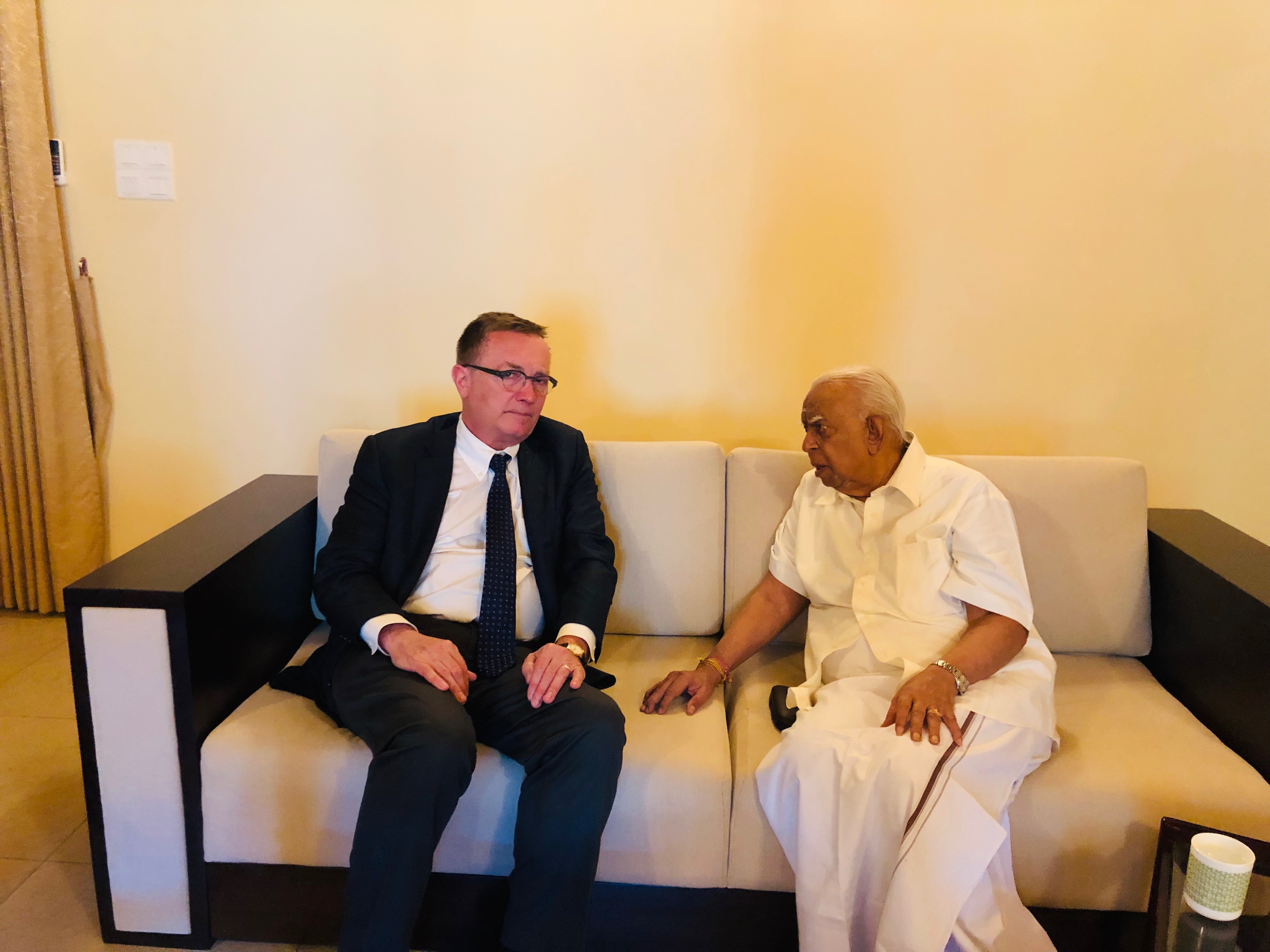 Mr Jeffrey Feltman commended the TNA and its Leader for the crucial role they played aftermath of the events took place 26th of October 2018. Mr Sampanthan said Tamil people always regarded and respected the Constitution, and said we always stood for principles and practices than engaging in cheap political gains. He further said the Constitutional Council was extremely careful in appointing people to high offices and that was one of the reasons why the unconstitutional moves did not get approved by the higher courts.

Speaking on the United Nations Human Rights Council resolution Mr Sampanthan said, institutions such as the office of the Missing Persons, Office of Reparations and Truth and Reconciliation Commissions must actively function amongst our people and should be in constant contact with the people to ascertain the truth. He further said affected people must be given consolation and made to feel that the Government and other people are concerned about them. He further said the Government and certain politicians are trying to make this as a Sinhala Tamil issue, but this isn’t this is a fundamental human rights issue.

Briefing on the New Constitutional making process Mr Sampanthan said there is enough work done on this matter for the past 30 years since the enactment of the 13th Amendment to the Constitution. But there is no commitment and political will from the political leaders and there is fear of becoming politically unpopular. He further said problems that are needed to be dealt must be dealt with by leaders, that’s a duty of a leader. This lack of political will has caused this country not making significant progress since independence said Mr Sampanthan.

Tamil people feel that they are always deceived. There is a reluctance on the part of the Sinhala leaders in doing the right thing. We are seeking a genuine power-sharing arrangement within a united undivided and indivisible Sri Lanka. We are a distinct people with our own history and heritage, and what we are asking is nothing but our fundamental right, today we are ruled in this country without our will and consent he stressed.

Mr Sampanthan also requested the former UN envoy to highlight the Sri Lankan crisis internationally in order to ensure that the Government of Sri Lanka fulfils its commitments to the International community.