RTI Act: Politicians Shouldn’t Fiddle in Implementation If the True Objective to be Achieved 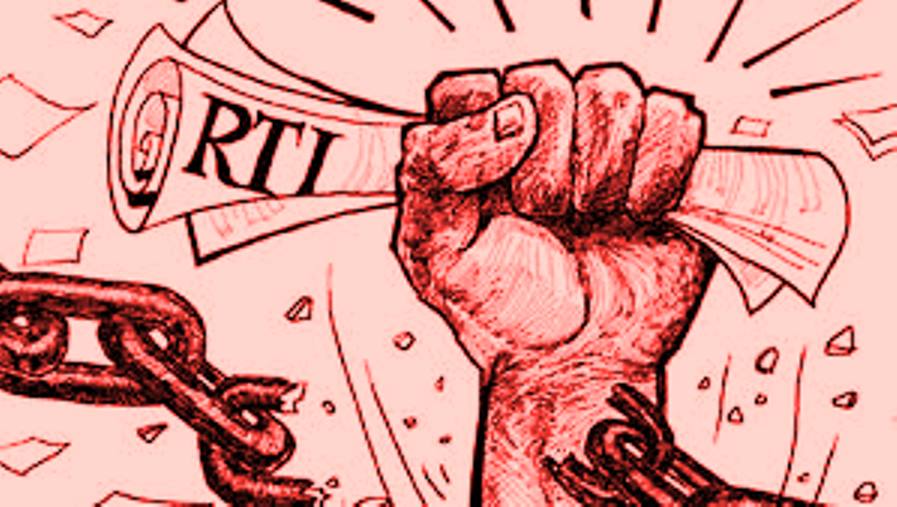 We are debating an important Bill, the Right to Information Bill in the House today. This Bill should have been brought to Parliament a long time ago, but unfortunately, that did not happen. The Right to Information Law has been passed in many countries world over and is considered as a very important piece of legislation. I am happy, Sir, to speak a few words when this Bill is being debated in our Parliament.

The right to information, Sir, strengthens Fundamental Rights. It strengthens democracy and consequently it strengthens the citizens. I would like to say a few words behind the rationale of this Bill. It is the people who are sovereign and sovereignty is vested in the people.  Sovereignty includes the powers of government, legislative power, executive power and judicial power. It also includes franchise and Fundamental Rights. Various institutions exercise these powers on behalf and in the name of the people. The doctrine of separation of powers is meant to ensure that these powers of governance are exercised by the different institutions of governance: the Legislature, the Executive and the Judiciary, independent of each other and without any interference with each other. That is fundamental to preserve democracy. It is also fundamental to preserve the sovereignty of the people.  If the people are to meaningfully contribute towards the preservation of their sovereignty and the preservation of democracy, they need to be properly informed of all that is happening in the country, particularly in relation to matters of governance. It may not be practical for all of them to be well informed. But it is important that at least those amongst them, who are more civic conscious than others, who may be more enlightened than others, should be able in the name of the people to obtain reliable and accurate information pertaining to matters of governance.

The Government, Sir, is a trustee for a period of time performing certain functions and duties in the name of the people, for and on behalf of the people, and these duties cannot be performed shrouded in a veil of secrecy, away from the public eye and away from public scrutiny.

Such scrutiny is possible only when the public is well informed and correctly informed. Therein lies, Sir, the rationale behind this Bill, the need for this law, which gives the right to the public to such information.

For far too long in this country have Governments carried on as if they were not answerable to the people who placed them in that position of trust. They only became answerable to them, perhaps at the time when elections were held. So, this law should substantially contribute towards the reversal of this trend. This law should facilitate effective curbs being imposed on extravagance, waste and corruption. It will also help to ensure that public finance voted by this Parliament is expended for the purpose for which such expenditure was sanctioned by this House and is not misspent in any way. We have good reason to believe, Sir, that this had become a frequent practice in the past.

This law can prevent the concealment of information, the revelation of which would be in the public interest. I would like to say, Sir, that if this law is to achieve its objectives, certain values and principles must be observed by persons responsible for the implementation of this law. It is the culture in our country for every institution to be politicized. Even the Judiciary in this country, which was held in high esteem, in fact, held in the highest esteem at one point of time, no longer enjoys the same reputation for its independence and impartiality. The rule of law has consequently become a casualty and consequently, the country has suffered much damage.

Soliciting information can relate to many matters of public activity in several areas, commencing from even non-observance of constitutional provisions to callous discrimination and injustice in several functions of Government, which the public of this country would definitely frown upon, if they were well informed. Of course, the Bill itself provides for certain types of information pertaining to specified matters which cannot be disclosed and which are exempt from the right to information. Such exemptions would largely be, however, only in the national interest. I have with me, Sir, a copy of the Right to Information Act of 2005 passed by the Indian Parliament, the law that prevails in India, where they have referred to this question of exemptions.

The law prevails in India where they have referred to this question of exemptions and where they say in the Preamble “………democracy requires an informed citizenry and transparency of information which are vital to its functioning and also to contain corruption and to hold Governments and their instrumentalities accountable to the governed; and whereas revelation of information in actual practice is likely to conflict with other public interests including efficient operations of the Governments, optimum use of limited fiscal resources and the preservation of confidentiality of sensitive information; and whereas it is necessary to harmonize these conflicting interests while preserving the paramountacy of the democratic ideal; now, therefore, it is expedient to provide for furnishing certain information to citizens who desire to have it.”

In other words Sir, while emphasizing that there is a need to exempt from the right to information certain activities in the national interest they also specified the fact that while that is done you must necessarily preserve the paramountcy of the democratic ideal, which means that the sovereignty of the people must be preserved and there should be harmony between these various interests in such a way that the national interest is not harmed, but at the same time, the public’s right to know the truth is not concealed, is not done away with.

Institutions established under this law have a very responsible task. One can only hope that in this country’s interest this law will be fearlessly and impartially implemented by the institutions responsible for the implementation of this law and that consequently the people of this country would be able to realize good governance, clean governance, transparent governance, and this country would be set on a different course in the future, as a result of all aspects of governance becoming a matter of knowledge to the public on the basis of information that can be elicited under this law.

– Speech made by Hon. Sampanthan on the RTI bill in Parliament on the 23rd of June.