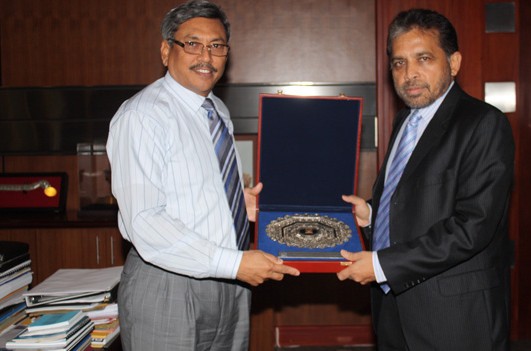 “Human Rights High Commissioner’s role is not to be a schoolmistress with a ruler in her hand and go around whipping children. It was certainly not envisaged when the mandate of the Human Rights Council High Commissioner was drafted. But unfortunately, the Human Rights Council has taken upon itself a punitive role-to punish countries for alleged infraction of standards” says  Sri Lanka’s one-time Permanent Representative to the United Nations in New York and Foreign Secretary during the final stages of the battle against terrorism and current Sri Lankan ambassador to China Dr. Palitha Kohona.

The UN High Commissioner for Human Rights Michelle Bachelet is referring to ‘alternative international options’ for ensuring ‘justice and reparations’ in her latest report on Sri Lanka dated January 27, 2021.  I don’t think her call can be justified at any point, neither in the case of Sri Lanka nor in the case of any other country. The Human Rights Council was not set up to punish countries; it was established to help countries to improve their human rights standards.

There is much doubt on the universal application of some of these standards. It should not encourage penalising countries for noncompliance with standards and in Sri Lanka’s case it is purely on the basis of insinuations, allegations and suggestions which have not been proved to anybody’s satisfaction thus far.

The High Commissioner calls on the member states to apply extraterritorial or universal jurisdiction and targeted sanctions on Sri Lankans in her latest report. Again I would say she has gone beyond her mandate. This is selective targeting of a member state which is making an effort to engage with the HRC. The HRC never intended to be a judicial body or a political body. It was meant to be a technical arm of the United Nations General Assembly designed to encourage and advance human rights standards around the world. Its mandate is not to isolate individual countries. It should not only focus on developing countries but identify strong countries and help them to do better in human rights.

An edited version of a longer interview published in the Sunday Observer.