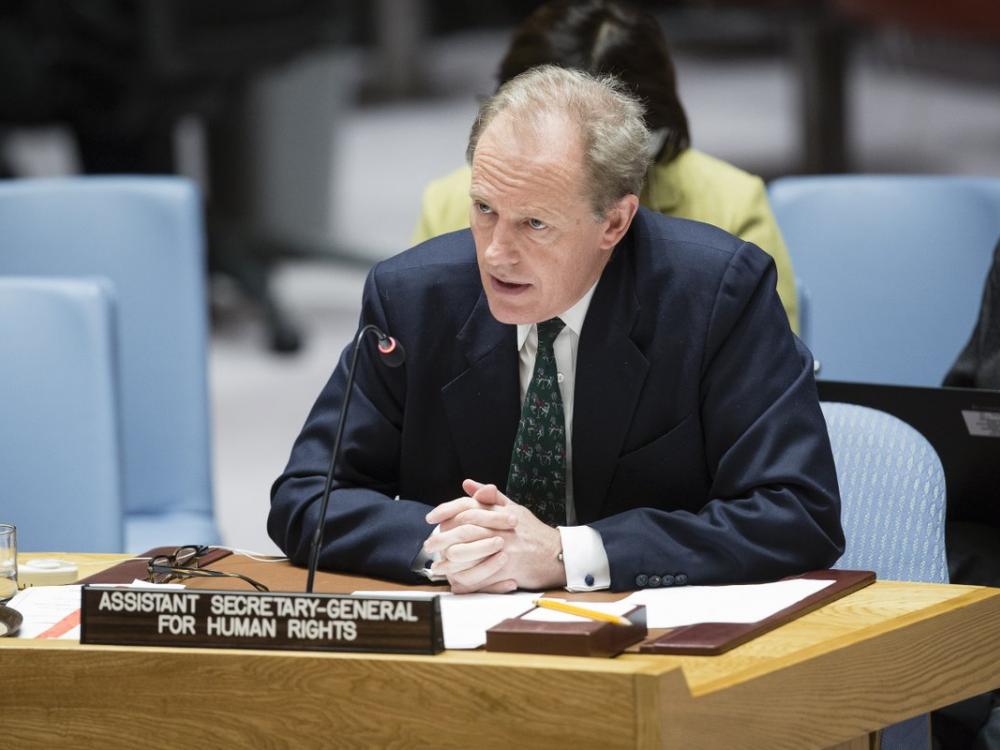 The Human Rights Council, in resolution 12/2, expressed concern over continued reports of intimidation and reprisals against individuals and groups seeking to cooperate or having cooperated with the United Nations, its representatives and mechanisms in the field of human rights, and deep concern at the seriousness of such reported acts. The Council further condemned all acts of intimidation and reprisal committed by Governments and non-State actors and invited me to submit a report to the Council at its fourteenth session and annually thereafter, containing a compilation and analysis of any available information, from all appropriate sources, on alleged reprisals as well as recommendations on how to address this issue. This is the eighth report based on this resolution.

Sri Lanka:
52. The High Commissioner for Human Rights, in his address to the Human Rights Council on 22 March 2017, stressed that he was disturbed to hear reports of intimidation of members of Sri Lankan civil society in the United Nations Palais des Nations in Geneva. He referred the case to the Assistant Secretary-General and stated that he trusted that the President of the Council will give these cases close attention.

53. In his report to the Human Rights Council dated 10 February 2017 (A/HRC/34/20), the High Commissioner stressed that reports of harassment or surveillance of human rights defenders and victims of violations have continued in the country, albeit to a lesser degree. Special procedures mandate holders have also addressed the allegations of reprisals and intimidation against Mr. S. Ganeshnantham and other members of the civil society organization Pupil Salvation Forum related to their participation in the thirty-fourth session of the Human Rights Council (see A/HRC/36/25, LKA 1/2017). 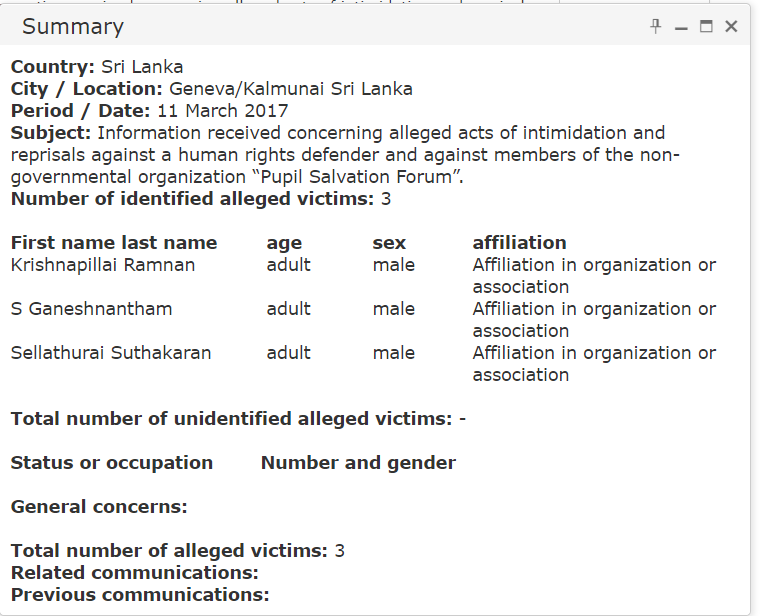 – From the report Cooperation with the United Nations, its representatives and mechanisms in the field of human rights,Report of the Secretary-General to the HRC 36.

Information received concerning the systematic and ongoing harassment and intimidation of Father Elil Rajendram, a Tamil Jesuit Priest and human rights defender, by Sri Lanka’s law enforcement authorities in connection with his involvement organising a peaceful memorialization project for victims of Sri Lanka’s armed conflict. Moreover, we are concerned about his possible imminent arrest, in view of the fact that he has been requested to hand over a list of the names of those carved on the stones in the memorial. 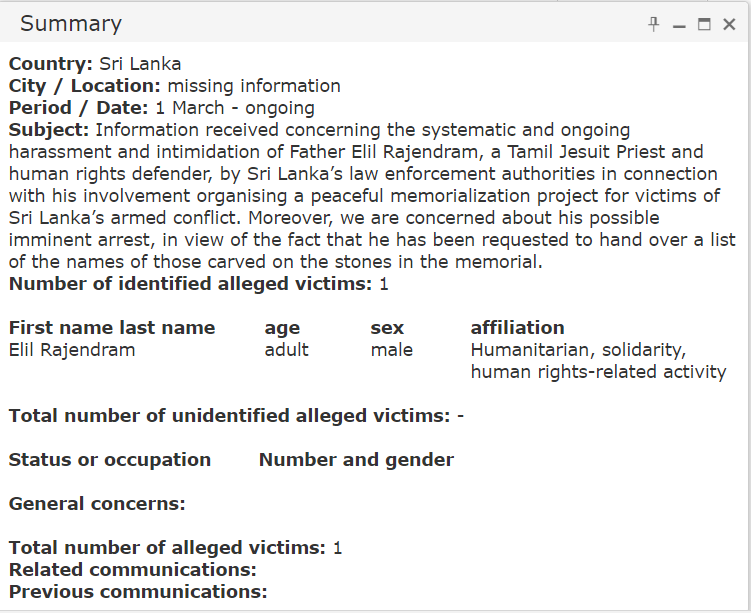