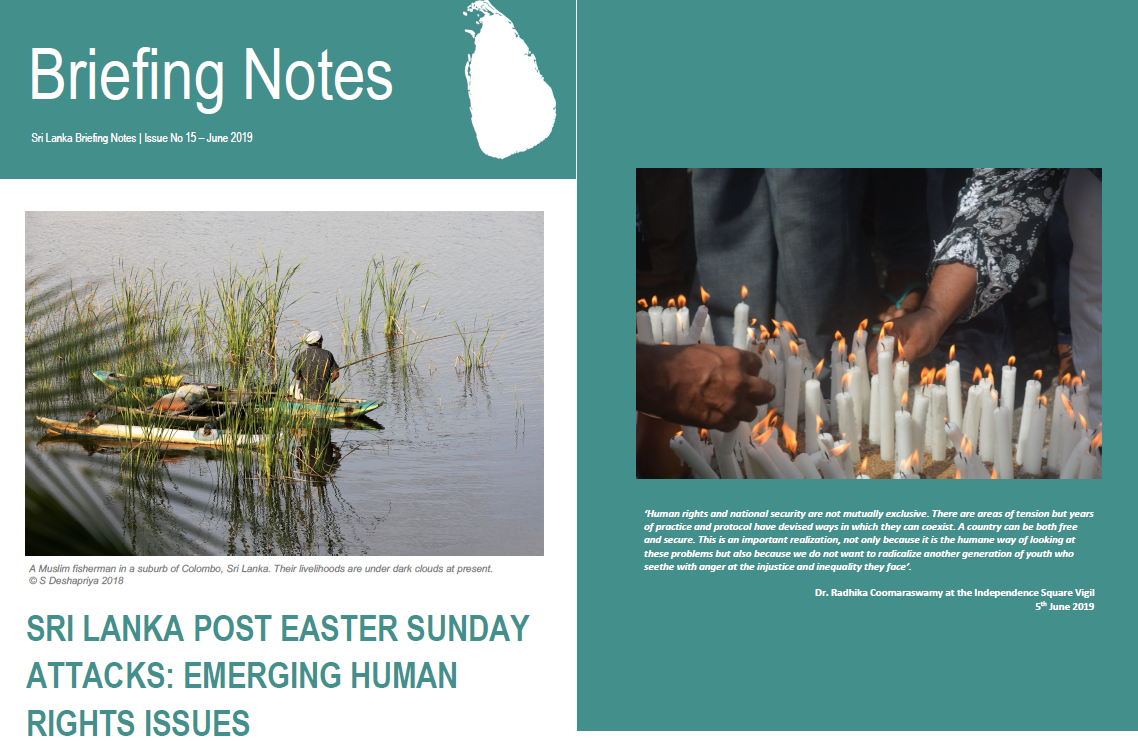 On 21st April 2019, 08 suicide bombers led explosions in Sri Lanka killing 252 people and injuring hundreds. Two Catholic churches, one Zion church, and three high-end hotels became the targets of the attacks. The plot was master minded by a local extremist Islamist group called National Thowheed Jamath (NTJ). Following the attacks, the Al-Bag Dadi, the leader of ISIS who is in hiding, claimed responsibility for the attacks. A video recorded by the suicide bombers prior to the attacks also connected the attacks to ISIS, making it evident that Sri Lanka too has become a target of the ISIS-led global terrorism. ISIS gaining a foothold in Sri Lanka poses a serious threat to Sri Lankans.

Immediately following the attacks, the Government declared State of Emergency, and launched a massive search and arrest operation in Muslim populated areas in the country. The country was on a near-war footing. Muslim community of the country came under surveillance as well as virulent hate speech. Islamphobic propaganda reached a new height in the period following Easter Attacks. Anti-Muslim messaging and false news became common on social media as well as in mainstream print and electronic media. Two months later, the country is still under Emergency Regulations with communal tensions on the rise.

Sri Lanka will have presidential elections in just 5 months’ time. In the backdrop of Easter Attacks and communal violence, major socio-political issues have been tossed aside by the electioneering politicians.