Refugees for 20 years, Tamil Catholic families forced to live in the jungle 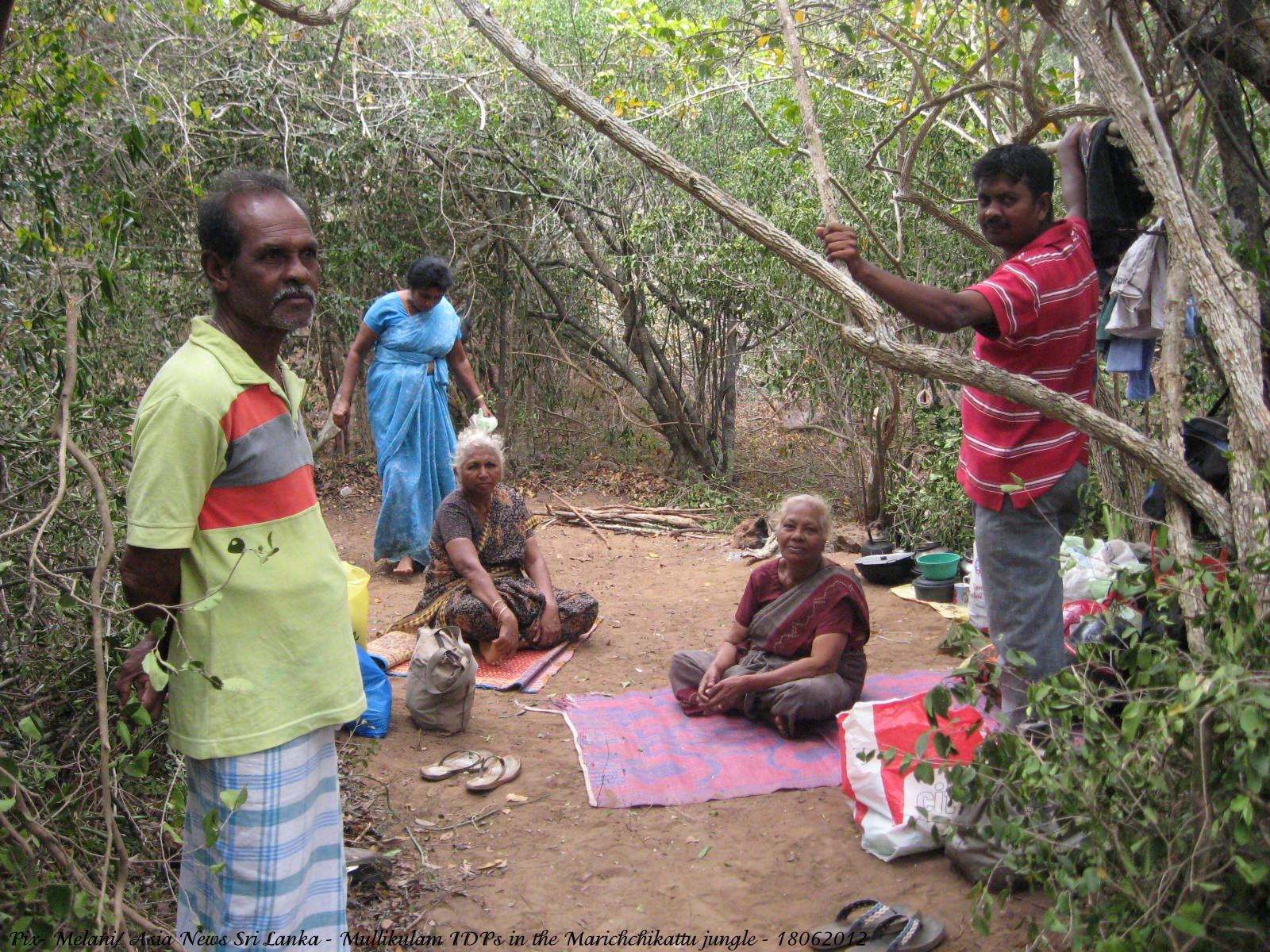 by Melani Manel Perera ( Photo feature)
Mannar (AsiaNews) – They live in the jungle, on the ground without a roof or a tent over their heads, surrounded by elephants, snakes and other wildlife. 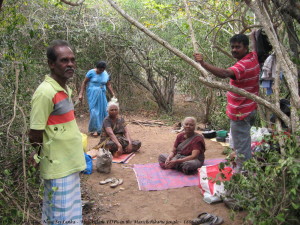 There are 145 families, 285 Tamil Catholics from the village of Mullikulam in Mannar District (Northern Province, Sri Lanka).

In theory, these people would be among the first groups of civil war refugees (IDPs – Internally Displaced People) to enjoy the resettlement programs promoted by the government.
In practice, for more than 20 years they have not had a home, or jobs to be able to survive. 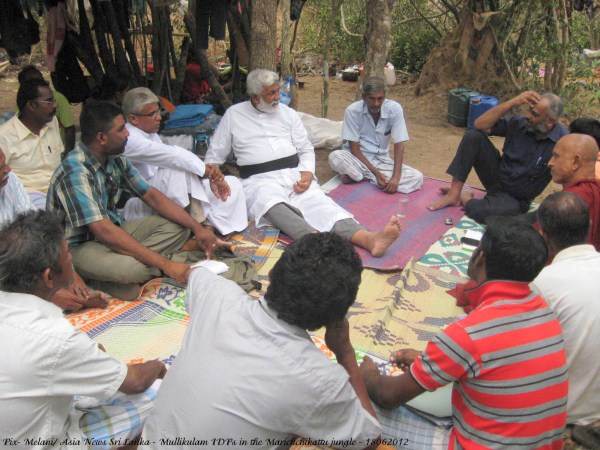 A group of people – including two Catholic priests, a Buddhist monk and two members of NGOs – visited the community and said they were “shocked” by the conditions in which these people find themselves.
“What crime”, said Ven. Buddhiyagama Chandrarathana Thero, “could these people have ever committed, to live like animals?”.

The population of Mullikulam
The first settlements in the area of Mullikulam date back to 1800. Tamil and Catholic, the population has always lived from agriculture and artisanal fishing. Thanks to the rainy season, the area is rich in water, which the inhabitants have used for large crops of rice. 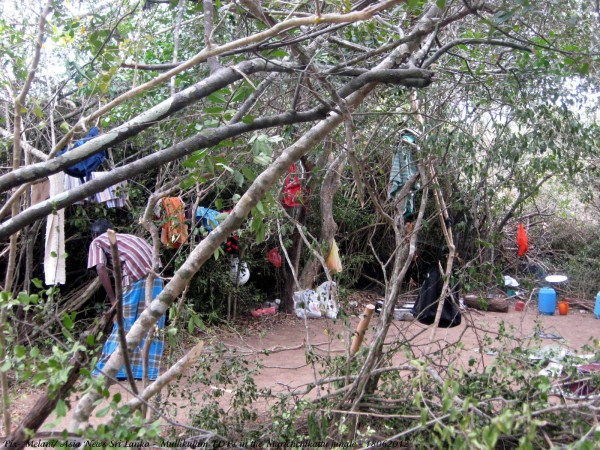 However, since the start of the conflict – which hit the northeastern provinces of Sri Lanka – the community has lost all political, social, economic, cultural and environmental rights.
The population was forced to leave the village for the first time in 1990. In 2002, with the signing of a peace agreement thanks to the mediation of Norway, the people returned to their villages. But in 2007, when the conflict resumed, the people once more found themselves without anything. 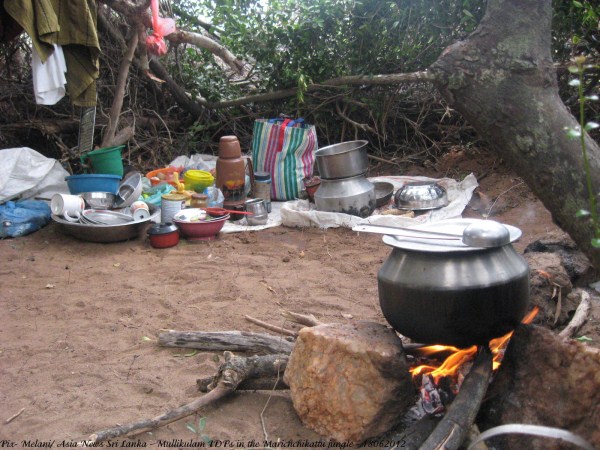 “The army”, one evacuee, who remains anonymous for reasons of safety, told AsiaNews, “told us to leave all our stuff and not take anything with us. It was only supposed to be for three days, then we would return to our homes.
Five years have passed.” They were all scattered throughout Thalvuoadu, Valkeipetrankandal, Thalaimannar, Nanattan, Madukkarai and Mannar, while another 400 families are living in their homes.

Why can’t we return to our village?
Since 2009, by which time the war was over, many worked to support their cause and to ask that these people be resettled in their homes.
Among many others was also the Bishop of Mannar, who together with other bishops of the north went all the way to President Mahinda Rajapaksa. 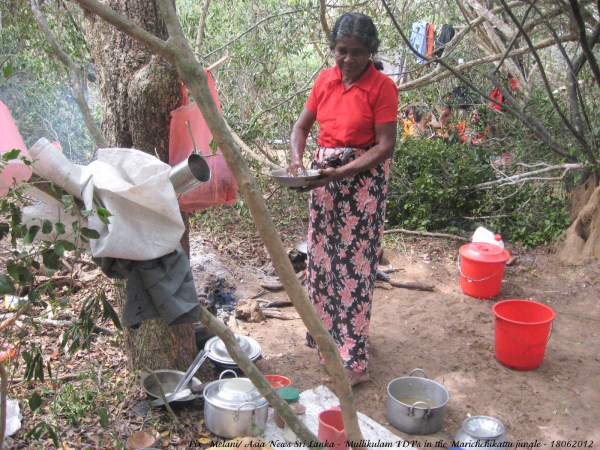 The same population has tried in every way to attract the attention of the authorities to their case, but without success. The government has always “justified” their silence on the issue by claiming the need to keep the area a “high security zone.”
In fact, some say the issue results from a project of the Sri Lankan Navy, which allegedly has chosen to build a new naval base right in the area of Mullikulam. “We will let you use our land”, some evacuees have tried to say, “even if it is ours by right. But at least, let us live nearby.”

The government’s solution
After numerous appeals, peaceful marches and petitions, in February 2012 the Secretary of Defense agreed to visit the people, to find a solution.
The reply came from the authorities: “You cannot return to your homes. You will be settled near the village of Mullikulam”. That is, in the jungle of Marichchikattu.
“We had no choice”, said another community leader, also anonymous, “we no longer wanted to be a burden for all those who have helped us over the years. So, on June 15 we moved to this forest. Our hope is to establish ourselves in the village of Manangkadu.
But we have absolutely nothing. After 30 years, we have to rebuild our lives again.”
Winifreeda Cross, a fisherwoman, says: “Even today, there is no way to have a peaceful life. There are mosquitoes everywhere that keep us from sleeping at night. Moreover, in the surrounding areas it’s full of elephants.
We came here because we have decided to sacrifice our lives for the future of our children. But we are afraid. If we don’t manage to survive these difficulties, what will we do?”.
However, the problems don’t “just” concern the jungle. The area where they live now, in fact, belongs to the State Forestry Department. This means that without an official license, people cannot touch the land, neither to build houses, nor to cultivate it.
“There would be fishing”, says Francis Joseph, a community leader, “which has always been one of our main activities.
The Navy has given us permission to fish in the area. But how can we do this, without equipment? When we were displaced, we had to leave everything.”

Hopes for the future
From June 15 until today, the Navy has “built” two bathrooms, and given them a tank of water, enough for the minimum needs of these people. Nothing compared to the real needs of the community.
“We need boats”, said Fr. Sarath Iddamalgoda, a human rights activist, “fishing nets, fishing lines, motors, lamps, mosquito nets, dry food rations, kerosene. We are witnessing an intolerable discrimination, because for no reason these people are being prevented from returning to their places of origin.” courtesy: AsiaNews