Recommendations made by the Treaty Bodies and Special Procedure Mandate Holders are being implemented, Sri Lanka tells UNHRC 40. 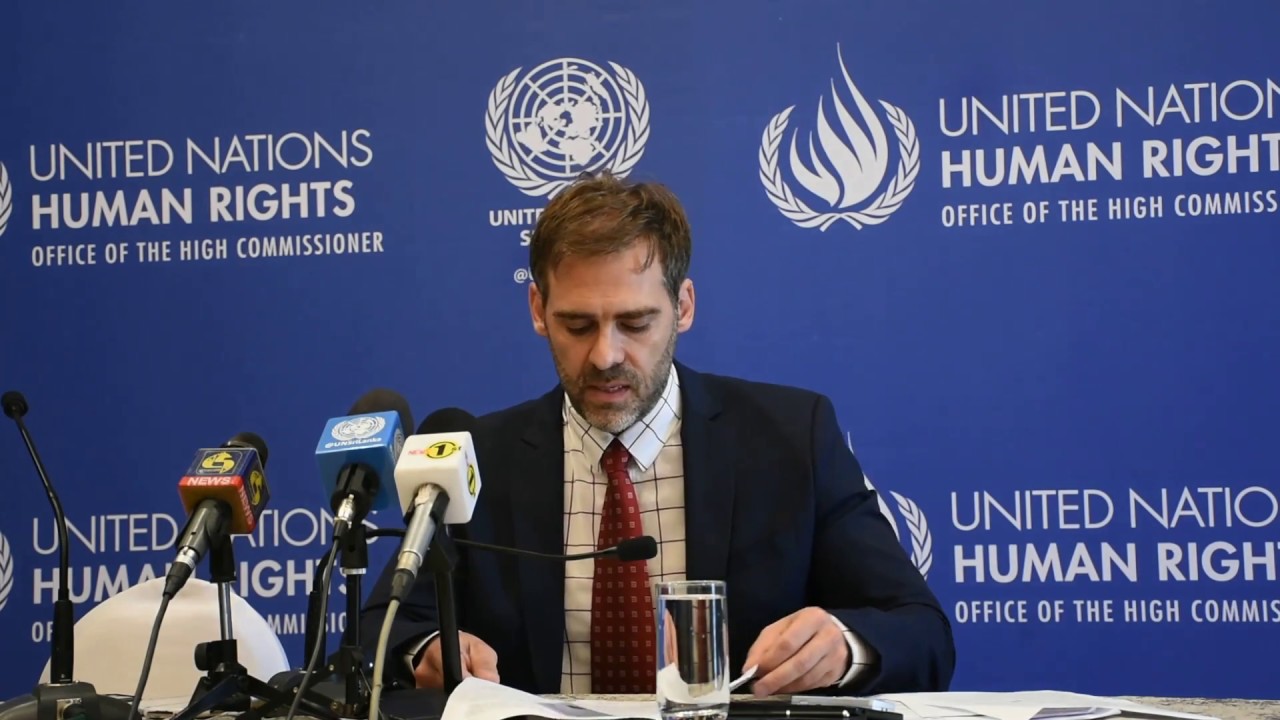 We consider this dialogue, today, as an important opportunity to share further views or to draw attention to some significant developments, relevant to the matters raised in his Report. We note that this is the first time that a set of guiding principles on human rights impact assessment has been proposed to this Council, and we appreciate IE for the initiative taken.

Mr. President, First, we would like to assure IE that we remain ready to give positive consideration to his recommendations when developing programmes and policies for socio-economic development and introducing other relevant measures including legal provisions as may be required. Mr. President, As of date, 8 Special Procedures, including 2 Working Groups, have undertaken visits to Sri Lanka.

Visits by three Special Procedure Mandate Holders are scheduled for 2019. We have engaged with 6 Treaty Bodies since 2015. The UN Sub-Committee on Prevention of Torture is also due to visit Sri Lanka this year. Several of the recommendations made by the Treaty Bodies and Special Procedure Mandate Holders are being implemented, while several others are being positively considered. Mr. President,

Let me now briefly highlight some further observations from a broader policy perspective. Sri Lanka has steadfastly pursued economic, social and cultural advancement as a developing country, with the same emphasis and thrust as for protection of civil and political rights since becoming a State party to the covenants on civil and political rights, and economic, social and cultural rights. The welfare state policies followed by successive Sri Lankan governments, guaranteeing among others, free education as far back as 1945 and free and universal healthcare since 1951, bear testimony to our national approach to inclusive, participatory development. The ongoing efforts at recognizing ESCR as fundamental rights, the adoption of a National Human Rights Action Plan with a separate chapter on ESCR, strengthening of anti-corruption bodies, and measures to protect the rights of women, children, IDPs, and persons with disabilities, go a long way in empowering people through an increasingly integrated rights-based approach, especially following the adoption of the 19th Amendment to the Constitution.

Sri Lanka’s 5th periodic report under the Covenant on Economic, Social and Cultural Rights and the review conducted by the Treaty Body in June 2017 attest to the progress made by Sri Lanka in taking forward commitments under the Covenant as well as to the challenges faced, as a developing country. The Government of Sri Lanka continues to accord high priority to poverty alleviation.

A holistic approach is being followed in addressing poverty and advancing national development. The Vision 2025 provides a comprehensive policy framework to alleviate poverty including through addressing regional disparities, with particular emphasis on sustainable development and strengthening economic and social rights. A gradual and continuous decline in poverty levels can be observed over the years, with poverty as a head count dropping from 6.7 percent in 2012/13 to 4.1 percent in 2016. With regard to effective follow-up on theUN Development Agenda- 2030, Sri Lanka has established a Sustainable Development Council following the enactment of the Sustainable Development Act. We have submitted our Voluntary National Report to the High-Level Political Forum (HLPF) in New York in July 2018. Specific projects aimed to advance rural development, with a strong emphasis on poverty alleviation, include Decentralized Capital Budget Programme, Rural Infrastructure Development Programme (RIDP), Best Rural Development Project and Gamperaliya (Village Transformation) Programme, among others. The objective remains to enhance employment and livelihood opportunities through development of supportive infrastructure and uplifting of socio-economic status of all communities. Further, in strengthening the Samurdhi programme, the Government pays emphasis on livelihood development and micro-financing aimed at income generation, in a manner sensitive to people’s needs.

It is noteworthy that 45% of the elderly population in Sri Lanka is covered by social protection.

On addressing indebtedness, regional review programmes, an objective of which is to generate awareness have been conducted with the participation of Grama Niladhari officers and bank officials. The difficulties faced by customers are being addressed as a matter of priority. Establishing social protection measures for Female Headed Households and women affected by conflict to reduce poverty and debt burden is listed as an action point in the NHRAP.

On the area of regulation, tax evasion will be considered for inclusion as an unlawful activity in the amendments proposed to the Financial Transactions Reporting Act (FTRA) in 2019. Sri Lanka has identified the need for a comprehensive approach for the regulation of Microfinance sector. The need has been identified for the regulation of all money lending and credit providing entities. The Central Bank has identified the need for collection of comprehensive data on the microfinance industry in Sri Lanka.

Mr. President, On the anti-corruption front, in addition to further strengthening the independence of the Bribery Commission, the 19th Amendment to the Constitution has given specific recognition to the UN Convention against Corruption. The National Action Plan (NAP) on Anti-Corruption has now been finalized, and consultations are underway to amend the Declaration of Assets and Liabilities Act. Through the enactment of the Right to Information Act, a culture of openness has been established, which is an important criterion to combating corruption.

Mr. President, On creating a conducive environment for enhanced women’s participation in the economy, measures taken include initiatives aimed to ensure good quality, affordable child care facilities and transportation, legislative and policy measures. Facilitating parttime and flexible work arrangements, improving maternity benefits for private sector employees, and enhancing access to tertiary education and vocational training remain among important priorities. The proposal to introduce a “single employment” law will help entrench the principle of non-discrimination in the labour market. The Government has ensured the allocation of at least 25% of investments channeled through line ministries, provincial councils and district secretaries, for the economic development of rural women.

A National Action Plan for Women Headed Households has been developed focusing on health, livelihood, support services systems, security, social protection, policy formulation and awareness-raising. The Government’s decision to support women affected by natural disasters recently, by writing off their debts in the Northern, Eastern, North-Central and North-Western provinces is noteworthy. Following the introduction of a mandatory 25 % quota for women in local government authorities, under the new electoral system, 2,526 female local councilors have been elected. These are but a few among the progressive measures already taken, or currently underway. They, however, have the effect of further improving the economic and social conditions of the people of Sri Lanka and enhancing their social advancement. They combine to make a significant contribution towards minimizing the impact of debt on the enjoyment of human rights. Thank you, Mr. President.

(Emphasis and paragraphs by SLB)