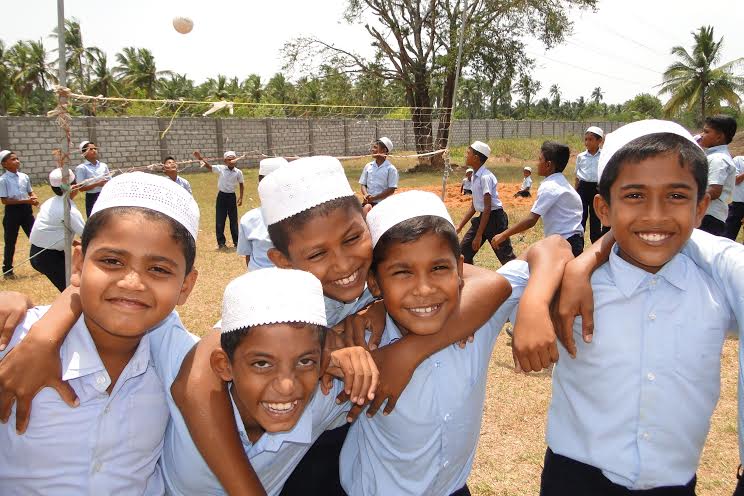 3. Sri Lanka is a multi-ethnic and multi-religious society comprising one large ethnic group (Sinhala) and several much smaller ethno-religious groups: North-Eastern Tamils (11.1% in the total population); Muslims (9.3%); and Up-Country Tamils (4.1%) , and Tamil is their first language.

4. The three decade of the ethnic conflict which resulted in a full blown war in 2009 has impacted the majority-minority relations in the island, leaving behind challenges within the constitutional, legal and policy framework of the minority rights discourse including the stark reality of a narrative of bipolarization of the political imagination of a multi-ethnic society; marginalization through displacement and within minorities. No doubt that the new government will be confronted with the every reality of the war as it grapples with the establishment of mechanisms for reconciliation, truth
seeking, non-recurrence and accountability.

5. One estimate suggests that 75,000 people were killed as a result of the war since 1983. 290,000 persons were displaced often on multiple occasions. In March 2009, estimated 150,000 to 190,000 people, most of those were North-Eastern Tamils, were believed to be trapped in a small corner of the Vanni, subjected to the forced LTTE conscription and denial of the freedom of movement, under constant shelling and with insufficient water, food and medical care.

6. Since the decolonization in 1948, there has been legal, political and economic discrimination of minorities including racist violence against them. For examples: the disenfranchisement and deprivation of the citizenship of Up-Country Tamils; the ‘Sinhala Only’ language policy; anti-Tamil riots such a in 1958, 1977 and 1983; discrimination in access to State lands and development funds;and poor quality of housing, health and education in estates.

7. The Northern Muslim populations were forcibly evicted from their homes and lands by the Liberation Tigers of Tamil Eelam (LTTE) in 19906.

8. Tamils of Indian origin, also known as plantation Tamils or Up-Country Tamils, comprise about 4.1% of the Sri Lankan population . They were originally brought to work as bonded laborers in the tea,coffee and rubber plantations in Sri Lanka by the British around 1820 during the colonial period.Some Tamils of Indian origin came to Sri Lanka as traders and settled in Colombo and other urban areas. A large part of the Indian Tamil population remains in the central, plantation areas of Sri Lanka,while approximately 6% of them have moved to other parts of the country in search of various employments.