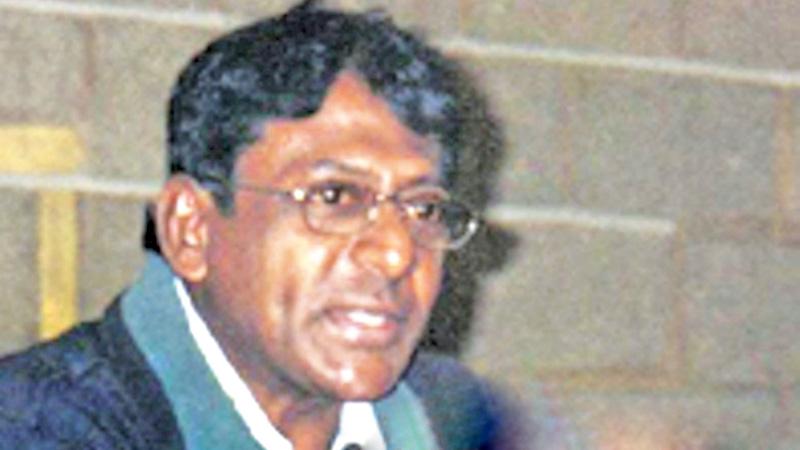 Early this week, Tamil political prisoner Thevathasan Kanagasabai (62) alias Nadan incarcerated in the high-security Welikada Prison agreed to suspend his fast unto death protest following the intervention of Minister Mano Ganesan. Kanagasabai was into the ninth day of a hunger strike demanding that he be granted bail to fight his case or be released on humanitarian grounds when his health had taken a turn for the worse. The intervention by the Minister of Rehabilitation, Resettlement and Hindu Religous Affairs perhaps had saved his life.

Visting the Prison, the Minister had convinced Kagasabai to give up his fast assuring him that he would table a cabinet paper in two weeks proposing the release of all Tamil political prisoners. “This prisoner was not protesting for himself alone, it was on behalf of all Tamil prisoners languishing in jail for many years,” Minister Ganesan told journalists outside the prison.

But the issue of Tamil political prisoners arrested under the Prevention of Terrorism Act (PTA) considered to be draconian by activists, has been ongoing since the end of Sri Lanka’s long-drawn conflict. Protests and similar hunger strikes have followed, promises were made by political leaders only to be broken later, activists said. Despite Ganesan’s assurances to Kagasabai, Head of the National Movement for the Release of All Political Prisoners, Rev. Father Marimuthu Sakthivel expressed his doubts if the efforts of Minister Ganesan would bear fruit. “At a time where the government has even refused to admit these are political prisoners it is unlikely the Minister’s actions would lead to their release,” he told the Sunday Observer.

Fr. Sakthivel believes this is yet another political trick to hoodwink the prisoners and their families. “The cabinet cannot release them,” he noted adding that bail for those like Kanagasabai would only be possible through the abolishment of the PTA. “This would have to go through parliament,” he said. But with the Easter Sunday attack suspects being arrested under the PTA will need to be kept incarcerated, Fr. Sakthivel said. He believes it is unlikely that abolishment of the PTA would now be possible. “Therefore promises to get the prisoners released in this manner will not happen,” he said. If true, this would mean Kanagasabai’s renewed hopes of being released based on the Minister’s promises would be in vain.

Kanagasabai was the Director of the Tamil Unit of the National Film Corporation when he was arrested under the PTA in 2008. The allegation was that he had aided and abetted the LTTE orchestrated bomb attack at the Fort Railway Station on February 3, 2008. The suicide attack had ripped through platform number three of the bustling railway station killing at least 16 civilians including eight students of the D.S Senanayake College Base Ball team, and their coach. The youngest victim was a 12-year-old girl. The attack left almost 100 others with serious injuries.

Arrested by the CID under suspicion of being an LTTE member connected to the attack and charged with Section 3 (b) of the PTA, Kanagasabai spent nine years behind bars without bail before he was sentenced to 20 years of rigorous imprisonment by the Colombo High Court on March 29, 2017. He had also received a life sentence on another charge. Handing the sentence to the accused High Court Judge Piyasena Ranasinghe at the time had observed that the prosecution had proven the guilt of the accused beyond any reasonable doubt.

But Kanagasabai has always maintained that the allegations against him are false. According to him, the evidence used to allegedly frame him, a confession to the terrorist act by Kanagasabai himself had been obtained by coercion. Confessions are readily admissible in cases filed under the PTA.

According to Rev. Father S.V.B Mangalarajah, President of the Justice and Peace Commission of Jaffna the only evidence provided against Kanagasabai was this forcibly obtained confession. “It was taken under torture,” Fr. Mangalarajah said at a press briefing held in Jaffna this week. Unable to afford lawyers, he had to represent himself which was also detrimental to his case, Fr. Mangalarajah added.

Nearly 105 other Tamil prisoners identified as political detainees by activists are also making similar claims. Out of these 37 have been convicted while 17 others are appealing their sentences. Many of the prisoners according to the activists have been subjected to prolonged detention often without charge for a significant number of years. Some detainees have been acquitted in recent times after spending over 10 years behind bars.

But while the number of political prisoners in incarceration has decreased over the years, according to Fr. Mangalarajah the reason is not due to the government taking action to release them but because some were acquitted after prolonged detention while other prisoners like Muttaiah Sahadevan, an accused in the Lakshman Kadirgamar assassination case, died in prison without their cases being taken up before courts. According to Shakthivel the Attorney General’s Department has shown no interest in expediting the cases, often failing to send State Counsels on Court dates which are few and far between.

But responding to these allegations senior officials from the Ministry of Justice and the Attorney General’s Department said they have been unable to file indictments in some cases against former LTTE cadres, as witnesses have refused to testify against the accused due to fear. Many of these are accused of perpetrating horrific attacks against civilians and other terror activities during the country’s conflict years a source said.

“Some of those detained who are demanding to be released are well trained and die-hard members of the terror outfit,” an inside source from the Ministry of Justice said adding that witnesses, including rehabilitated cadres, are still too afraid to provide evidence against them.

“The Tamil prisoners accused of terrorist activity now being held in the Anuradhapura prison, for example, are such members of the LTTE” the source added. “Nearly 10 years after the war the fear among the witnesses remains leaving the AG’s Department in a dilemma,” he said.

However the families, students and activists have continued with their protests and the prisoners have gone on hunger strikes demanding their release. A plethora of political promises has also been made promising to ensure their release.

In April last year, the Tamil National Alliance (TNA) reportedly sought the release of all Tamil political prisoners to pledge their support for Prime Minister Ranil Wickramasinghe when a no-confidence motion was brought against him. Later that year a team led by TNA leader R. Sampanthan also met President Maithripala Sirisena when a number of Tamil prisoners in the Anuradhapura Prison commenced a hunger strike. During the meeting, the TNA had requested the President to resolve the issue. However, the efforts have all been unsuccessful resulting in a deep distrust of politicians among the prisoners as well as the activists fighting for their release.

“The issue of the political prisoners is also a North and East political issue,” Fr. Shakthivel noted adding that it is questionable if other Tamil politicians such as the TNA would support Ganesan in his cause. With elections looming close, Fr. Shakthivel claims one politician or party would not allow another to score points such as by becoming successful in obtaining a resolution for the Tamil political prisoners issue. “How will the TNA engage in politics in the North if Ganesan is successful in his efforts when they have failed continuously?,” he questioned adding that any piecemeal solution now would be for mere political gain.

Nevertheless, a more hopeful Fr. Mangalarajah called on all Tamil politicians to unite and pressurize the government to deliver a solution. “Take steps to get them released on a humanitarian basis or at least expedite their cases” he urged. According to Fr. Shakthivel the only acceptable solution now is a political one. “A political decision on this issue must be made,” he stressed adding that the issue of the detainees is not a legal issue as being claimed by the government. “All Tamil political prisoners, therefore, must be released now unconditionally” he added.