President Sirisena, playing with fire, must take note that smoke will get into his eyes – Shaymon Jayasinghe 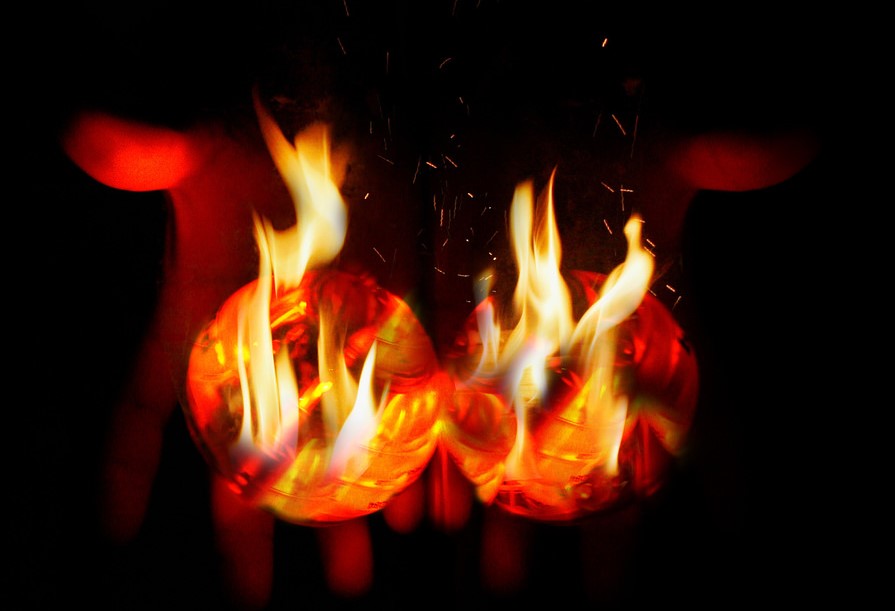 “This time President Sirisena’s sword is nearing his own neck; not mere smoke flooding his eyes.”

Penchant for playing with fire

President Gamaralalage Sirisena has always had a penchant for playing with fire. He did fire-play at the local government elections when he made a disastrous U-turn and went round country blasting the party and its leader that put him into power. He, next, flopped in an attempt to join his former political enemies and oust Prime Minister Ranil Wickremesinghe. Unscathed by these foolish moves, the UNP and its leader managed damage control without saying a word. Ranil acted with Buddhist restraint and upekka.

Sirisena should have learned a lesson and turned a new leaf. But no, he must continue to play with fire as some kids are prone to do. The latest that that has come to light is the episode of Sirisena’s alleged interference to defend Chief of Defence, Admiral Wijeguratne against the CID. The Admiral, in the meantime, fled to Mexico for a public event. The CID has ordered Wijegunaratne’s arrest and if the going goes their way the latter will be arrested upon return at the airport

“I condemn the actions of FCID, the CID and the Bribery Commission,” cried Sirisena. “They should not work according to a political agenda. If they do, I will have to take stern action against them. I deplore their recent actions and I want to express my disgust.”

The facts are so clear as daylight that one cannot honestly see any political agenda that drives the organisations referred to. In fact, the universal complaint is that these institutions are too slow “to catch the rogues.” Looking at the bare facts, it seems that Sirisena is unhappy that the investigating bodies aren’t acting according to his political agenda.

Here are the facts: Lt. Commander Chandana Hettiarachy is a suspect in a case where 11 children had some years back been abducted and killed over a ransom demand. This is a most serious offence. The brutal killing of kids makes that outrageous, inhuman, and shocking by any standards. The incident is so undermining for any society that society cannot simply tolerate it and, therefore, all those suspect must be investigated freely and thoroughly and brought before court. One might remember that this same Chandana Hettiarachy was suspect in the Raviraj killing.

The matter took a worse turn when it was alleged by a presently serving Lt. Commander of the navy that Hettiarachy had been allowed to escape and leave the island on the sly by the Chief of Defence, Navy Admiral Wijegunratne himself. The CID has already told court that Admiral Wijegunaratne gave half a million rupees in cash to help navy intelligence officer Hettiarachchi Mudiyanselage flee the country.

According to reports Sirisena was miffed by CID about the imminent arrest of Wijegunaratne. Sirisena has not denied this to date. A report in ‘Economy Next’ (14 September) alleges that Sirisena had even attempted to get the Police not to cooperate with the CID during these investigations. Sirisena may, thus, well have been aware at the time that Wijegunaratne left for overseas.

How could the President of our country – the highest in our land – even think of intervening in a case like this? A country has to sink to a deep low for a thing like this to happen. Citizens would lose all hope for justice if this happens. This all means that on this occasion President Sirisena has got caught in an inferno and not a mere fire.

On 13 September the President summoned a special cabinet meeting seeking cabinet backing for restraining judicial action on this case. The Prime Minister and some other Ministers had been away but yet Sirisena thought it appropriate to summon a meeting; it had been such a matter of urgent importance to Maithripala Sirisena – the self-acknowledged vanquisher of corruption. Fortunately, the Cabinet did not give assent to Sirisena’s wishes. This time President Sirisena’s sword is nearing his own neck; not mere smoke flooding his eyes.

We know how President Sirisena began his fire-play by removing that very honest Bribery Commissioner, Dilrukshi, for allegedly arresting one of Sirisena’s supporters.

I wondered then why Sirisena signed up at all for a Yahapalanaya order to replace the previous abusive regime. The central tenet of Yahapalanaya is that nobody is above the law and that all alleged offenders have to account for their behaviour before court. The courts must be let free to adjudicate without reference to status or connections of the accused. If this fundamental principle is denied then Yahapalanaya becomes a joke.

Readers, just look at Sirisena’s logic: “We must not take action against military personnel who won the war for us.” Wonder how he reacted in the cabinet of Rajapaksa when the very Army Commander, who commanded the war, had been dragged and thrown into jail on framed charges by the then President. Sirisena never evinced any such moral conscience during those dark days of foul play.

Be that as it may, the weakness of an argument can be demonstrated if one logically extends its play to show its absurdity. This is called in logic, reductio ad absurdum. In this particular instance, the Navy is charged with having run a mafia-like clique that kidnapped rich families for ransom. Following the line of reasoning here, if that kidnapping arm extended itself so widely as to operate in open space as it wills, that should be alright.

No rich family would be safe. They could even rob banks or rape in public if they found an attractive woman or girl. Your wife or daughter can be raped by a soldier alias ‘ranaviruwa,’ but that would be fine. Leave him all alone. In my case, I wouldn’t dare to argue with a soldier for he can shoot me if he thinks he must get rid of me. A soldier can relieve you of your purse. Leave the guy alone. The worst of all, a soldier who fought in the war can assassinate the President or any given high profile VIP; but ‘hush,’ don’t touch the soldier!

Non-soldiers, however, cannot do any of these “illegal,” things. We must answer to court and be prepared to go to jail. In this way, two systems of law would operate-one for soldiers and one for us. The first one let us call ‘ranaviru law,’ and the second one, ‘civilian law.’

Again, there is a danger in such a situation because the non-soldier component can use the soldiers to commit any crimes they want to engage in-bounce off an enemy, rob a bank, rape a girl or, simply, pick a pocket. Who knows even in this particular case non-soldier mafia may have employed the navy to do their dirty work. Such a development is inevitable in this dual system as it would give the non-soldier offender protection to perform his crimes.

I know, these examples are extreme and laughable; but they are logical consequences of the ranaviru logic of President Sirisena.

It occurs to me President Sirisena may be doing all this to prepare the ground for an obstruction to any possible arrest of Gotabaya Rajapaksa in the future.

(The writer can be reached via [email protected]) /FT