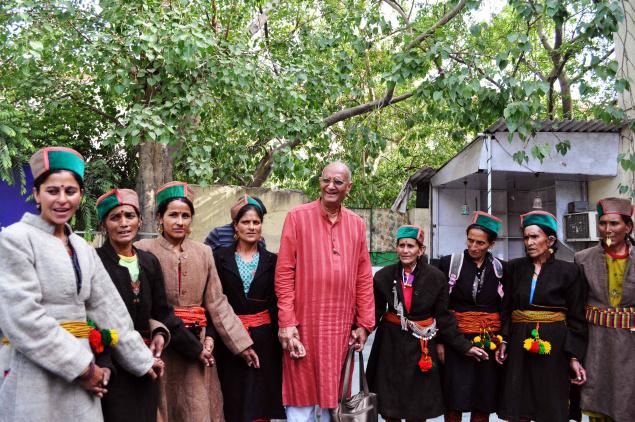 Speaking to Express from Dehradun, Kaushal, who runs an NGO, Rural Litigation and Entitlement Nework, said that he had first met Mahinda Rajapaksa when the latter was Fisheries Minister in of Chandrika Kumaratunga government. In 1999, Rajapaksa had come to attend an international seminar organised with help of NHRC on tribal rights. “That was the first time I had met him,” said Kaushal.

Apparently, Kaushal had at first turned down the offer to be part of the panel. “I had first got a phone call from the (Sri Lankan) president’s office. I refused citing my busy schedule,” he told Express.
But, then the Lankan president himself phoned Kaushal. “He said that I am the right expert for this panel”.

Kaushal said that the Indian government did not have any role in the matter, but were in the loop. “A few days after the call, I was visited by officers from the IB. They came twice,” he asserted. He felt that perhaps the India did not want to have a “visible role”, as it “could provoke political parties in the south”.

The Sri Lankan government had broadened the scope of the commission in response to the UNHRC probe, which it repudiated. Colombo has already notified three foreign experts to the commission. Kaushal, along with another Japanese expert, is likely to be announced through a gazette notification this week.
[Original caption: No Role for India in My Nomination to SL Panel: Kaushal]
Indian Express