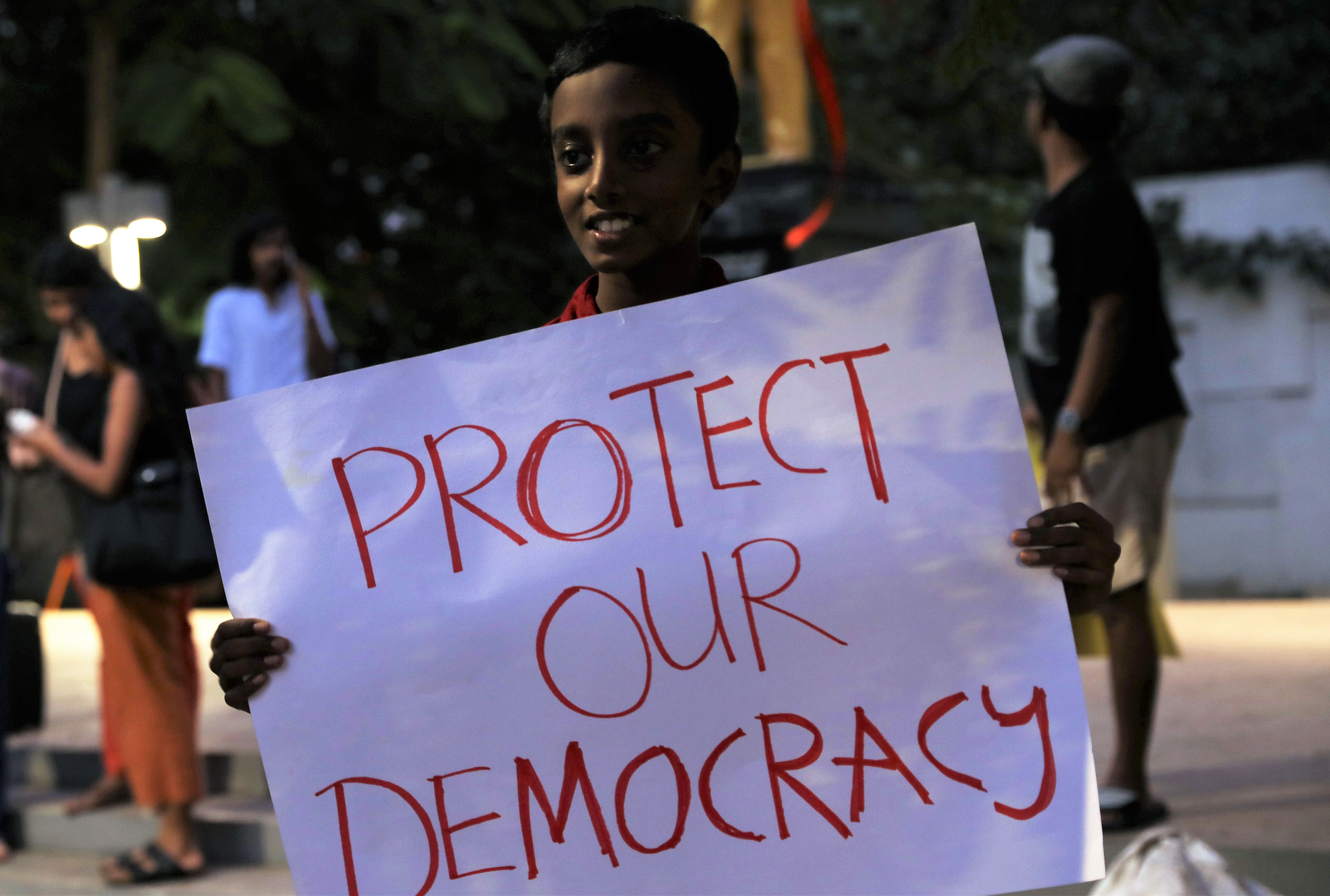 Any day is important, and some days are extra- special. However, the events that unfold on that special day would be fermented for over the years. Some years are extra-special too. The year 2019 is one such year. As the presidency enters into its fifth year, this would be the election year.

This is also a crucial year on its own, rising from the ruins of the crumbled political alliance of Yahapalanaya and four years of economic stagnation. Causal effects of the not-yet-fully resolved political upheaval may also suggest that this year is an extension of the previous year, with all its ugliness and polarization.

However, none of the implied and predicted adversities is set in stone. They can be overcome. How that is achieved would need a bit of common sense, and grassroots touch.There are many possible futures, and among them are more likely ‘ plausible’ and ‘probable’ futures. These probable scenarios are based on flow of events, personal/ political preferences and prejudices of leaders, and major events.

The widening gulf between President Maithripala Sirisena and the UNP/UNF government of Prime Minister Ranil Wickremesinghe would likely overshadow this year. President Sirisena lost his political gamble, and beat a retreat, for the time being. But a man who in his teens set ablaze a paddy field to settle scores with his grand father, may not take it lying down.

PM Wickremesinghe’s over blown ego does not help either. Add to this is the President’s temperament and rash judgements. This conflicting dynamic portends another show down in the immediate future. The country and economy would take the brunt of the fall out.

Second scenario is that even if he did not opt for a direct show down, President Sirisena would play the role of saboteur of the government’s economic policies and proposed constitutional reforms. That would also lead to a political stalemate.

Third scenario is a potential impeachment of the president, which may lead to a tit -for-tat prorogation of Parliament and another long political stalemate.

Fourth, the economy is unlikely to perform better. Economic growth of 2018 is expected to be below 4%, (the growth rate of 2017 was 3.1%) The government has effectively presided over two consecutive years of growth that is below the post-independent average of the country.

The government lacks decisiveness and pro-activeness in its economic handling. Its vacillation in the implementation of development projects, allegations of corruption and red tape associated with Foreign Direct Investment projects, and the deficit of populist legitimacy have heralded a period of economic stagnation.

All these factors would come to play in the final scenario: elections. Sri Lanka goes to a presidential election due by January next year (2020). The UNP, already fraught with internal rivalries and, maligned by a poor economic record would be compelled to pick a candidate. Whoever the selected candidate was, would also be the prospective leader of the UNP after the election.

That prospect makes anyone other than PM Wickremesinghe a difficult compromise for his coterie in the UNP. That would also revive the infighting between the Sajith Premadasa loyalists and Wickremesinghe’s. A wrong choice and internal acrimony would weaken the UNP before it goes to election, against, say for instance, Gotabhaya Rajapaksa, or any of MR’s handpicked nominees.

However, it is not the UNP’s political fortune that is at stake. If it fails the acid test of the presidential election, much of the democratic reforms that were painstakingly achieved so far would be reverted by a future authoritarian president. Sri Lanka will be back to square one. However, there is always a preferred future, and the government should strive to shape events to reach that end.

The preferred future would be, in the first place, to avert an authoritarian take over of the government through election, and second, fast tracking economic development by the government playing the role of the catalyst.

PM Wickremesinghe’s over blown ego does not help either. Add to this is the President’s temperament and rash judgements. This conflicting dynamic portends another show down in the immediate future

The first task should be identifying the inadequacies of the government that has caused an erosion of its popularity with the public. The problem lies, partly , in its failure to communicate its vision and achievement to the people. Even the significant achievements of democratic reforms are lost in the nationalist uproar of bigots who see an international conspiracy even in the independent courts. The government’s publicity campaign should be forceful enough to overwhelm the retrograde populism of its opponents.

The second problem is none other than democratic reforms, this government has nothing to show. The largely rural, conservative electorate in the country needs jobs, infrastructure and better living conditions. When the government is not capable of providing that, they turn to the populist nationalists who reawaken their primordial ugliness.

Time is in short supply to do much in this front. Key areas that need concerted reforms if Sri Lanka is to leap frog economically, such as education have been handed over to clowns. Investors have shied away not just due to policy uncertainty and red tapes, but also due to alleged demand for bribes.

However, even at this late stage, the government can salvage some of its legacy . It should fast track large scale development projects. Expediting the Hambantota FTZ would be a good first step.

The third is the minority interests. The UNP has a better chance of winning a presidential election than a parliamentary one, thanks to the large swathe of minority voters. The UNP should devise means to sustain their support.

The fourth is the probability that usually polarized and opportunistic Sri Lankan politics, re-energized under MR would try to scuttle any of the government moves such as those taken to address legitimate grievances and political aspirations of Tamils and Muslims.

There, PM Wickremesinghe, who reveres JR Jayawardene, who is a sub-par leader of his generation, can learn from far more successful ones, Lee Kuan Yew, Mahathir Mohammed etc.

They all lessened the corrosive effect of chaotic and polarized local politics by running rings around their opponents. But, they did not do so by turning a blind eye to ethnic pogroms as JR did. Instead, they used courts, which nonetheless were at their beck and call.

The Rajapaksas themselves and their inner circles are facing series of corruption charges. Potential Presidential contender, Gotabhaya is accused of large scale human rights abuses, including complicity of extra-judicial killings, disappearances and massacre of inmates in the Welikada Prison.

The government should demand speedy hearing of these cases and allocate resources to the special courts and provide additional financial assistance and expertise to the Attorney General’s Department, CID, anti-corruption commission and other apparatus. Instead of helping, this government has undercut the legal process. It has also been the beginning of the government’s undoing.

Due process of justice, if undertaken, would remove from the equation individuals who pose a grave danger to Sri Lankan democracy. A government with a shred of realism would have done just that. That is in its self interest too. That would, not necessarily turn Sri Lanka into a paradise. But, it would definitely remove the prospect of some of the dreaded scenarios of probable futures post 2020.