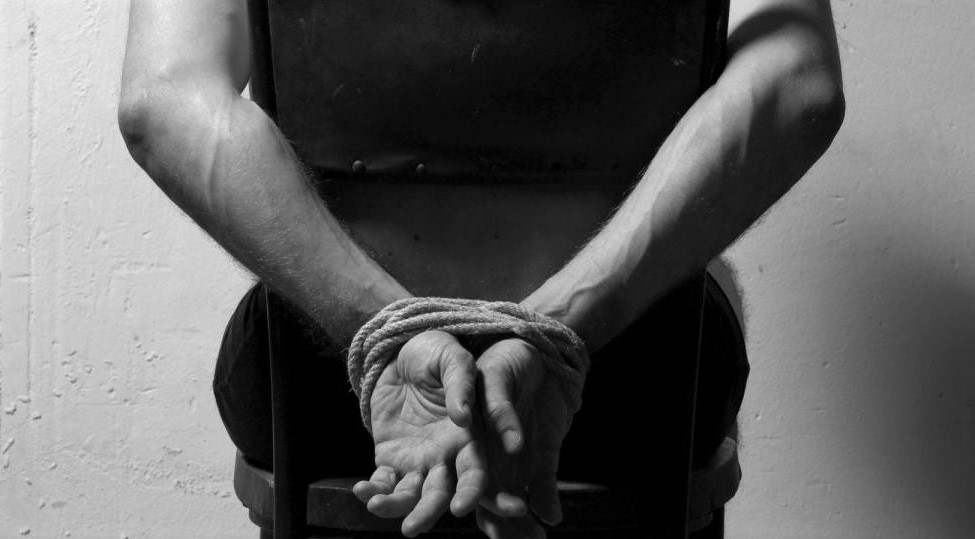 Abduction and demands for ransom by some officers of Kuda oya Police Station.

Two young men named Wicramage Shanaka Chathuranga and Wicramage Eishan Chintaka Lakamal both from Ambilitiye were abducted under suspicion of the theft of four buffaloes.

At the police station, they were severely tortured. According to the family, the family members were denied access to the suspects and the police denied having abducted or taken them into custody. Later, on information received by the family, they inquired from the Kuda oya Police and heard the both suspects shouting “Buddhu sir please do not torture us”. Then, one of the officers according to the family, contacted the father of these two young men and demanded Rs 1 Million for their release saying “well, you have the money, why do not you give Rs 1 million, we can settle this.”

Subsequently, the two suspects were brought to the police station and judicial medical officer examined them. They are now being treated for their injuries.

None of the police officers has been arrested for this torture, abduction and attempted extortion.
The family has made complaints to all the relevant authorities. However, they are afraid that the authorities will try to hush up this and will not conduct a proper inquiry.

The OIC of the Kuda oya police station and the ASP of the area should also be held responsible for this torture, abduction and extortion practiced by the police officers under their charge.

Murder at Pugoda Police Station- OIC has not yet been arrested

On October 11, a young man Gayan Pushpkumar, 21, was arrested by the officers of the Pugoda Police Station on mistaken identity. Initially, he was suspected of having robbed some money. However, later, the money had been found in the very house the money was supposed to be stolen from.

In between the suspicion and the actual discovery that the arrested suspect had nothing to do with the alleged crime, the suspect was hit and kicked on his belly by the Officer In Charge of the Pugoda Police Station, the family members have revealed. As a result of these kicks, he got seriously injured and thereafter he was declared dead. When the family tried to make a complaint to the police at the same police station, the statement was not recorded. Instead, the OIC of the police station attempted to come to some settlement on the matter, which the family has refused.

Although an inquiry has been ordered by the acting Inspector General of the Police the OIC has not been arrested. In any other case of similar murder with eyewitness and medical evidence, the accused would have been arrested and produced before a court.

The law does not provide any special treatment for policemen or even officers who commit murder however, the actual practice is that such officers who commit murders receive special protection.
The first step that needs to be taken to ensure a genuine inquiry and also to ensure protection for witnesses is for the authorities to arrest the OIC and bring him before the court.

Custodial deaths at police stations remain a common occurrence. Neither the police authorities or the police commission seem to show any interest in preventing such murders. The government of the President Gotabaya Rajpaksa has also not made any policy statement or issues any circular or instructions to being this practice to an end.

The assistant superintendent of the police who is in charge of the area should also be questioned as to what action he has taken to investigate this murder and what instruction he has given to the police to ensure that the suspects are not tortured or murdered.