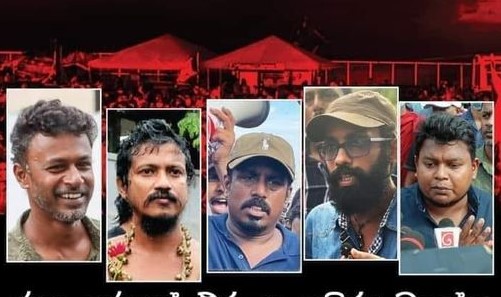 Police have obtained a court order to  arrest nine leading GoHomeGota activists for alleged violent incidents at Fort and Talangama on June 6 and 9. The order was given by  Fort Magistrate  Thilina Gamage.

Police said B report has been filed in Court against the suspects who were found to have been involved in the violent acts in front of the Police Headquarters and Isurupaya Education Ministry on June 9 and 10.

Police media spokesperson issued a Sinhala only press release on the court order; 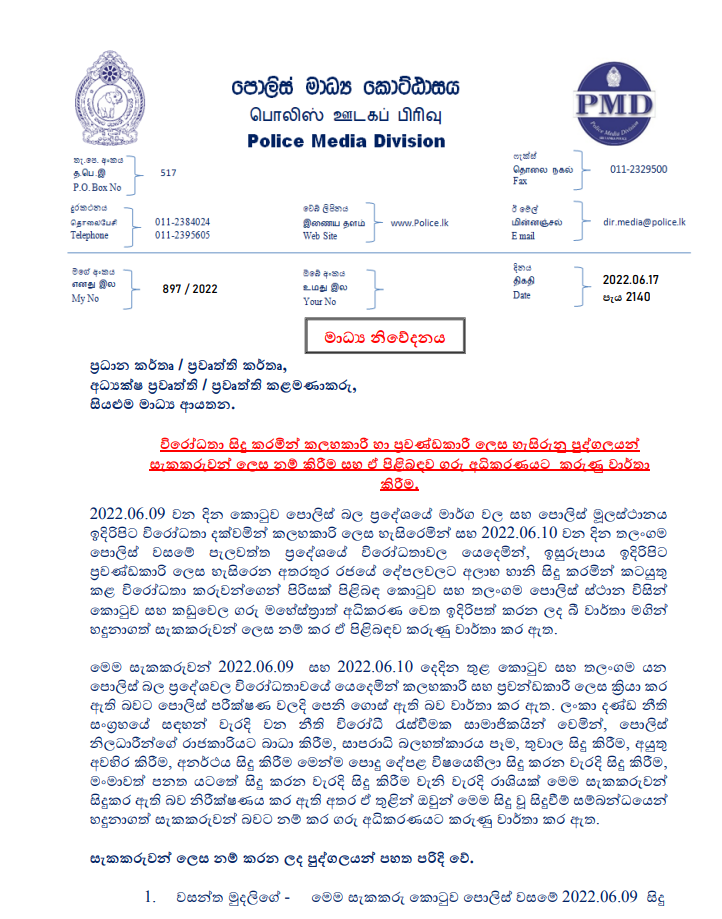 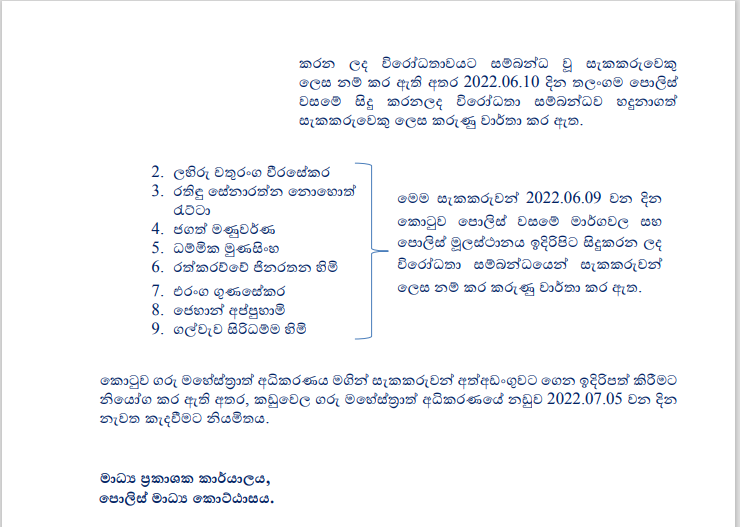