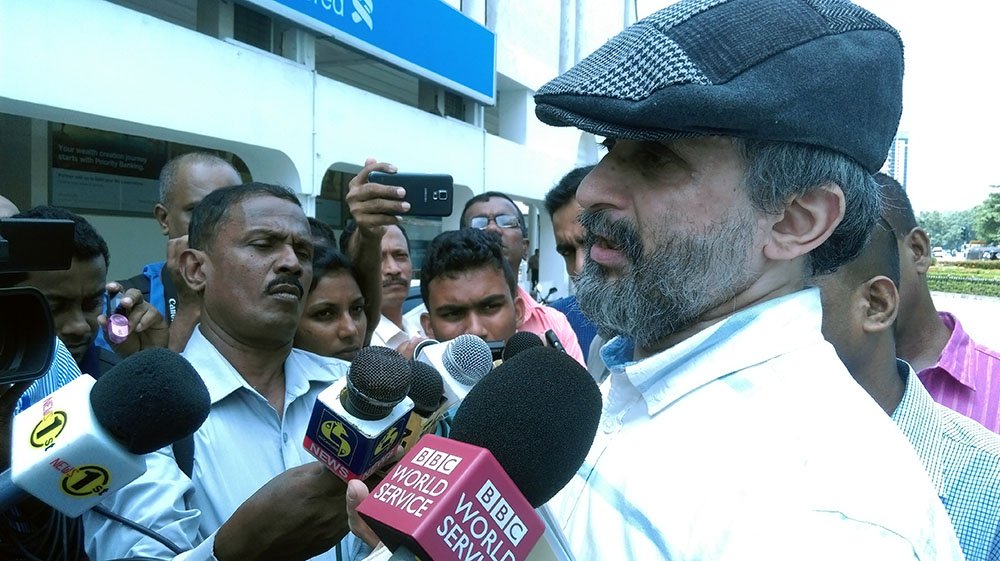 Well known Sri Lankan journalist Poddala Jayantha has returned to Sri Lanka to make a complaint to Criminal Investigation Department of the Sri Lanka Police requesting for an investigation in connection with the incident in which he was abducted, tortured and his limbs were broken.

He was abducted on his way home,  tortured and left to die on June 2009 .His limbs were broken and later left on the road, his hair and beard were cut and hair pushed into his mouth by the alleged military abductors.

Few months later he went to USA and claimed political asylum. Now he works and lives with his family in New York.

In January 2008 He was personalty threatened by then defense secretary Gotabhaya Rajapaksa.

He went in to temporary exile soon in 2008 February to save his life from death squads of the regime but came back to Sri Lanka few months later  to resume his journalism work at the government owned Lake House.

On several occasions  Mr. Poddala Jayantha had told media  that former Defense Secretary Gotabhaya Rajapaksa sent for him and threatened him and a few days later a white van abducted him and tortured him. He insists that it is the  Rajapaksa regime is responsible for his abduction and torture.

Speaking to reporters after making the complaint Jayantha told media that he expects to come back to Sri Lanka for good so that his abductors should be brought to book by the government. He calls on the government to investigate not only the his abduction but all acts of violence that took place against media and journalists under the Rajapaksa regime.