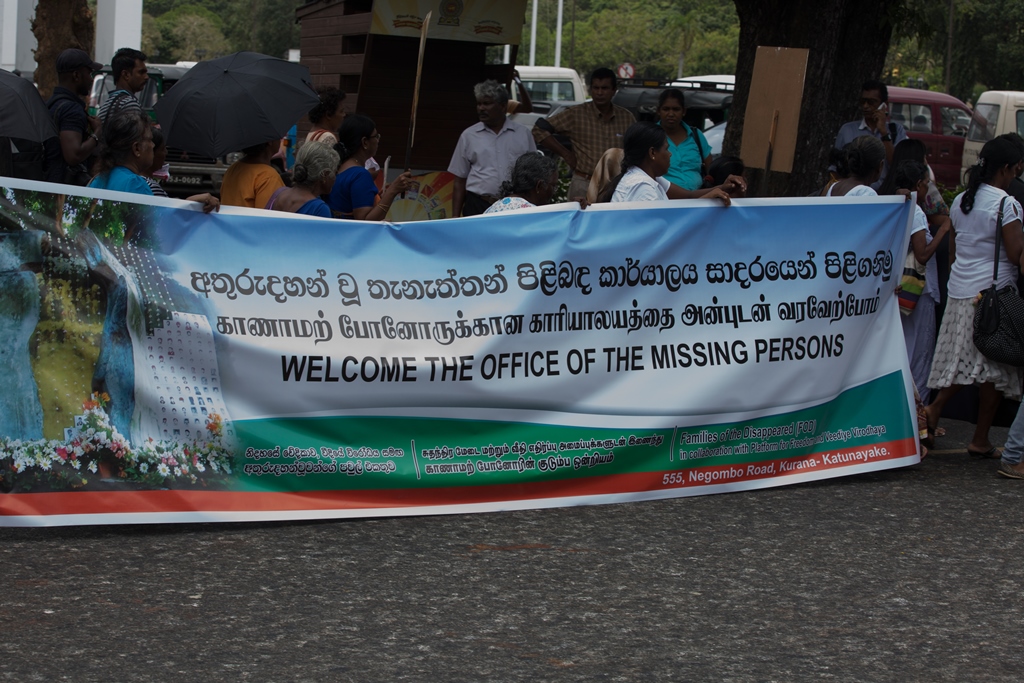 Image: In August 2016 Families of the disappeared marched in Colombo supporting OMP. ©s.deshapriya.

The Office on Missing Persons is to be stripped of its power of entering into agreements with an individual or an organization, reports The Island.

Cabinet had on Tuesday approved a proposal by Prime Minister Ranil Wickremesinghe to repeal paragraph (A) of Article 11 of the Office on Missing Persons (Establishment, Administration and Discharge of Functions) Act No 14 of 2016, which authorised the office to enter into agreements with an individual or an organization in performing its tasks.

The reason for this revision has not been given by the government.

The Office on Missing Persons Act was passed in Parliament on August 23, 2016.