Pharmaceutical zone in Hambantota: Environment disaster in the making if strict guidelines not followed, warns EIA 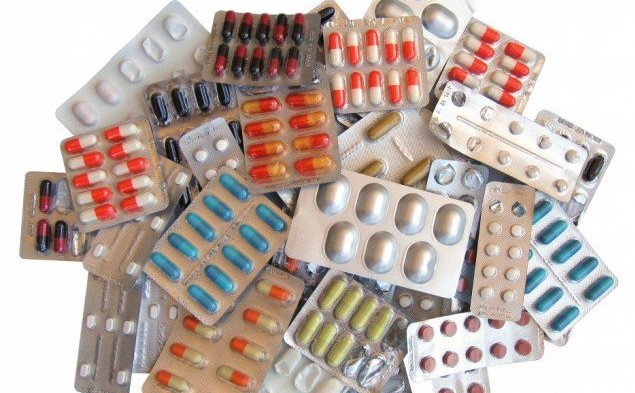 The Government’s proposed pharmaceutical zone in Hambantota will cause vast damage to the environment and disrupt lives unless strict guidelines are introduced and followed to lessen impacts, the environmental impact assessment on the project shows.

The project will cover 400 acres in Arabokka, north of Magampura port. Phase 1 will be for 20 pharmaceutical formation or manufacturing plants and phase 2 for another 20. It is hoped to meet 40 percent of domestic demand through local drugs by 2025.

But the initiative comes with a large number of dangers, the detailed EIA by Skills International (Pvt) Ltd reveals. Mitigatory methods are imperative. The report is available on the Central Environmental Authority website.

It also says that there is no comprehensive feasibility for the proposed zone regarding water demand and generation of different types of effluents. The industrial zone, at peak, expects to use 3000m3 of water per day while estimated total wastewater generation is 2,400m3 per day or 80 percent of what it uses up.

The potential impacts due to wastewaters and scheduled wastes–depending on the types of industries–will be “very prominent”. The risks include untreated or partially treated water spilling or leaking from the proposed common wastewater treatment plant or effluent treatment plants (ETPs), draining through the sandy soil and contaminating groundwater in the long term.

The Board of Investment (BOI) must ensure adequacy of the proposed ETP treatment process when evaluating bid proposals. The BOI must also provide capital and recurrent costs to implement and monitor mitigation measures.

Treated process wastewaters confirming to national standards could be discharged to the environment through land irrigation; direct to the National Water Supply and Drainage Board’s (NWS&DB) common wastewater treatment plant; or discharged through a sea outfall managed by the BOI.

The site is frequented by a herd of around 40 elephants. It is surrounded by a large number of protected areas like Bundala, Yala, Udawalawe and Lunugamvehera national parks and the new ‘managed elephant reserve’. Therefore, mitigating the human-elephant conflict is “a major challenge”.

Communities in the area say elephants drink and bathe from the small tank near the proposed site.

They are therefore afraid that the animals will come into their villages upon losing their habitat. Records show that wild elephants killed 25 persons in the Hambantota district between 2010 and 2017 while damaging 347 properties damaged.

Fifty-eight elephants were victims of gunshots and other injuries inflicted by humans.   The site is surrounded by wet marshy flatlands, wetlands, paddy areas, and cascade tanks. Towards the south, there’s the Karagan lagoon, salt marshes and sea.

All these require clean water. The EIA repeatedly emphasizes the importance of properly treating wastewater. If there is to be a sea outfall, it recommends one that goes further out. If there is insufficient dilution of wastewater, it warns, it could enter the salterns and also harm fishing activities.

Bulk manufacturing processes in the pharmaceutical industry are typically characterized by a low ratio of finished products to raw material, resulting in significant quantities of residual waste.

The EIA calls on individual industries to segregate their waste, collect, recycle and dispose. This will require the companies to allocate adequate land and equipment within their plots for waste management.

But if any company does not effectively segregate its waste, “the entire waste load of the industry becomes contaminated, thus being considered hazardous”.

“Many ecological impacts can be envisaged because of the establishment of the proposed pharmaceutical zone in the Arabokka area,” the EIA states. “Some of these could be mitigated to a reasonable extent if the setout recommendations and mitigation measures are followed.”

The site has a “rich assemblage” of wildlife including endemic and threatened species. Clearing it will cause their displacement. And 12 of them are listed as nationally threatened owing to low population and distribution. “As these species are already threatened with extinction, a further loss of their habitats would only exert added pressure on their survival,” the EIA says.

The recommended mitigatory measures include a comprehensive management plan for solid and hazardous waste including onsite temporary storage and handling and final disposal. It must include prevention, minimisation, reuse, recycling, energy or material recovery and disposal in the order of most-favoured to least-favoured option. These stages are explained in extensive detail in the EIA report.

Industries must also prepare and maintain a waste inventory that describes the types of waste generated (both hazardous and non-hazardous), waste characteristics, quantity segregated and collected on-site, quantities sent for reuse, recycling, thermal destruction or disposal.

The BOI will decide which industries have treated process wastewater (without high toxic and hazardous substances) that will be allowed to discharge to the environment in compliance with the respective wastewater discharge norms.

The EIA urges that every attempt be made to protect as many wild habitats as possible. It strongly recommends limiting land clearance to the area necessary to start the project, using the rest as and well the need arises.