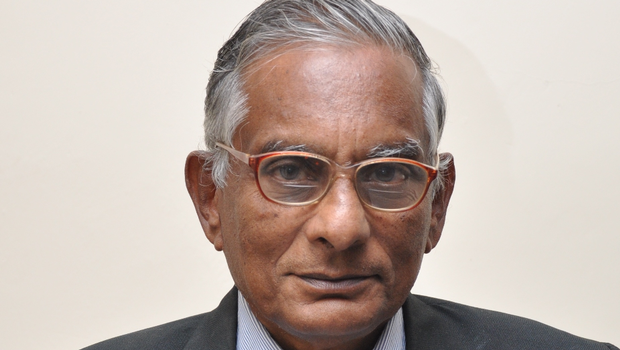 COLOMBO: The Justice Maxwell Paranagama Commission which went into the issue of missing persons and violations of Human Rights and International Humanitarian Law in the last brutal phase of Eelam War IV, has recommended the establishment of a domestic, all Sri Lankan, Judicial Mechanism to investigate and try cases of violation, and also a Truth and Reconciliation Commission which could give “accountable amnesty” to those who pleaded guilty and expressed remorse.

Speaking to Express here on Sunday, Justice Paranagama said that if anyone is charged for violations of Human Rights or International Humanitarian Law, he should be tried by a Special High Court. Cases should be conducted by Sri Lanka’s Attorney General; heard by Sri Lankan judges and investigated by Sri Lankan investigators, he said.

“Of course, if the investigators need foreign expertise they could acquire them and the Special High Court could allow foreign observers,” Paranagama said.

As regards the Truth and Reconciliation Commission he said that it is meant to allow people to speak out about their experiences and give vent to their grievances. And perpetrators of atrocities could own up, express regret and seek amnesty.

“The T and R commission could then consider giving some of those who pleaded guilty an accountable amnesty. They will not be allowed to go scot free but will be given an appropriate punishment,” Paranagama said.

The Sirisena-Wickremsinghe government is yet to accept the Paranagama Commission’s report, but it is most likely to accept it as there is a strong feeling in Sri Lanka’s majority Sinhalese community that the heroic armed forces which defeated the dreaded Liberation Tigers of Tamil Eelam (LTTE) must not be pilloried, and that foreign judges and investigators with preconceived notions and anti-Sri Lankan agendas should not be allowed to conduct investigations and sit in judgment.

But the Tamil minority is unlikely to be happy with Justice Paranagama’s prescriptions because it has been vociferously demanding an International Judicial Mechanism with foreign judges and investigators on the grounds that Sri Lankan judges and investigators will be biased against them.  A resolution jointly moved by the US and Sri Lanka at the UN Human Rights Council in Geneva on October 1, 2015 also envisaged an international Judicial Mechanism.

However, since that resolution was passed, the leaders of the government of Sri Lanka have been repeatedly assuring the Sinhalese majority that foreign involvement will be limited to getting foreign technical expertise in investigations. President Sirisena has said times without number that the Judicial Mechanism will be a local one and Foreign Minister Mangala Samaraweera has said that foreign participation can be of various kinds and that Sri Lanka has options to explore in this regards.

Given the friendly relations the present regime in Colombo has with  Washington and the West, the latter are unlikely to press the Sri Lankan government to go for an international Judicial Mechanism. High level visitors from the State Department have said that the nature of the Judicial Mechanism will be left to be decided by Sri Lankans themselves. They have also hinted that US interests lie in the survival of the present regime and in the promotion of US-Sri Lanka economic and business  relations and not in the pursuit of human rights goals.
By P.K.Balachandran. newindianexpress