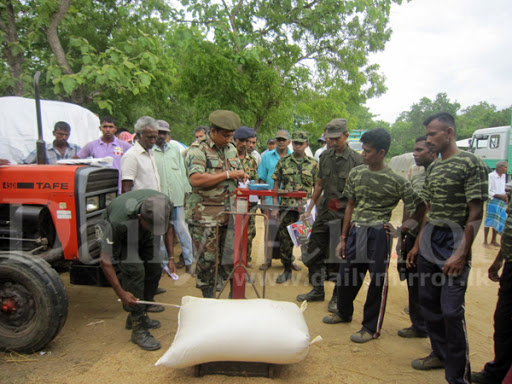 The government yesterday declared the paddy sector as an ‘essential service’ and will deploy the armed forces to ensure the ‘equitable distribution of rice at fair prices.’

The move follows reports reaching the special Presidential Task Force that traders have begun hoarding rice stocks. Many instances of rice being sold at exorbitant prices have also come to light.

The matter figured at a meeting of the 40-member Task Force headed by Presidential Special envoy Basil Rajapaksa.

Task Force sources said the armed forces would be empowered to check on hoarded stocks and take charge for distribution at official prices.

The same sources said that major rice dealers had already been warned of the tough measures the government would take against them for hoarding or selling at exorbitant prices.

Another measure that the Task Force will adopt is to ask Grama Niladharis to monitor prices at which rice in particular is being sold by vendors who bring stocks in lorries. This is a prelude to direct the Police to arrest such vendors, the sources said.