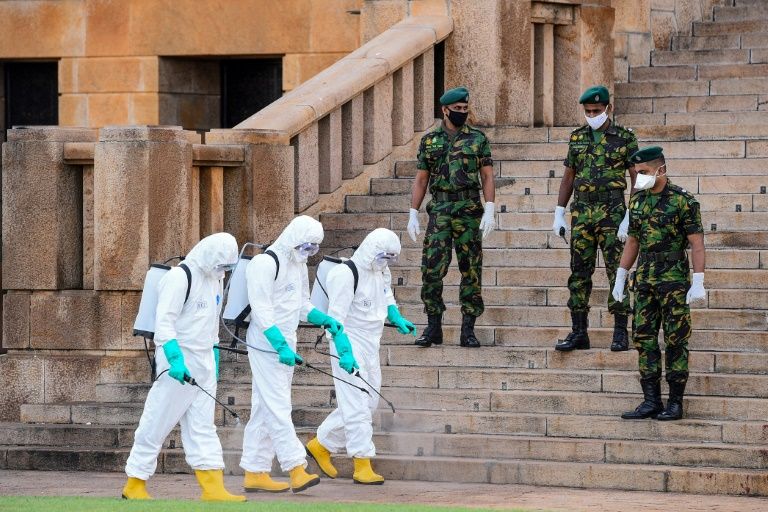 Image: An indefinite, nationwide curfew has been imposed in Sri Lanka, where over 200 people have tested positive for coronavirus (AFP Photo/Ishara S. KODIKARA).

(AFP•April 12, 2020) Sri Lanka made cremations compulsory for coronavirus victims on Sunday, ignoring protests from the country’s minority Muslims who say it goes against Islamic tradition.

Of the seven deaths from the infectious disease so far in the island nation, three were Muslims. The bodies were cremated by authorities despite protests from relatives.

“The corpse of a person who has died or is suspected to have died, of… COVID-19 shall be cremated,” Health Minister Pavithra Wanniarachchi said Sunday.

The World Health Organisation has said victims “can be buried or cremated”.

More than 200 people have tested positive for coronavirus so far in Sri Lanka, where an indefinite, nationwide curfew has been imposed.

The cremations have been criticised by rights groups.

“At this difficult time, the authorities should be bringing communities together and not deepening divisions between them,” Amnesty’s South Asia Director Biraj Patnaik said earlier this month.

The country’s main political party that represents Muslims, which make up 10 percent of the 21 million-strong national population, has accused the government of “callous disregard” for religious rituals and the families’ wishes.

Tensions between Muslims and the majority Sinhalese population came to a head last Easter after local jihadists were accused of suicide bombings at three hotels and three churches that killed 279 people.

Weeks later, Sinhalese mobs attacked Muslims, killing one and wounded dozens more. Hundreds of homes and vehicles were destroyed and the authorities were accused of failing to stop the violence — a charge denied by Colombo.

Sri Lanka’s Roman Catholic Church said Sunday it forgave the suicide bombers, adding that “we offered love to the enemies who tried to destroy us”