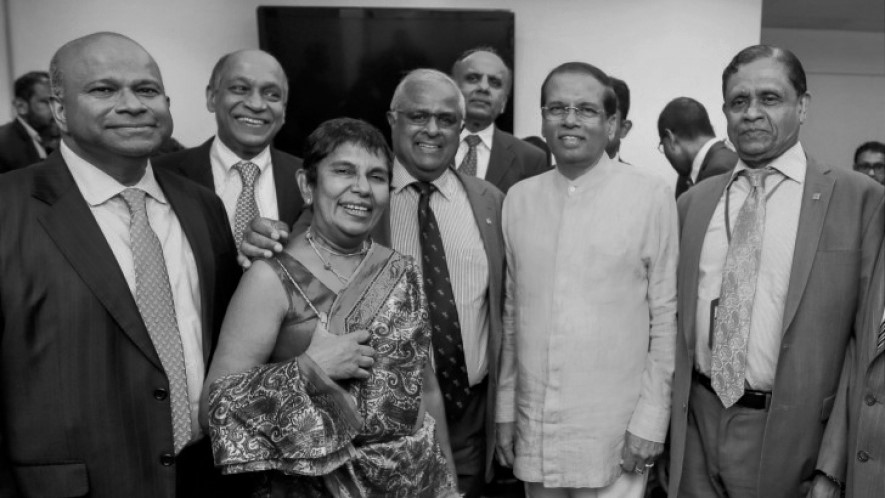 Image: Sirisena with the some of the attendees of the meeting. (original photo by PMD phot0).

Addressing the Sri Lankans living in United States at the Sri Lanka Permanent Mission to UN in New York  September 26 Sri Lanka president Maithripala Sirisena  has said that only incidents [ human rights violation by  soldiers] outside the war field,  should be brought before the law and punished.

President Sirisena  has said that  “there were some incidents investigated during the war as well as after the conflict, but they were not related to war and that cannot be described as hunting war heroes under any circumstance. He said it should not be forgotten that one of the expectations during the last Presidential election campaign was that there should be investigations on these stray incidents and the guilty to be punished.”

He has further said that “if there are some more such incidents outside the war field, they also should be brought before the law and such actions would also be an honour for real war heroes. Our soldiers are internationally recognized because such mistakes have been rectified”