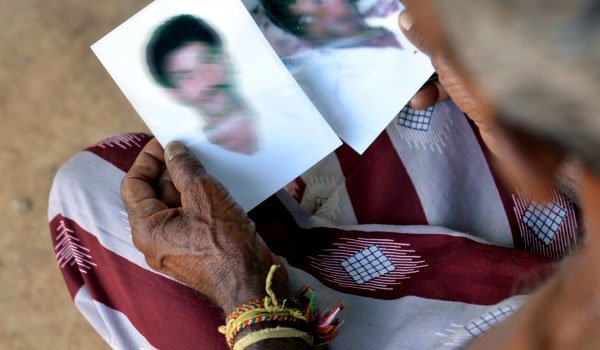 The passage of the Office of Missing Persons bill (OMP), albeit in controversial circumstances in Parliament, augers well for the forward movement of the reconciliation process. The National Peace Council welcomes the new law, and the legal foundation of the first of the four transitional justice mechanisms that the government has pledged to establish. We are disappointed that the Joint Opposition members failed to cooperate with the parliamentary process, and refused to debate the new law according to the agreed schedule in parliament. It was unfortunate that those who were human rights champions in the 1980 and 1990s, and widely admired for this, displayed their opposition to OMP by word and deed.

The underlying rationale of the OMP is that people need to know what happened to their loved ones so that they can stop the endless search for them. It is to help them to end the search, and to bring closure to that open wound that exists in the body politic. The purpose of the OMP is to find out what happened to those missing that stretch back decades and the insurrections that took place in the South of the country and were bloodily suppressed. The OMP law constitutes the maximum effort that the Sri Lankan state can take to find out where they are if they are living and if not living what happened to them. This is why evidence that is not admissible in courts of law is admissible in the OMP investigation. This is also why evidence that is confidential is permissible, which even the Right to Information Act cannot access.

We note that the OMP is a very important element of the country’s transitional justice process and the set of institutions and measures outlined the government. But it is only one part of the process of transitional justice. After the successful passage of the OMP bill in parliament, government spokespersons have said that the government would set up a Truth Commission, a judicial mechanism to deal with accountability (and punishment) issues and an office of reparations. We believe that these additional mechanisms that the government has still to set up will offer more avenues for truth and accountability seeking. Truth, justice and reconciliation will be delivered via the totality of these bodies, and not just the OMP. We call on the government, opposition and society at large to cooperate in the implementation of the OMP and the setting up of the other transitional justice mechanisms so that the past does not stand in the way of Sri Lanka’s future as a just, peaceful and developed society.