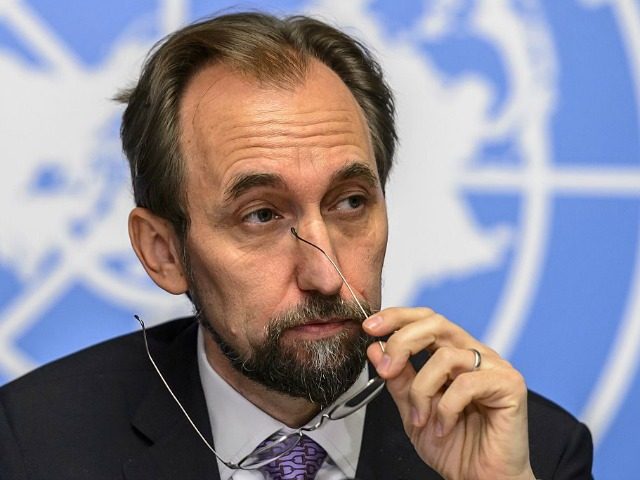 Image: Rights Commissioner Zeid Ra’ad Al Hussein will submit the report to the upcoming 37th Session of the UNHRC.

Developments in reconciliation and accountability.

A. Overall developments in transitional justice

9. In resolution 30/1, the Human Rights Council expressed support for the commitment by the Government of Sri Lanka to implement a comprehensive transitional justice agenda that would include the establishment of an accountability mechanism, truth-seeking, reparation programmes and institutional reforms. Through resolution 34/1, the Council granted the Government two additional years to demonstrate progress. While acknowledging that transitional justice processes may need longer periods to fully conclude their identified goals and outcomes, the structures and legislative framework for them to function could realistically have been put in place within a 2 1/2-year time frame.

10. The High Commissioner notes that while the institutional architecture has been established only incipiently to take the transitional justice process forward during this time frame, concrete results have yet to be delivered.

11. In a positive step, in October 2017, the mandate of the Secretariat for Coordinating Reconciliation Mechanisms was extended until March 2019.2 While recognizing that this entity has acquired expertise and knowledge, it is of concern that neither it nor the Office for National Unity and Reconciliation3 have significantly grown in strength or resources since the High Commissioner’s previous report, of March 2017. The several technical working groups tasked with drafting blueprints for the accountability and reconciliation mechanisms were dismantled after submitting their initial drafts, and the results of their
efforts have not been made publicly available. The new Interministerial Coordination Committee put in place last year has met only once. A committee of senior officials has been established under the Interministerial Committee and reportedly holds regular meetings.

12. A comprehensive transitional justice strategy, including a clearly defined timeline for implementation, has yet to be made publicly available and consulted. The report of the Consultation Task Force on Reconciliation Mechanisms, one of the few positive elements highlighted in the previous reports of the High Commissioner, has not yet been endorsed or officially reviewed by the Government or the Parliament. It is of concern that the implementation of these important commitments remains pending.

13. The High Commissioner welcomes the gazetting of the Office of Missing Persons on 15 September 2017 and progress towards its operationalization, after long delays following the adoption of the original legislation in August 2016. This is the first transitional justice mechanism to be established. Moreover, the allocations in the 2018 national budget indicate that this body will be properly resourced to start operations. As at 15 January 2018, the process of selection and appointment of the commissioners was ongoing.

14. It is to be seen if the new institution will be able to overcome the distrust and frustration that has festered among civil society and victims’ groups, particularly in the North, as a result of the multiple delays, amendments and insufficient consultation with respect to the legislation establishing the Office of Missing Persons. An independent and well-resourced Office, with capable, trustworthy and impartial commissioners, appropriate protection mechanisms for victims and witnesses and a clear policy on gender sensitiveness, has the potential to provide a new impetus to the protracted transitional justice process, including the creation of the remaining three mechanisms. An enabling environment will be essential for commissioners and staff, the families of victims, witnesses and civil society aiming to contribute to the objectives of the Office without the risk of reprisals or other threats.

15. The ratification by Sri Lanka of the International Convention for the Protection of All Persons from Enforced Disappearance on 25 May 2016 has yet to be translated into domestic legislation. The enabling legislation was tabled in Parliament on 5 July 2017 and again on 21 September, but the debate was postponed on both occasions. As expressed in the previous reports of the High Commissioner, it is crucial that this legislation be enacted by the time the Office of Missing Persons becomes functional.

17. Legislation establishing a truth commission must not be further delayed as it is a key tool for uncovering patterns of serious violations, creating a demand for accountability and fostering consensus around a non-partisan view of victimhood that recognizes that victims of the conflict come from all communities. While the Office of Missing Persons will hopefully contribute to realizing some aspects of the right to truth, only a truth commission with a broad temporal and material scope can attempt to construct a comprehensive narrative that addresses the multiple layers of serious violations and provides sound answers on the number of victims and the root causes of the conflict.

18. Reparations, irrespective of the format they take, must be accompanied by an acknowledgement of responsibility that differentiates them from ordinary State responses to social needs. The victims of serious human rights violations and abuses should be acknowledged and provided reparations as such, both individually and collectively, including through memorialization and restitution of rights and property, and with clear links to other elements of truth, accountability and non-recurrence. Reparations should be granted on the basis of having suffered a violation, irrespective of the affiliation of the perpetrator and without discriminating among victims on account of their ethnicity, regional origin, religion or any other factor. Gender aspects should be given particular consideration when developing reparation programmes.

19. With respect to accountability, there has been very little preparatory work for the judicial mechanism envisaged in resolution 30/1. Crimes under international law have not been incorporated into domestic law to allow for their prosecution, and few consistent efforts have been made to strengthen the forensic, investigative and prosecutorial capacities in Sri Lanka. It is critical that the Government move forward in creating these preconditions while at the same time designing the special court and its procedures.

20. For the first time, the 2018 national budget contains a dedicated section related to reconciliation, including allocations for the establishment of the Office of Missing Persons, the resettlement of internally displaced persons, implementation of the Official Language Policy, the Secretariat for Coordinating Reconciliation Mechanisms and special programmes to address the needs of war- and conflict-affected widows and ex-combatants in the Northern and Eastern Provinces and to support differently abled women, among others.

21. On 21 September 2017, the Prime Minister presented the interim report of the Steering Committee on Constitutional Reform. This is a step towards the implementation of commitments under resolution 30/1 “on the devolution of political authority, which is integral to reconciliation and the full enjoyment of human rights by all members of its population” (para. 16).

22. The Human Rights Commission of Sri Lanka has continued to work in an independent and competent manner. Thorough and outspoken, it has shown the potential of independent institutions to strengthen the system of protection of human rights. Its participation in the process leading to the establishment of a domestic screening process for potential United Nations peacekeepers has been a positive example of cooperation between State institutions, without compromising independence or commitment. The High Commissioner reiterates the need for all parts of the Government to support independent commissions and fully respect their independence.

48. The High Commissioner reiterates his appreciation for the constructive engagement of the Government of Sri Lanka with OHCHR and United Nations human rights mechanisms since January 2015. However, as he noted in March 2017, this constructive collaboration must be accompanied by the implementation of key commitments. The fulfilment of the transitional justice commitments made under Human Rights Council resolution 30/1 has been virtually stalled for more than a year. Progress with some confidence-building measures has often been insufficient and inconclusive, and the structures set up to coordinate implementation have not consolidated enough or did not receive sufficient political support to move things forward.

49. In statements and reports issued since 2015, the High Commissioner, while expressing concern over the lack of progress on accountability and reforms, was encouraged by the positive improvement of the general human rights situation. However, 2017 was marked by intermittent inter-ethnic tensions and attacks on minorities which are unlikely to dissipate completely.

50. While the Government has managed to steer many of these worrying events in a positive direction, this type of violence in a country that has experienced cycles of extreme violence roughly every 10 years is deeply troubling, particularly when accompanied by hate speech, misinformation and agitation through social media and political manipulation.

51. The continuing allegations of torture and surveillance and the lack of sufficient progress in implementing critical confidence-building measures, such as the release of land, the repeal of the Prevention of Terrorism Act and the solution to the pending cases under the Act, have antagonized key constituencies that could be instrumental to the Government’s reform efforts.

52. The High Commissioner urges the Human Rights Council to continue to play a critical role in encouraging progress in accountability and reconciliation in Sri Lanka. It also calls on Member States to explore other avenues, including the application of universal jurisdiction, that could foster accountability.