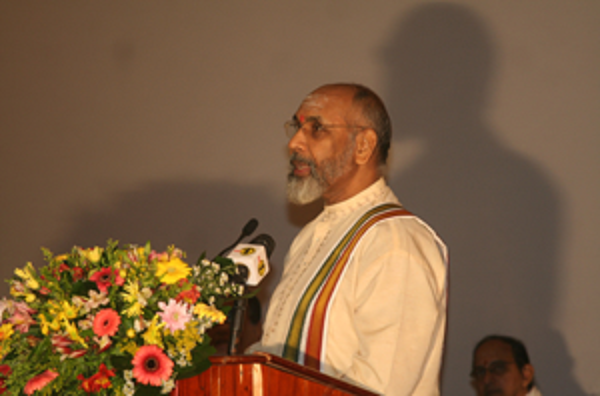 Northern Province Chief Minister C.V. Wigneswaran told the inaugural meeting of the recently elected Council that he was ready to exercise police and land powers granted to the PCs by the 13th Amendment to the Constitution

The Northern Provincial Council began its session in a building at Kaithady in Jaffna after a grand ceremony conducted in accordance with Hindu cultural rituals.

After the election of the Chairman and the Vice Chairman, Mr. Wigneswaran, a retired Supreme Court Justice, said that he was prepared to discuss any problems that could arise with any party in order to find a solution.He said his objective was to deploy a majority of Tamil speaking police officers in the province and to either reduce or remove the unlimited presence of security forces there under powers entrusted to the Council step by step.

The Chief Minister said internal self-determination was possible within a united Sri Lanka. He said his administration would extend a hand of friendship to the Central Government with the expectation of reciprocity.

Mr. Wigneswaran called for the replacement of the present northern governor with a civil official who understands the needs and aspirations of the Tamil people.  Asserting that Muslims who were evicted from the North would be rehabilitated as a foremost task under his administration, he said people who were never residents of the North should not be resettled in the province under state-sponsored colonization schemes.
Dinasena RatugamageIS