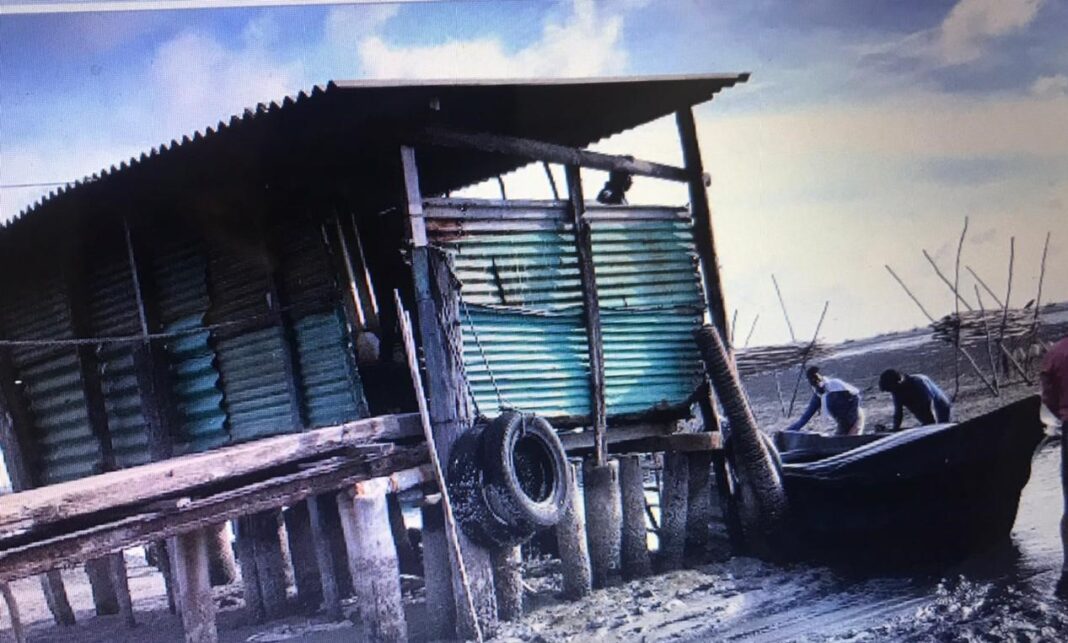 Fishers of the Mannar district were brutally attacked and humiliated by Sri-Lankan navy personnel in the mid-sea for three hours. This cruel incident occurred on the 13th of April midnight 12:00 pm to 14th early morning 3:00 am while the country was readying to celebrate the Sinhala – Tamil new year. Affected fishers have been warned and threatened by armed forces and men attached to intelligence not to complain about the incident at the police or to reveal it to outsiders. Considering their future the terrified fishers not yet admitted themselves even in the hospital to get treatment for their injuries (see the attached picture).

The extension of the coastal area of Mannar district is 144Km from Mullikulam of Musali Division and Vellankulam of Maanthai East Division. There are nearly 25 – 30 traditional fisher ports that exist on this coast and in each port navy has put up their checkpoints. Mannar fishers are small fishers and they do not fish in deep-sea and travel to sea by their small fiber boats and in each boat maximum, four fishers travel. Generally, 15 – 25 horsepower engines are used for fiber boats and some fishers use 40 horsepower engines when going to Kilinochchi or further distance from Mannar and this is permitted by the Fisheries Department. Every day when fishers go to sea for fishing they are checked by the navy. Their national identity cards, fisher society membership cards and personal belongings are scrutinized. The boats also are physically inspected before launching into the sea. All the details are entered in the log. Sometimes fishers undergo body checking as well. These checking take place back and forth of the sea travel of the fishers.

In this incident, eight fishers who travelled in two separate boats have been suffered in the hands of the navy. They are members of the “Pallimunai St. Lucia’s Fisher Society” which society is a registered member of the Mannar Fisher Federation which has been functioning under the Fisheries Co-operative Department.

According to the affected fishers of the first boat, that they had gone to sea in two boats – four fishers in each boat – on 13th April around 10:00 pm after receiving due permission from the Pallimunai navy. While they were fishing in the Iranaitivu sea area in the Mannar gulf, around 12:00 pm navy personnel came to them in two boats. Nearly ten men were in the boats and they were in their uniforms. They checked the boat and asked the fishers in the first boat to show their fishing nets. As the nets were in their partner’s boat the owner of the boat called their partner, but they were at a certain distance. Then a navy person grasped his phone and called the partner boat. As the fishers in the partner boat found that it was navy in the line, due to fear they had not responded and returned to Mannar. Then navy men started to beat up the owner of the first boat.

As per the owner of the first boat, the navy hit on his backside of the body, ribs and entire body with pols, and he has developed bruises and pains and unable to walk. The boat operator stated that the navy hit on his head with heavy force, and he felt fainting. Then they hit him with batons and kicked him their boots shoes legs. They compelled him to shout “Allahu hu Akbar” and to loudly chant “Sri Rama Jayam” against his faith as he and all his fellow fishers are Tamil Catholics. The third fisherman said, he also in the same boat and he was kicked off by the navy and they made him imitate the religious rituals of Muslims and Hindus and to sing Tamil songs. Navy men threatened them that they would cut and throw them into the sea if they do not perform what they say. Due to fear, thye imitated the rituals of other religions and sang. The fourth one, who is a 21 years old young lad stated, that they pushed him down and hit him on his head and body and kicked him. He stated that he is unable to get up and walk. Navy has taken away the owner’s phone and the torchlight.

According to the first boat owner, the navy had driven a fellow fishing boat towards them and asked the fishers in the second boat whether that they know them. As all are from one village, they have known each other, therefore, they said yes. He also stated that the navy has beaten up the fishers in the second boat too and detained both boats in the sea for three hours and later released them.

According to the fishers in the second boat, that they too went to sea on the same day same time by getting due permission from the Pallimunai navy. While they were fishing in the Iranaitivu sea, mid night a navy boat came and knocked their fishing boat. There were five navy men in the boat. Two men jumped into their boat and searched the nets. Then a navy personnel told them that their chief officer was in another boat and he wanted them to bring them, and he tried to operate the boat. The owner of the boat stated, that he prevented the navy person from operating his boat and he operated it and followed the navy boat. He further stated that the navy chief inquired them whether they know Sinhala and asked about their fishing permits and they showed their national identity cards to him. Then they warned them not to enter their area and started to kick them by the legs of their boots and beaten them up with batons. They also accused the fishers of ISIS terrorists and continuously attacked them. The owner also stated, while four men were attacking the four fishermen in his boat including him, navy personnel videoed it.

The owner of the second boat explained, the navy had told them that they have detained their fellow fisher boat and took them to the first boat and asked whether they know them. They replied yes. Another fisherman of the second boat stated, the navy kept the knife on his neck and threatened him and attacked all of them accusing of ISIS terrorists.

The affected fishers stated when they reached the land on the following day they directly went to the Pallaimunai navy camp and complained to the public relations officer. He advised them to make a police complain at the Mannar police station but within one hour later he called the fishers and told them not to make police complain as the chief officer of them would take necessary actions on this regard.

Further, it was told that the navy communicated the affected fishers directly and through people who are able to speak Sinhala, and insists them not to reveal this issue to out siders or media. This takes place repeatedly. Intelligence also visited a fisherman’s house and warned him.