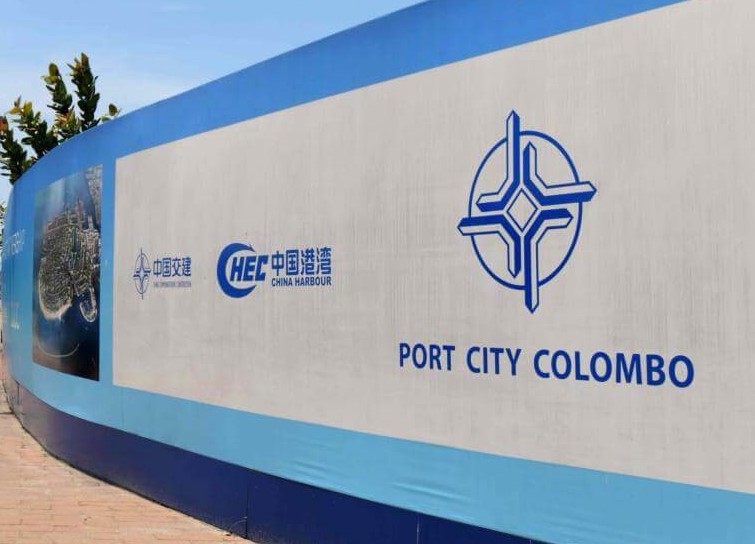 Issuing a statement the Bar Association of Sri Lanka said that it is challenging the law to set up a commission to run Colombo Port City, a China-backed project which is exempt from a series of laws and regulations that applies to the rest of the island.

Opposition political parties and a number of civil society groups too have challenged the Bill at the Supreme Court. Among them are  Samagi Jana Balawegaya (SJB or United People’s Front), Janatha Vimukthi Peramuna (JVP), the United National Party (UNP), Colombo-based NGO Centre for Policy Alternatives, and labour organisations.

“The clauses prohibit investment in the Port City in Sri Lankan rupees, which will keep out Sri Lankans…it will be like a forbidden city within Colombo,” he said, adding: “The government claims it stands for ‘one country, one law’, but the Bill allows for running the Port City like a foreign country with special laws” SJB Legal Secretary Thisath Wijayagunawardane has told the Hindu.

The law may affect the Unitary State, the sovereignty of the people, fundamental rights and powers of the parliament, the BASL’s executive committee said.

a. Given the limited time, that the BASL should first challenge the constitutionality of the Bill under the article 120 of the constitution before the Supreme Court
b. the BASL should call for observations from its members including the Members who have the required expertise
c. BASL should request the government to differ any further action on this Bill for a reasonable time to enable the BASL to engage with and consult the relevant stakeholders and contribute fully in this important national endeavour.

The Executive Committee of BASL said Articles 1,2,3,4,12,14 and 76 of the proposed law may be against the constitution.

A plan to set up an International Commercial Dispute Resolution Centre and Priority Hearings in Legal Proceedings could “lead to an ouster of the jurisdiction Courts, infringe on judicial discretion and violate the principle of equality of parties before the law,” the statement said.

The bill may therefore violate Articles 3,4,12 and 14 of the Constitution and relating to the Unitary Status of the Republic and Sovereignty of the People, and the powers of the parliament.

The statement says that there was limited time to challenge the bill and it was tabled in parliament over a weekend and a holiday week further constraining the time available for the public to go through it.

In an interview with Daily FT US Ambassador Alaina B. Teplitz said:

“It (the Bill) also has to be considered for unintended consequences and of course among those is creating a haven for money launderers and other nefarious actors who want to take advantage of what was perceived as a permissive business environment for activities that would actually be illegal,” 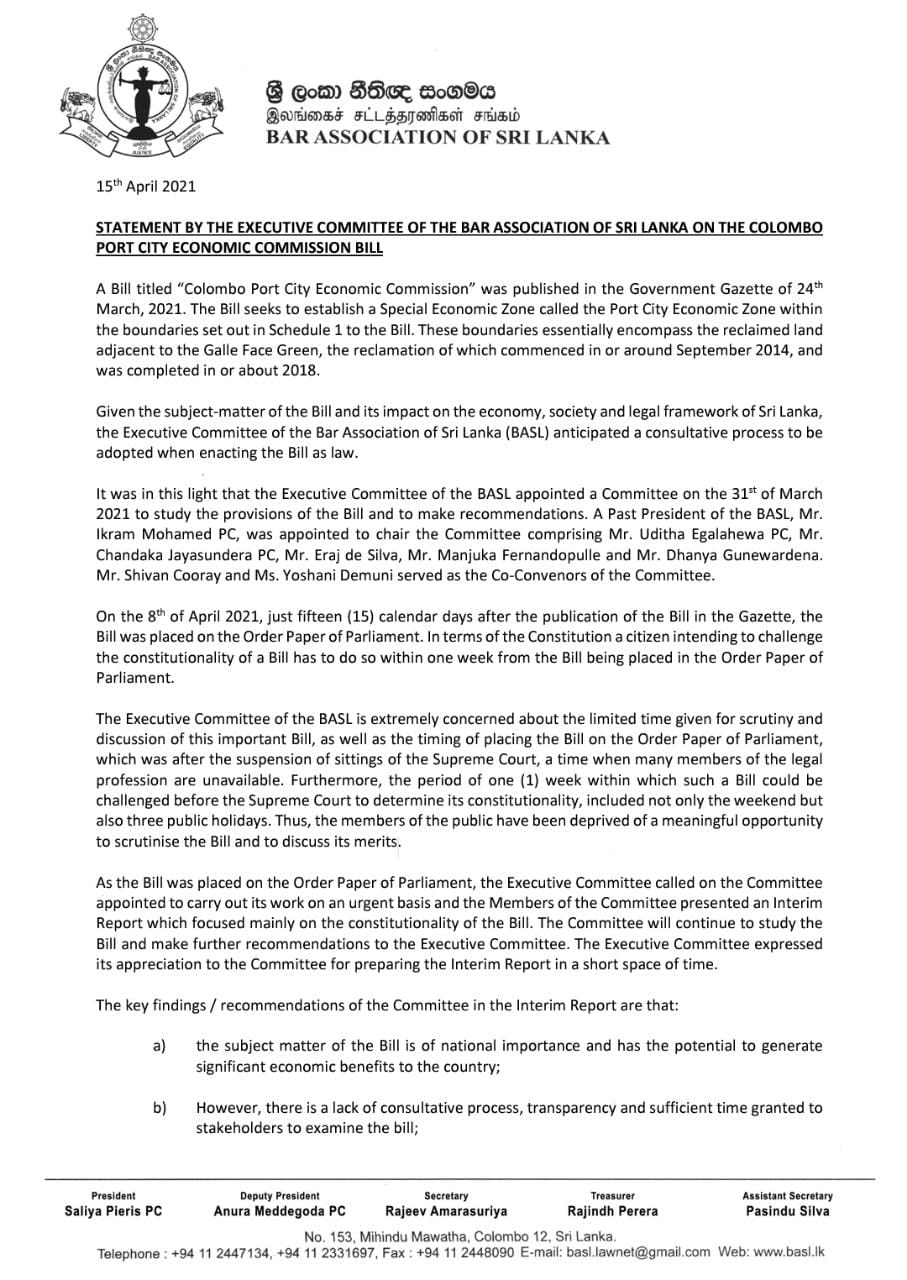 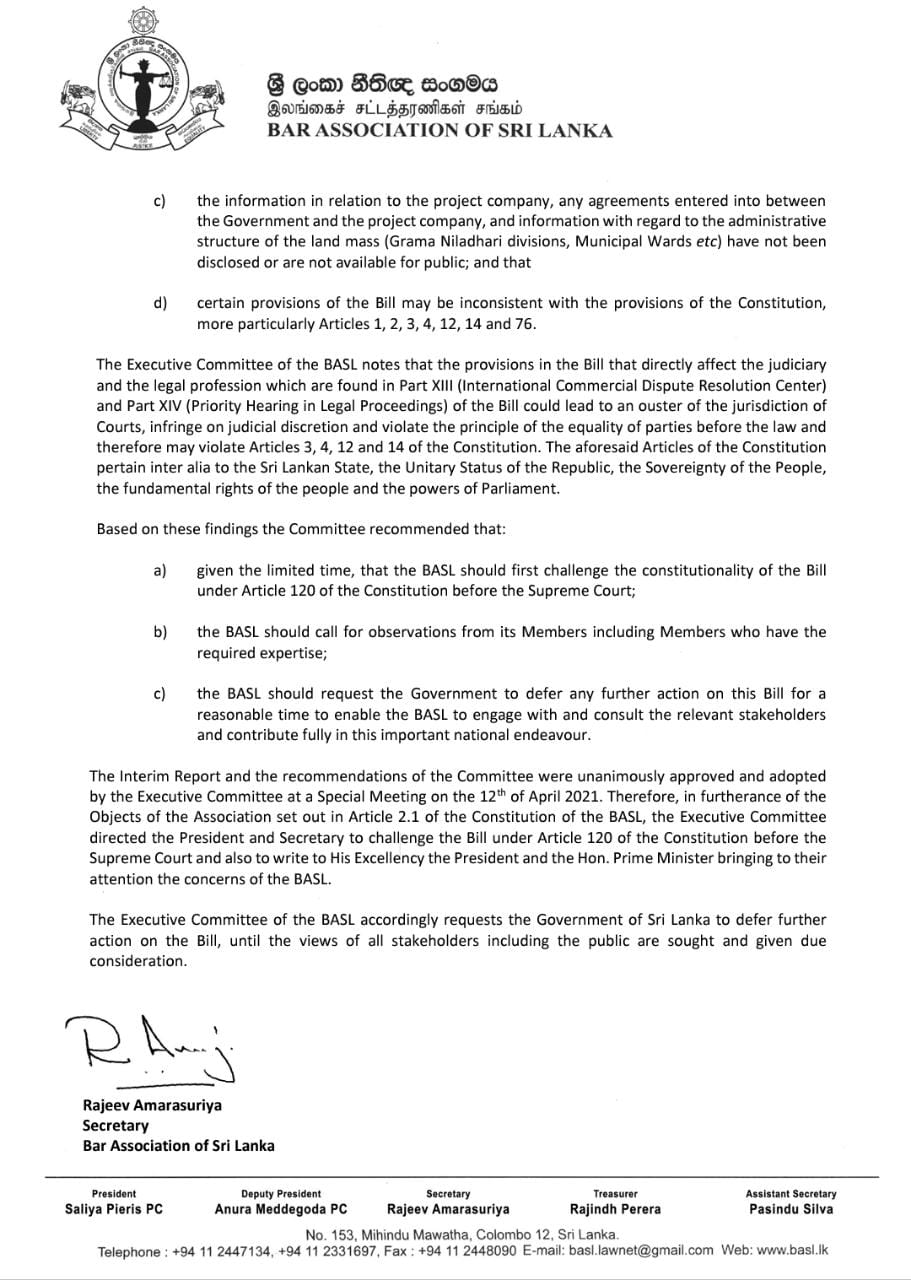