New constitution approved by a referendum is a must, TNA tells visiting American and Indian dignitaries.

Tamil National Alliance met with two high level visiting foreign dignitaries today in Colombo and urge them to  exert their good offices to ensure that this is delivered as per the promise given by the Government of Sri Lanka to the people of this country and to the International community. The two dignitaries were US Assistant Secretary of State, Ambassador Alice Wells and Indian Minister of External Affairs Sushma Swaraj.

Issuing a statement after the meeting with the US Assistant Secretary of State, Ambassador Alice Wells TNA says that  he ” assured that the US government will continue to support and engage with the Government of Sri Lanka in addressing the above-mentioned matters. ”

In its meeting with the Indian Minister of External Affairs Sushma Swaraj the Tamil National Alliance has insisted that “the draft Constitution must be approved by Parliament before the end of this year and the referendum must be held early thereafter”.

full texts of the both statements fellow:

A meeting was held today between the visiting US Assistant Secretary of State, Ambassador Alice Wells and the Tamil National Alliance led by Leader of the Opposition R. Sampanthan. The meeting was held at the residence of the US Ambassador to Sri Lanka His Excellency Atul Keshap.

Mr. Sampanthan apprised the Ambassador on the current political situation in the country especially the matters pertaining to the Constitution making process. Briefing the background the conflict Mr. Sampanthan said “every Tamil person in this country has been affected by violence, and we have been deprived of our rights in this country, as a result of it over 1.5  million Tamil people have fled the country, “we want the remaining Tamil people in this country to live with dignity and those who have left the country to comeback” he added.
Mr. Sampanthan highlighted the need to frame a new Constitution which will preserve and protect the dignity of all people in Sri Lanka. “Unlike previous, times this time there had been much ground work done with regard to framing the new Constitution and we cannot afford to allow these processes to fail. Speaking on the power sharing arrangements in the new Constitution Mr. Sampanthan said genuine power sharing arrangement is vital, and people should be able to decide on things that matter to their day to day life, in places where they have lived continuously.

“We need to optimize and seize this opportunity” he added, “this is the first time that the two major parties of this country have come together and there is an opportunity to get multi party consensus to the new Constitution and I am confident that we will get the 2/3 majority in Parliament and subsequently the Constitution will have to be approved by people at a referendum” he said.

Responding to a query Mr. Sumanthiran said that those who instigate communal and racial sentiments among the public are the ones who see themselves as losers as a result of this new Constitution being framed. Further, he said that the public representation committee on constitutional reforms reports that people across the country want a new Constitution.

Mr. Sampanthan stressed that this is not an ethnic issue anymore but it is an issue of power sharing which will be a benefit to all people in Sri Lanka” we have heard from the Chief Ministers from all the provinces saying they want more powers in matters related to their provinces”.
Speaking on the release of private lands occupied by the armed forces Mr. Sampanthan said these lands must be released and given to the owners they have the right to return to their lands armed forces cannot continue to use these lands while the people are protesting demanding the release of these lands. Further Mr. Sampanthan said the issues of the missing persons must be addressed immediately to give the families of the disappeared some solace by ascertaining the truth through a credible inquiry.

[alert type=”success or warning or info or danger”]Mr. Sampanthan brought to the notice of the Ambassador Alice that the draconian Prevention of Terrorism Act has not been repealed yet, though the government has promised to repeal it. “persons continue to be in custody under this law unjustifiably” he added.[/alert]

Ambassador Alice thanked the TNA leader and the delegation and said “it is my honor to meet a leader with a principled position” and assured that the US government will continue to support and engage with the Government of Sri Lanka in addressing the above-mentioned matters.

Along with Mr. Sampanthan Parliamenterians Mr. Adaikkalanathan Mr. Siddarththan and Mr. Sumanthran were presented at the meeting while with ambassador Alice Wells US Ambassador to Sri Lanka His Excellency Atul Keshap and other embassy officials were present at the meeting. 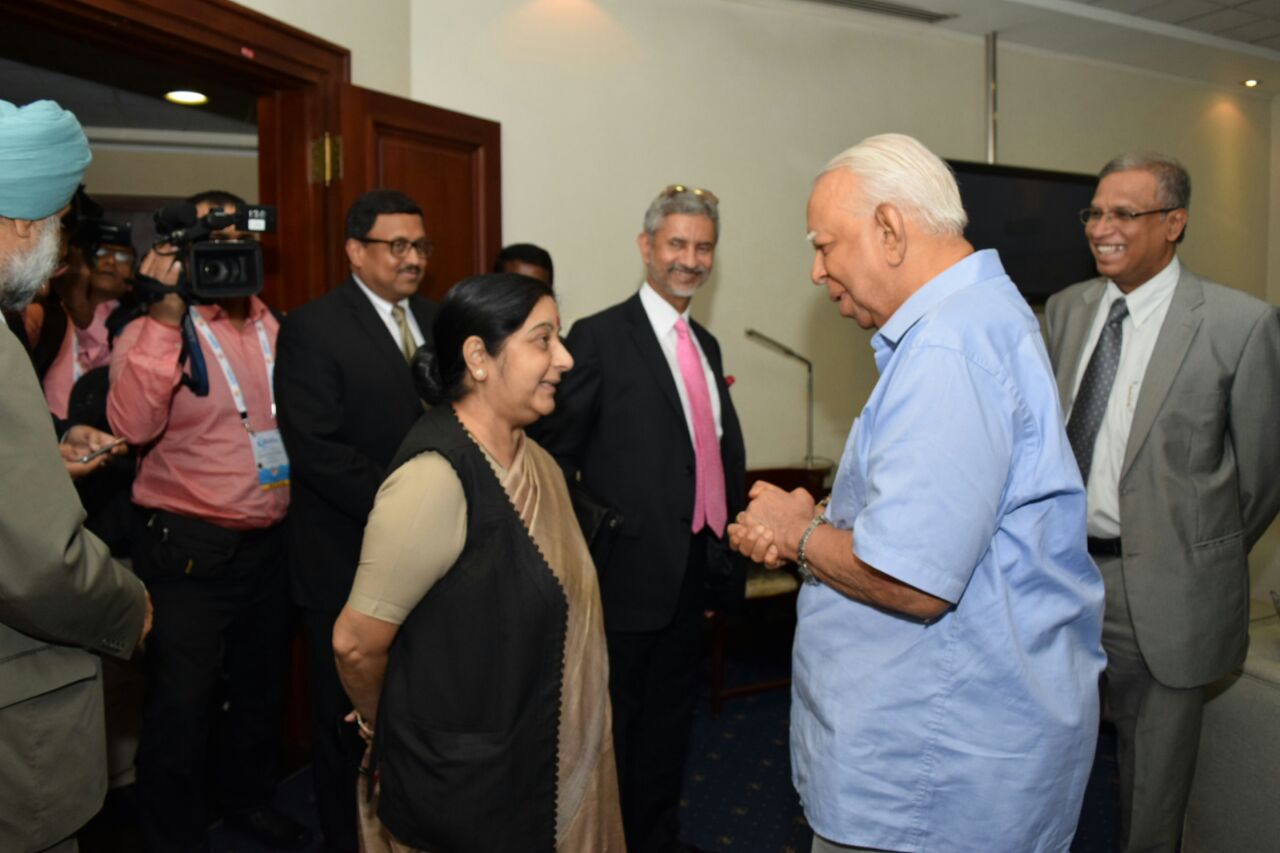 Mr. Sampanthan briefed the Minister on the present status of the Constitutional making process and cautioned that this must be given priority and needs to be addressed without any further delay.

Mr. Sampanthan said given the fact that there had been a lot of work done on this matter this cannot be delayed any longer and the draft Constitution must be approved by Parliament before the end of this year and the referendum must be held early thereafter.

He urged the Foreign minister to exert their good offices to ensure that this is delivered as per the promise given by the Government of Sri Lanka to the people of this country and to the International community.

The Foreign Minister reaffirmed the support of Indian Government in this regard and assured the continuous support to see an end to this processes.