New Constitution a must; Uncertainty cannot be continued, TNA tells US 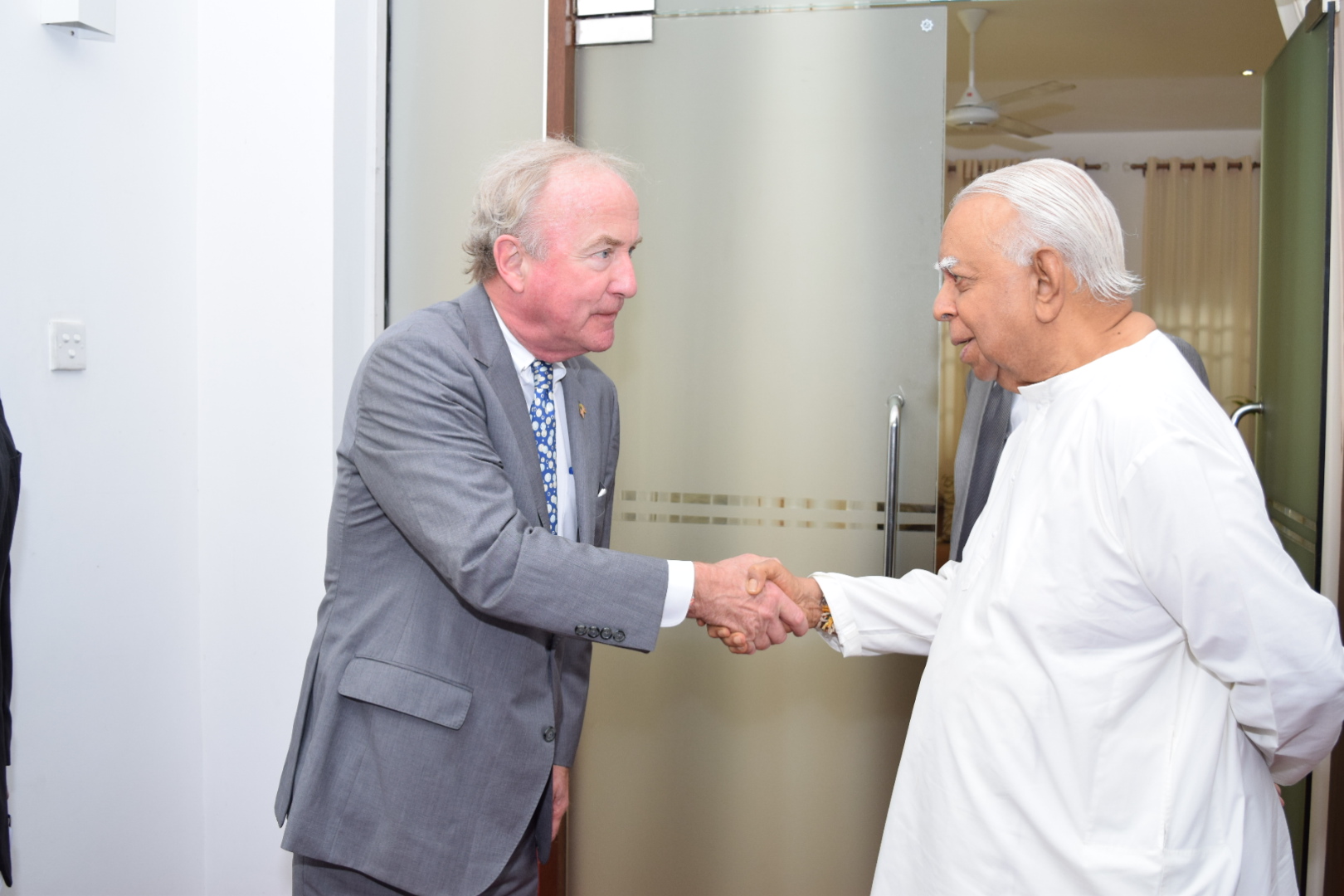 (TNA) A meeting was held today (10.08.2017) between the visiting United States Congress delegates and the Leader of the Tamil National Alliance R. Sampanthan and Jaffna District Parliamentarian and TNA Spokesman Mr. Sumanthiran in Colombo.

Briefing on the Progress of the framing of new Constitution Mr. Sampanthan said “there is undue delay in this process as both UNP and SLFP hold on to their political future than looking at the interest of the country. Further, he said that after obtaining the majority in Parliament the new Constitution must be approved by the people at a referendum. Mr. Sampanthan highlighted that this opportunity should not be missed and “I am not speaking only on behalf of Tamils but for the whole Sri Lanka and its people” he added.

Speaking further Mr. Sampanthan stressed that the Sinhala political leaders must go out and campaign on the new Constitution which is based on United, Undivided and indivisible Sri Lanka, if they do so not only this process would end in success but also it will clear all the unwarranted doubts that section of the people have in their minds he said. Further, he said that over fifty percent of the Tamil population has left the country due this unresolved national question, and if we don’t find a reasonable solution more people will leave, we don’t want that to happen he added. 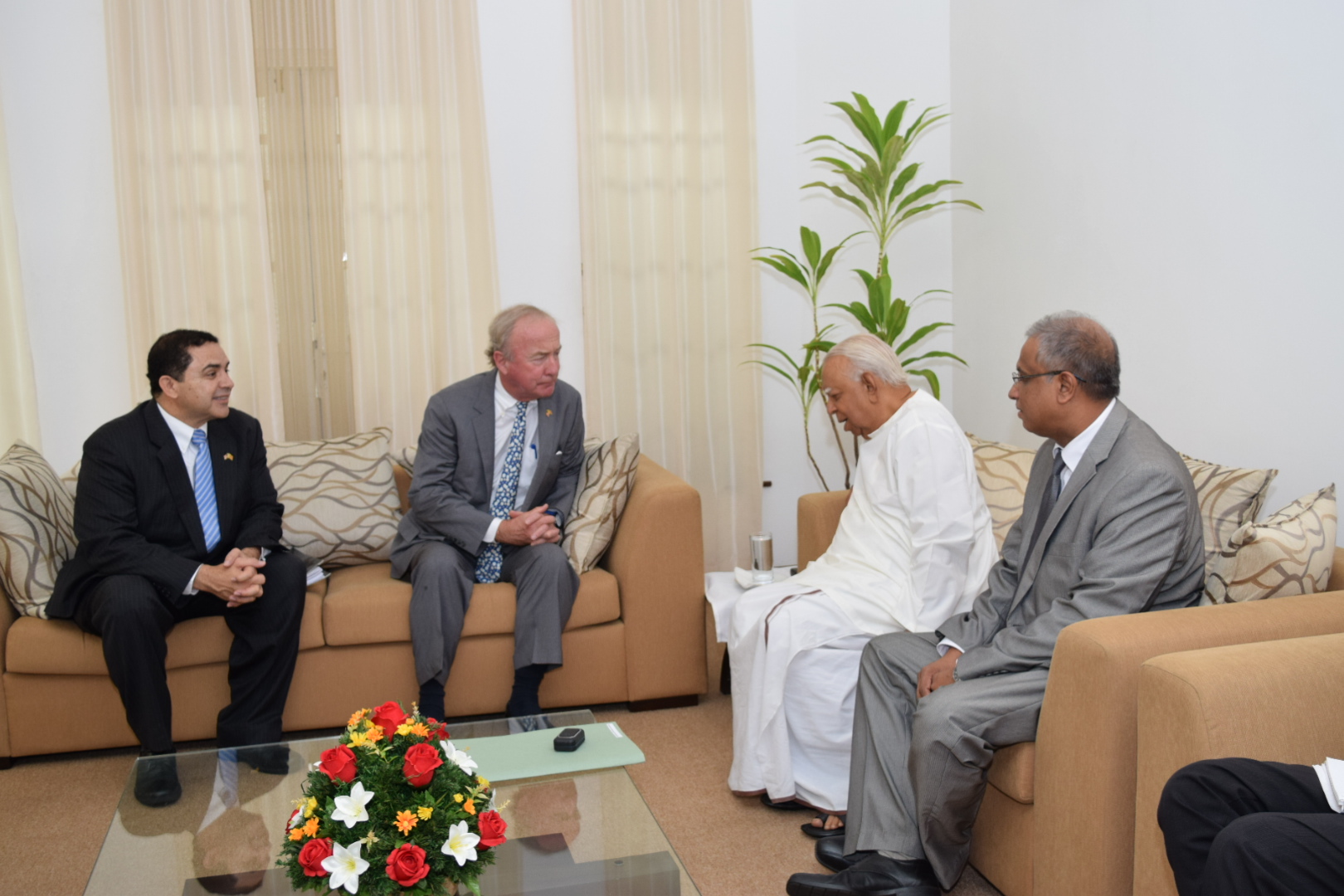 Mr. Sampanthan Urged the delegates to bring to the notice of the Government hierarchy that uncertainty in this matter cannot be continued and they must come together and resolve the national question by enacting a new Constitution which will have the maximum possible consent of both the people and the political parties.

Speaking on the issues faced by the Tamil People Mr. Sampanthan highlighted that the Issue of the missing persons must be addressed without any further delay. He noted though the Office of the Missing Person act has been passed in Parliament it has not been operationalized yet. By setting up the Office of the Missing Persons and conducting credible investigations truth must be ascertained in the cases of missing persons and the Families of the missing persons should be provided with the relevant information as to what happened to their loved ones.

On the question of release of Lands Mr. Sampanthan Highlighted that the Military in the occupation of these lands are in engaged in cultivation and they sell the products to the owners of the same land. He said this situation is very disturbing as people have been deprived of their fundamental right to live in their land even after eight years since the war came to an end. Though the Government has taken certain steps in this regard the process is not rapid enough Mr. Sampanthan added.

Mr. Sampanthan said, “I cannot let my people suffer indefinitely on these matters and this Government must realize that these fundamental issues must be addressed early as possible to avoid adverse situations emerging in the future”.

Speaking on the Unemployment among the youths Mr. Sumanthiran highlighted that Government seems to have no concrete plans to create mass jobs. The unemployment issue has also been the root cause for many social issues faced by the young people in this country he added. Mr. Sampanthan requested the delegates to initiate proposals in this regard and to support the young people of this country.

Mr. Sampanthan urged the delegates, that their government must hold the Sri Lankan Government accountable for the commitments they have made to the International Community particularly with regard to the full implementation of the Co-sponsored UNHRC resolution. He further said, “that Sri Lankan Government cannot evade from its responsibilities of fulfilling its commitment to the International community”.

The congress delegates thanked Mr. Sampanthan and said “We salute your courage and perseverance over two decades on these matters and assured that they would certainly take up his concerns when they meet with the Members of the Government.

– Issued by the TNA