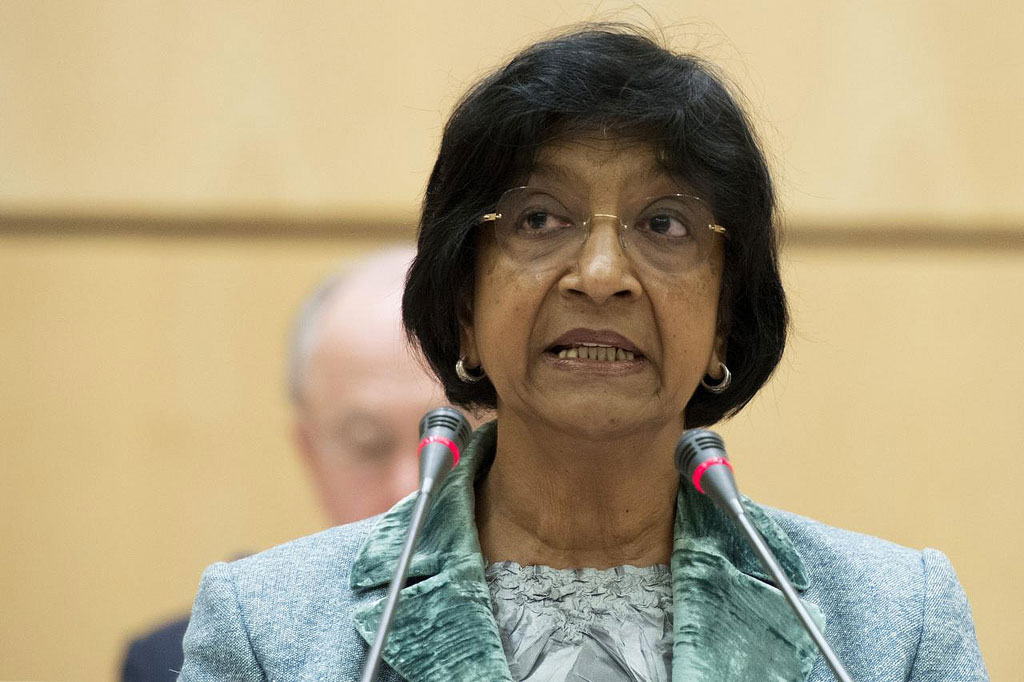 31 August 2013 – Although the fighting is over, the suffering is not, the United Nations human rights chief today said wrapping up a week-long visit to Sri Lanka where she warned that the country is sowing the seeds of future discord by limiting personal freedoms and human rights.

“I am deeply concerned that Sri Lanka, despite the opportunity provided by the end of the war to construct a new vibrant, all-embracing state, is showing signs of heading in an increasingly authoritarian direction,” Navi Pillay, the UN High Commissioner for Human Rights told journalists in the capital, Colombo.

“It is important everyone realizes that, although the fighting is over, the suffering is not,” she noted, adding that while the Government has made importance reconstruction achievements – with the help of donor countries, UN agencies and non-governmental organizations – reconstruction alone would not bring reconciliation, dignity, or lasting peace.

“A more holistic approach is needed to provide truth, justice and reparations for people’s suffering during the war,” Ms. Pillay said, warning against the curtailment or denial of personal freedoms and human rights, persistent impunity and failure of rule of law.

The High Commissioner noted that checks and balances on the Government have been weakened with recent legislation allowing the president the appoint members of commissioners, and the independence of the judiciary questioned.

“The war may have ended, but in the meantime democracy has been undermined and the rule of law eroded,” Ms. Pillay told the press.

During the trip, her longest official visit to a single country, Ms. Pillay met with President Mahinda Rajapaksa, among other government officials, and held talks with senior judicial figures, members of the National Human Rights Commission and the committee monitoring the National Plan of Action on the recommendations of the Lessons Learnt Reconciliation Commission.

Ms. Pillay also met with representatives of civil society and spoke to families in the northern former war zones in Jaffna, Kilinochchi, Mullaitivu, and Trincomalee in the east.

The High Commissioner said that the Government, which had invited Ms. Pillay for the visit, had allowed her to go and speak to whomever she wanted, but that some of the activists, journalists and ordinary Sri Lankans who wanted to meet with her were harassed by police or military officers.

“This type of surveillance and harassment appears to be getting worse in Sri Lanka, which is a country where critical voices are quite often attacked or even permanently silenced,” Ms. Pillay said.

She added that such actions are “utterly unacceptable at any time” but “particularly extraordinary” during a visit by a UN high commissioner for human rights.

“The United Nations takes the issues of reprisals against people because they have talked to UN officials as an extremely serious matter,” she noted.

In her remarks, Ms. Pillay also urged the Government to urgently stop harassing and intimidation of human rights defenders and journalists.

She also called on the Government to pass legislation in support of witness and victim protections, which has been languishing in draft form since 2007.

In addition, she said that she was concerned about attacks against religious minorities and was surprised that the Government “seemed to downplay” the issue.

Ms. Pillay also noted the prevalence of the military and its level of involvement in what should be civilian activities, including education, agriculture and tourism.

She also noted the vulnerability of women and girls, especially in female-headed households to sexual harassment and abuse, and the obstacles to counseling and psychosocial support to families, particularly in the North.

Ms. Pillay is due to brief the UN Human Rights Council on her findings next month, with a full report to follow in March 2014.

Sri Lankan Government forces declared victory over the rebel Liberation Tigers of Tamil Eelam (LTTE) in May 2009, after a conflict that had raged on and off for nearly three decades and killed thousands of people. The final months of the conflict had generated concerns about alleged violations of international human rights and humanitarian law.
UN