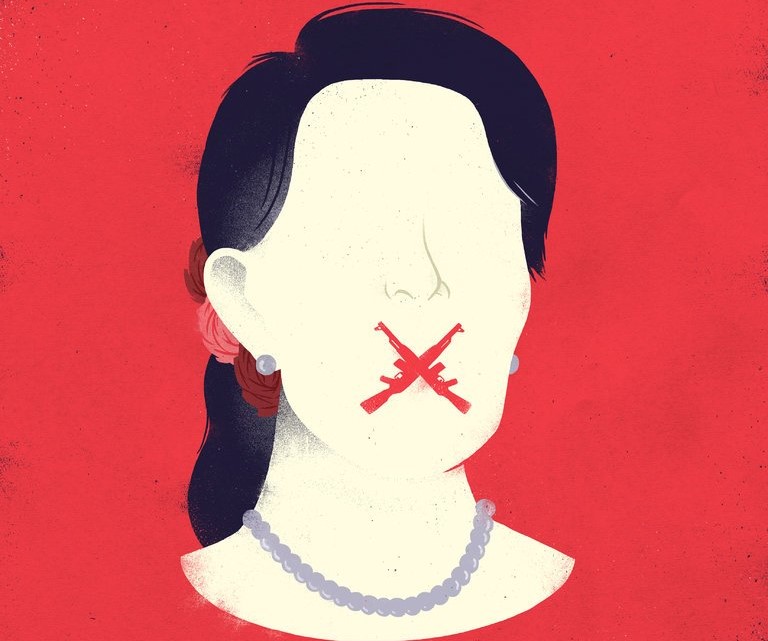 ( NYT) The news coverage of Myanmar over the past several months has led many people to conclude that Daw Aung San Suu Kyi, the de facto leader of the country, has abandoned her responsibility to protect human rights. Hundreds of thousands of people from the Rohingya ethnic minority are being expelled by the military from lands in western Myanmar, where they have lived for centuries. By any standard, we are witnessing the most fundamental violations of human rights.

Beneath these atrocities lie the complex internal politics of Myanmar. We need to remember what happened when, to international acclaim, Ms. Aung San Suu Kyi emerged as the democratic leader of Myanmar in November 2015, after nearly 50 years of military dictatorship.

The military denied her the title of president through a constitutional provision. And most important, following the transition from military rule to a form of democracy-lite, the military retained vast powers beyond its 25 percent stake in Parliament. It kept absolute authority over the country’s defenses, internal security and border control — and over the entire Civil Service. That distribution of power has meant that Ms. Aung San Suu Kyi is legally prevented from directing the military or broader security forces to do anything against the wishes of the country’s supreme military commanders.

This is the context for Ms. Aung San Suu Kyi’s speech this week on the crisis in Rakhine State. Many people criticized her for not thundering against the military brutality in Rakhine, the home of most Rohingya. But the speech did strike a delicate balance between outright criticism of the military and the political constraints she faces.

She said that those guilty of human rights abuses will be dealt with under the full force of the law. Given that the military continues to hold power through the barrel of a gun, that position took courage.

The military is not a monolith, and many hard-line generals would like to regain full control of the government. Ms. Aung San Suu Kyi’s challenge has been to avoid providing the military with sufficient cause to justify a coup against her democratically elected government while also working toward long-term solutions for the Rohingya. The danger is that she falls between two stools — depicted by the military as too weak on “national security” while being seen in the eyes of the international community as too weak in her defense of an ethnic minority.

In her efforts to stabilize the situation in Rakhine, Ms. Aung San Suu Kyi appointed Kofi Annan, the former United Nations secretary general, to head a commission to make recommendations. The commission’s final report, released in late August and fully embraced by Ms. Aung San Suu Kyi, recommends, among other things, the closing of camps for internally displaced people, freedom of movement, minority participation in civic affairs and the creation of a mechanism to carry out the commission’s recommendations.

But within days of the report’s release, a newly insurgent terrorist organization, the Arakan Rohingya Salvation Army, attacked several border posts. The attacks were then used to justify the violent response from the military that led to the current appalling humanitarian crisis.

It is estimated that 200,000 to 400,000 people are being pushed toward Bangladesh. Some are making it across. Others are not. There are reports of rape, murder and entire villages being burned to the ground.

This is also affecting the people who live alongside the Rohingya Rakhine State. And the plight of all ethnic minority groups has been compounded by the deadly incursions of the Arakan Rohingya Salvation Army.

The military’s campaign is part of a strategy to harness the Buddhist majority’s deeply held sentiments against the Muslim Rohingya. But expelling the Rohingya also helps the military impugn Ms. Aung San Suu Kyi in the eyes of Myanmar’s people. In pressuring her to voice some support for the plight of the Rohingya, the military is attempting to show that she is not prepared to stand up for the Buddhists against the Rohingya or other ethnic minorities deemed by popular sentiment to not be part of the Burmese nation.

The military also hopes to undermine Ms. Aung San Suu Kyi in the eyes of the international community, where she is seen as too weak in her defense of the Rohingya. The military has been succeeding in this, even though she has been largely powerless to act, given the legal, constitutional and realpolitik constraints she is facing.

The international community, therefore, faces a dual crisis of its own: First, an enormous humanitarian emergency in Rakhine State. Second, a military strategy manufactured to undermine Ms. Aung San Suu Kyi’s standing at home and abroad, and to pave the way for a return to a form of military rule.

When the United Nations sits down to decide what to do, both these factors must be considered.

The Rohingya must be protected as a matter of the highest priority. But so, too, must we stand up for the fledgling democracy in Myanmar. That requires not only demanding that the military end its brutal campaign against the Rohingya, but also not retreating from supporting Ms. Aung San Suu Kyi. And the body formed to carry out the Annan commission recommendations needs more international support.

Ms. Aung San Suu Kyi is no saint; no political leader is. Yet unless the international community focuses on the full dimensions of this crisis, not only will the humanitarian disaster for the Rohingya be prolonged, we will also see the end of democratic rule in Myanmar.

Kevin Rudd, a former prime minister of Australia, is the president of the Asia Society Policy Institute.