Mourning the death of Reform Agenda in Sri Lanka 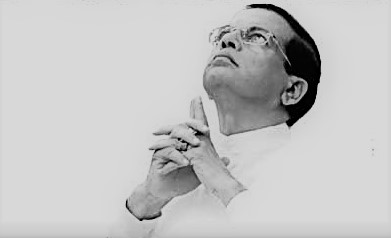 When President Maithripala Sirisena took office three years ago he voluntarily surrendered most of the powers of the executive presidency to the Prime Minister and Parliament, and supported a reduction in the term of office of the President from 6 to 5 years. It was a key part of the Reform Agenda he had campaigned on and received six million votes for.

That is why Sri Lankans are wondering why he is asking the Supreme Court whether he could serve a six-year term.

Is it a sudden change of mind?

I don’t think so, because there have been signs that the President is growing into a job that he got rather unexpectedly, and may want to keep it a bit longer, partly if not wholly, because of recent events.

A few days ago, we were treated to a disgraceful display by Members of Parliament where these ‘Honourable’ representatives of the people fought like schoolboys, and even the normally dignified Prime Minister Ranil Wickremesinghe resorted to Trade Unionist sloganeering.

Members, mostly from the Joint Opposition, and the United National Party, shouted ‘hora, hora’ (thief) at each other after the Government failed to table the report of the Presidential Bonds Commission as promised.

While the JO yelled ‘Ranil hora’ the UNP Members responded with ‘Mahinda hora.’ No mention of the President here.

At this time, SLFP leadership – at least what some would call the Maithri Faction – was not by the Diyawanna but in Anuradhapura, launching its Local Government (LG) election campaign.

Addressing the rally, the President sought to use a pithy, commonly used example to spin this public display of hooliganism by his rival parliamentarians to his advantage.

Effectively he painted both the UNP and the Mahinda faction of the SLFP as the rogues that have looted the nation’s wealth.

Within hours, an expertly edited video version of these remarks, interspersed with clips from the fracas in Parliament, was being shared by thousands on Social Media.

“The President is using his homespun style to present himself as an alternative to the electorate,” observes Political Commentator Dr. Suren Rāghavan.

It was soon afterwards that the political bombshell was dropped on the nation as documents leaked to the media indicated that the President was asking the Supreme Court whether he could continue in office until 2021, a full six-year term, instead of the 5-year term he had said he would serve as stipulated in the 19th Amendment to the Constitution that he himself had championed.
A chorus of protests has risen in the country to this idea, mostly on the grounds that a man who had said “five years is enough for me,” has no moral right to ask for another year.

The Centre for Policy Alternatives (CPA) is among the Civil Society groups protesting. In a statement it said “In the lead up to the enactment of the 19th Amendment in 2015, President Sirisena himself noted that the reduced Presidential term of five years will apply to himself. CPA hopes the President is mindful of his earlier assertions. CPA also urges Constitutional and political actors to act in a manner that upholds the spirit of the 19th Amendment.”

After considering public petitions that argue for and against the request, a five-Judge bench of the Supreme Court is to convey to the President this weekend, the legality of a sixth year.

Rāghavan says the fact that Sirisena asked the Supreme Court for an opinion as to whether he can continue for a sixth year is remarkable. “Other Presidents, whether it was J.R. Jayewardene or Mahinda Rajapaksa bullied the Supreme Court,” into doing what the Chief Executive wanted it to do. “It’s the right thing for a democratic leader to do,” he points out.

Rāghavan is among those who are supportive of an extra year for the President and also that Sirisena, against all his promises, should contest for a second term in office.

“What alternative is there?” he asks. “If the Mahinda faction comes in, they will resume terrorizing everybody. If Ranil comes in they will continue looting the country. Between the Devil and the Deep Blue Sea, I prefer Maithri,” he says.

Professor Sarath Wijesuriya, a Senior Lecturer at the Colombo University and one of the architects of the Reform Agenda on which Sirisena was elected to power is also supportive of the President continuing in office for the same reasons.

But he paints the bigger picture which saddens him.

“He should have dissolved Parliament when he was elected and asked the electorate to vote on the Reform Agenda. Instead, he appointed the minority UNP as a Government and then went for the election. All this (the Bond Scam) took place in the interim,” he says.

Wijesuriya also feels that Sirisena believes that after Wickremesinghe came to power, the Prime Minister ‘cut a deal with the Rajapaksas that he will not harm the family (in investigations into alleged criminality by the Rajapaksa sons and brothers.)’ In that context, he states, he had no choice ‘but to accept the Chairmanship of the SLFP for his own survival.’

Rāghavan agrees that appointing Wickremesinghe as PM before a General Election was a ‘political mistake.’

“It was one small signature on a paper, but history will judge Sirisena harshly for that,” he says.

Now, says Wiejsuriya, Sirisena has lost the independence he had as Common Candidate and therefore is unable to implement the reforms Sri Lankans are crying out for.

“It is a sad day, because the Reform Agenda is dead,” he laments.

A cartoon, also doing the rounds on Facebook and Twitter, shows an ordinary citizen passing by Parliament and hearing the sounds of the ‘hora, hora’ chant from within, responds by saying “no need to yell, we know.”

That is a good representation of the dilemma faced by voters.

Increasingly, the situation has left us with nothing to go on.

Soon we need to vote for elections to LG bodies, which should only be about getting our day to day needs addressed, but these shenanigans have overshadowed what should have been a local campaign.

It is difficult to predict the sort of impact all this will have on the upcoming LG polls, but it is evident that the disgust with party politics is growing among the electorate.

Courtesy of the Ceylon Today.