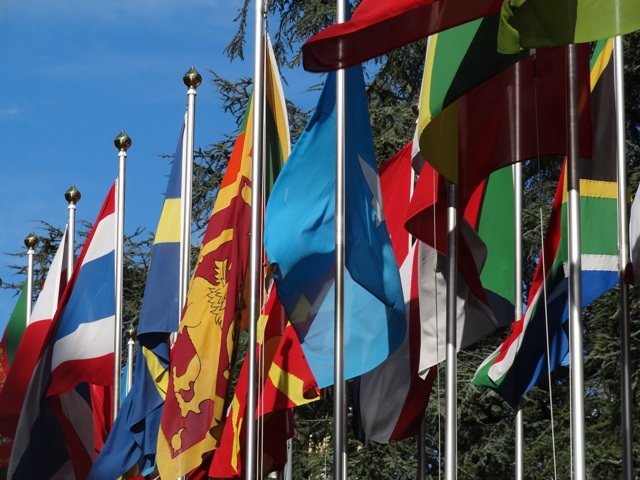 GENEVA — The United Nations Human Rights Council is preparing to vote this week on a resolution that urges Sri Lanka to deliver on its promises to investigate allegations of mass civilian slaughter in the army campaign that crushed a rebel group in May 2009, and expresses growing international concern over a lengthy catalog of continuing atrocities.

The resolution, sponsored by the United States, calls on Sri Lanka to investigate possible violations of international human rights laws — polite diplomatic shorthand for growing evidence that soldiers killed tens of thousands of civilians in the campaign that crushed the rebels, the Liberation Tigers of Tamil Eelam. It also cites reports of abuse that has continued since then, including extrajudicial killings, torture, forced disappearances, intimidation and violent reprisals against journalists and human rights activists.

Without some accountability for the civilian deaths, the United States and its supporters argue, there will be no lasting reconciliation to allow Sri Lanka to turn a corner on a civil war that dragged on for 26 years as the Tamil Tigers unleashed extremes of violence to win autonomy for the mainly Tamil northern and eastern parts of the island from its overall Sinhalese majority.

But Sri Lanka’s leaders denounce the initiative as unwarranted and dangerous foreign meddling. The dispute is another chapter in the opposing narratives on how the government ended the war and is now handling the peace.
For four years, the government of President Mahinda Rajapaksa has insisted that its army carried out a rescue operation of people trapped in areas controlled by the Tigers in 2009, strictly adhering to a “zero civilian casualties” directive from the president. And since the war’s end, the government claims to have made huge strides in resettling more than 200,000 people displaced by fighting, clearing large areas of land mines and pouring hundreds of millions of dollars into rebuilding the social and economic infrastructure of the north and east.
Moreover, Sri Lanka has already embarked on restoring harmony, the government says, pointing to a reconciliation commission set up in 2010 and a national plan of action and national humanitarian plan adopted later to carry out its recommendations. “Sri Lanka needs adequate time and space to resolve such wide-ranging and deep-rooted issues,” Mahinda Samarasinghe, the president’s special envoy on human rights, told the council at the start of its current session.

But that version of events has faced growing skepticism since March 2011, when a United Nations panel of experts issued a report concluding that 40,000 civilians were killed in the closing weeks of the war. The panel said there was credible evidence that the Tigers had committed war crimes, using civilians as a buffer, but most died in sustained army shelling of areas it had designated as no-fire zones.

A day or two before they vote on the resolution, council members will hear a report from Navi Pillay, the United Nations human rights chief, acknowledging significant government progress on rebuilding infrastructure but saying that the steps Sri Lanka’s leaders have taken to investigate abuses are “inconclusive and lack the independence and impartiality to inspire confidence.” Ms. Pillay calls instead for an international investigation, a move that drew a rebuke from Sri Lanka and accusations of bias.

Adding to the heated atmosphere, a new documentary, shown for the first time before the Human Rights Council in Geneva this month, purports to show the flesh-and-blood reality of events reviewed by the panel. The film, “No Fire Zone: The Killing Fields of Sri Lanka,” juxtaposes footage of an army commander asserting that his troops had not used heavy weapons with harrowing video of villagers struck by artillery shells aimed at food distribution points and hospitals.

The documentary confronts official denials of summary executions with trophy videos, apparently filmed on soldiers’ cellphones, showing troops shooting naked, blindfolded prisoners. In the same vein, a series of photos, apparently shot from the same camera, show Balachandran Prabhakaran, the 12-year-old son of Velupillai Prabhakaran, leader of the Tamil Tigers, first sitting in a bunker munching a snack, then lying dead with five bullet holes in his chest.

“We see it as a film of record but also a call to action,” Callum Macrae, who made “No Fire Zone” and two other television documentaries on the same subject, told reporters before its first screening. Digital forensic experts examined all photographs and video for evidence of tampering and found none, Mr. Macrae said.
The film, and the use of United Nations premises to show it, drew swift protests from Ravinatha Aryasinha, Sri Lanka’s ambassador to the United Nations in Geneva. He did not watch the film, but appeared at the end of its first screening to condemn “footage of dubious origin, content that is distorted and without proper sourcing and making unsubstantiated allegations.”

Council watchers foresee more support for this year’s resolution than last year’s, a prediction that appears to reflect growing international concern about human rights abuses. Beyond the forced disappearances and reprisals, Sri Lanka’s security forces have used rape and sexual violence against Tamil men and women detained as suspected supporters of the Tamil Tigers, according to a report released by Human Rights Watch last month.
Beyond such extremes, analysts say Tamils, who are mostly Hindu, now live in a state in which the largely Sinhalese military is the dominant force in daily life, creating large military settlements, building settler camps and temples for the predominantly Buddhist Sinhalese in largely Hindu areas, and taking up economic ventures in the north and east.

“There is a project to undermine the political power of Tamil people in the northern province and Sri Lanka generally,” Alan Keenan, a project director and senior analyst at the International Crisis Group, said in a telephone interview. Sri Lanka has a long history of Sinhalese and Tamil militancy against perceived injustice, he noted. “They are playing with fire if they continue so harshly to deny Tamils their rights.”