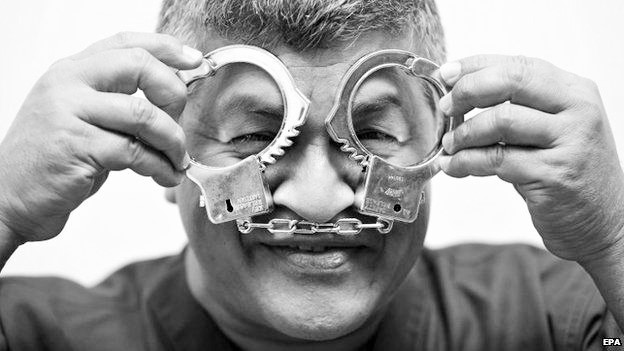 The Government’s proposed draft on a new counter-terror law for Sri Lanka is rather like a thoroughly unpleasant case discovery. Each time that one revisits afresh, new horrors are unearthed.

Several other fiendish offences
Drawn reluctantly back to this document following representations from several quarters, it may be said that absorbing its contents could well qualify as being subjected to cruel, inhumane and degrading treatment within the meaning of Article 11 of the Constitution. Possibly, this exercise may not warrant that necessary degree of severity amounting to an infliction of torture. But even that is debatable, given that psychological torture is encompassed within the modern definition of the term.

This accusation is warranted by the draft’s atrociously wide reach of acts classified as offences which, in whole, would prohibit the entire range of democratic activity. A few such offences were commented upon in these column spaces following extracts of the draft being exclusively published in this newspaper, (see ‘Is this counter-terrorism in a far deadlier garb?’ the Sunday Times, October 16, 2016). Apart from these, several other fiendishly contrived offences are also included as ‘terrorism related offences’ and ‘associated offences’ which carry stiff penalties. I will return to this later.

But first, some general observations are pertinent. On sober consideration, it is the very height of unfounded optimism as expressed by some politicians, to claim that this document can somehow be ‘cleaned up’ during the parliamentary committee process. In fact, there is a distinctly mischievous danger therein, given the eager propensity of even the political representatives of the minorities to conform to unhealthy compromises of the Unity Government. Leaving this draft to their slender mercies carries a high degree of risk.

And lest the misguided think that this is a concern limited only to the North and East, the contrary is the case. The Prevention of Terrorism Act (PTA, 1979), which this new counter-terror law is meant to replace even though it is far worse, was first used against leftist activists of the majority community under the Jayawardene dispensation.

Since then, the PTA has been employed with scant regard to ethnicity, though the decades long Wanni war meant that its victims were predominantly of Tamil ethnicity. In the eighties, ordinary Sinhalese citizens were targeted by the PTA during the so-called ‘period of terror’ in the South. The media was the first victim of the combined ill effects of the PTA and emergency regulations imposed under the Public Security Ordinance (PSO, 1947). Journalists were threatened, assaulted, imprisoned and killed under these laws.

Cardinal fault is ours
Those pontificating on media standards while living in the comfort of their secluded corners amidst retreating in dismayed disorder at the disarray of their much hyped rainbow alliance need to be forcibly reminded that journalists lived (and sometimes died) under the shadow of these laws. From that perspective, it is somewhat miraculous that notwithstanding its considerable racist, communalistic and chauvinistic warts, the mainstream media continues to function at all in this country.

Returning to that era of terror is still very much within the bounds of possibility. The cardinal fault is ours in allowing such a horrendous draft to emerge in the first instance. Secretive legislative drafting in exclusive conclaves, whether in relation to transitional justice, counter-terror or constitutional reform, should have not been tolerated from the inception. This is an exercise which runs directly counter to good governance precepts.

Pulling out ad hoc parts of the transitional justice package rather like a seedy magician with his rabbit’s hat has already led to incendiary resentment on the part of people directly affected by the conflict feeling excluded and marginalized. This miserable experience suffices to illustrate the dangers of complacency, even with the best of intentions. That process must not be repeated where the counter-terror draft is concerned. The repercussions would be exceedingly unfortunate.

Offending the principle of legality
As a matter of law, there is a clear argument why this draft is incapable of being revised to be acceptable. Each and every paragraph offends the first principle of legality which stipulates that a contemplated offence should be clearly defined, described in precise and unambiguous language. This was why in the past, terms such as “threatening or endangering the sovereignty or territorial integrity” of Sri Lanka or effecting “any other political or governmental change” in national security laws were completely contrary to the Rule of Law. The public uproar to revise these arbitrary laws arose from that exact objection.

Quite apart from the draft’s vague definition of terrorist acts, there are terrifyingly familiar echoes in its classification of ‘terrorism related offences.’ This prohibits ‘words either spoken or intended to be read or by signs’ etc which ‘causes or intends to cause the commission of acts of violence between different communities or racial or religious groups. The prohibition is coupled with intent to cause harm to the ‘unity, territorial integrity or sovereignty of Sri Lanka or the peaceful coexistence of the people.’

These were the same clauses used to imprison journalists and dissenters in the past with the importation of additional references to ‘unity’ and ‘peaceful coexistence.’ These prohibitions are contrary to the Johannesburg Principles on National Security, Freedom of Expression and Access to Information which permits expression to be punished only if it incites imminent violence and there is a direct and immediate link thereto.

Disposing of the draft without further ado
Ludicrously the proposed offences also encompass theft of property by the State, including data, intellectual property or ‘other information.’ What exactly is meant by ‘other information’ is a matter for wild surmise.

In sum, this is the worst national security draft ever to be proposed in the history of this country, including under the Executive Presidencies of Jayawardene, Premadasa, Kumaratunga and Rajapaksa. It remains to be seen if President Maithripala Sirisena is desirous of having this dubious honour associated with his celebrated ‘yahapalanaya’ Presidency. The public demand must be to dispose of it unceremoniously and without further ado.