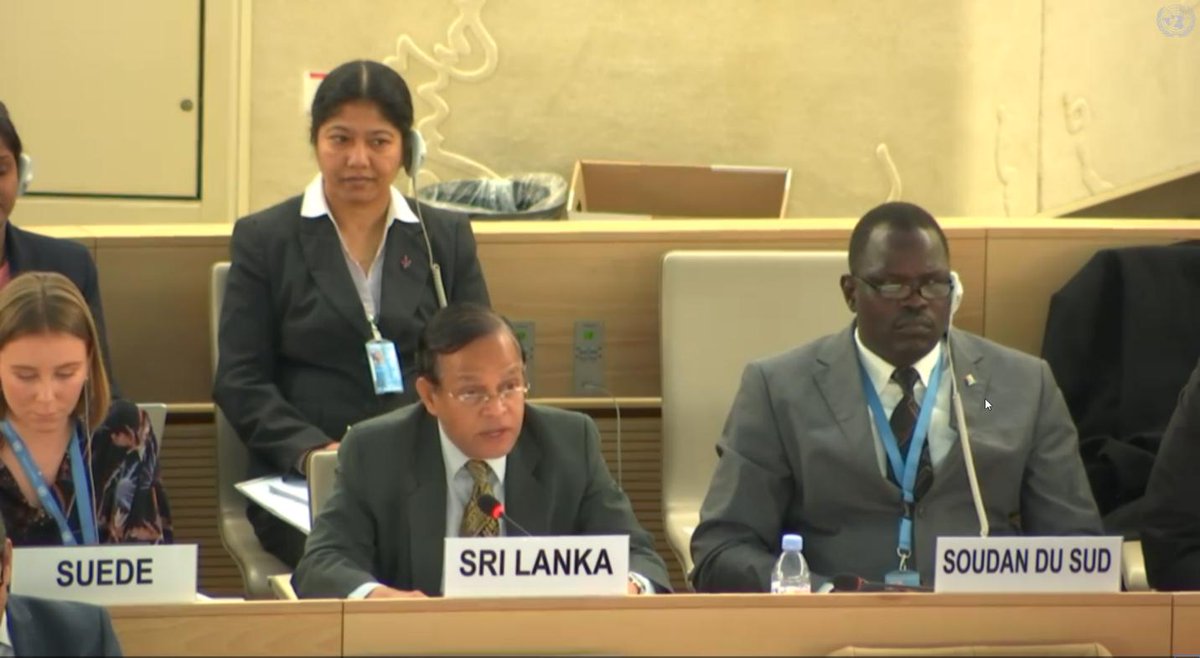 Finance Minister Mangala Samaraweera says Sri Lanka’s Ambassador to Geneva A.L.A. Azeez had only followed instructions issued from Colombo when he signed the co-sponsorship form of the Resolution on Sri Lanka.

He said that the decision to request for a technical/procedural rollover this year was taken after consulting both the President and the Prime Minister in February 2019 ahead of the organisational meeting of the 40th session of the Human Rights Council on 16 February 2019.

Samaraweera, a former Foreign Minister said that instructions pertaining to the co-sponsorship were merely conveyed to Sri Lanka’s Permanent Representative to the UN in Geneva, Ambassador A.L.A. Azeez by Mano Tittawella, Secretary-General of the Secretariat for Coordinating Reconciliation Mechanisms (SCRM) which comes under the Prime Minister’s Office.

The SCRM was formed by the Cabinet of Ministers in 2016 for the overall coordination of reconciliation activities including implementation of resolution 30/1.

Samaraweera said that the Minister of Foreign Affairs, Tilak Marapana, was also fully aware of the instructions which were conveyed by him to Ambassador Azeez as well.

Minister Marapana had also asked Ambassador Azeez to coordinate matters with respect to the resolution with Tittawella, and had kept the Secretary to his Ministry Ravinatha Aryasinha informed.
President Maithripala Sirisena had said last week that he and the Foreign Minister were not aware of the decision to sign the co-sponsorship document. (Colombo Gazette)