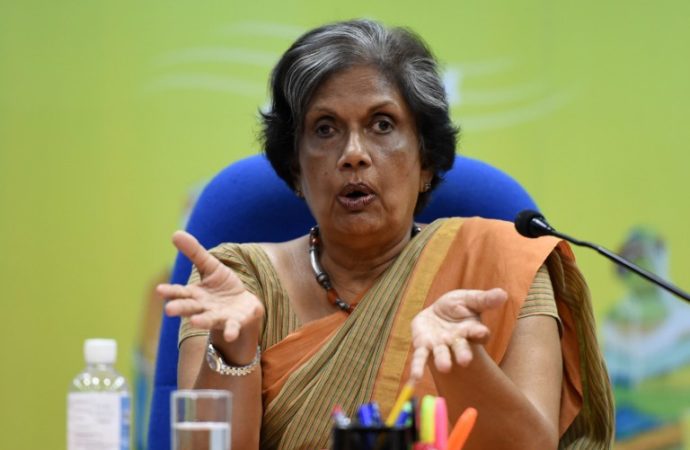 Sri Lanka Army has refuted former president Kumatatunga’s statement that “The war-affected Tamil women are now subjected to sexual harassment by men from their own community and military and other public officers” .

Ex-president Chandrika Kumaratunga was speaking to the Foreign Correspondent Association (FCA) of Sri Lanka.  She further said  that “there are women, who became widowed due to the 37 year conflict, among those who had to give sexual bribes to get their letters signed and other work done by officials”. She was speaking in her capacity as the  chairperson of the reconciliation secretariat.

Statement says that “the Army Headquarters has noted with dismay a recent statement, alleged to have been made by the head of an ethnic reconciliation body on sexual exploitation and abuses of Tamil women by the Army in the post war scenario. The Army categorically denies the same as a baseless allegation.

“Regrettably, the author of this statement has made unsubstantiated and baseless assertions without specifying any incident of sexual exploitation or abuse.”

It further says that “at a time when the Government is genuinely committed to the Rule of Law and Reconciliation, baseless assertions of this nature would only jeopardize the reconciliation process. “