Militarisation: Accused of enforced disappearance of 11 youth, Rear Admiral Karannagoda to be appointed as a Governor 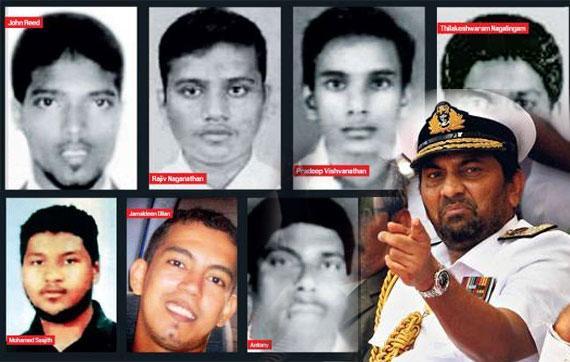 Admiral of the Fleet, Wasantha Karannagoda is tipped to be appointed as the Governor of the North Western Province The Morning reports.

President Gotabaya Rajapaksa has appointed dozens of serving and retired military generals to influential administration positions.  This appointment also seen as a continuation of militarisation of administration under Rajapaksa.

War time Navy commander is 14th accused of the case of abduction and enforced disappearance 11 young men in the Abduction of 11 Youth between August 2008 and March 2009. Indictments against the accused, Sri Lankan Navy officers  were served in January 2020 after more than a decade of investigations.

Recently Attorney General has indicated that charges against Wasantha Karannagoda will be not persuaded.

The investigation against Admiral Wasantha Karannagoda was part of a case that cast a spotlight on extrajudicial killings during Sri Lanka’s 37-year ethnic war that ended in 2009.

Attorney General Sanjay Rajaratnam told the Court of Appeal that the state will not pursue charges against Karannagoda, who was first indicted in 2019.

A court official told AFP that a lower court would soon discharge Karannagoda, one of 14 people accused of abducting the teenaged children of wealthy families in 2008 and 2009 and killing them after extorting money.