Matale Mass Grave: President Rajapaksa now has an opportunity to prove his commitment to his once professed values of human rights 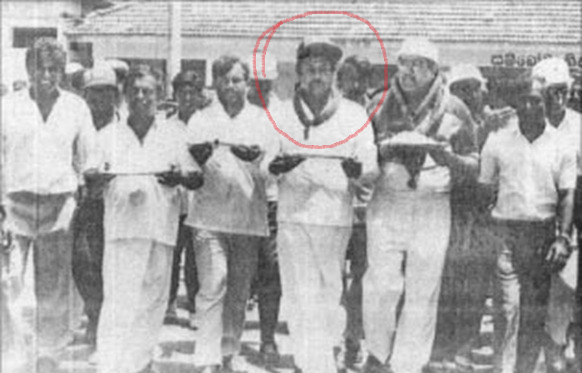 This newspaper covered in disturbing detail, the discovery of a mass grave in the backyard of the Matale Hospital, and the gory revelations that emerged subsequently, which were made in two specialist reports which said the site was a mass burial pit that dates back to the time of the JVP insurgency in 1989-90, and that the skeletal remains bore marks of extensive torture.

On Sunday, the Judicial Medical Officer of Matale urged the family members of the disappeared youth of that era (1989-90) to come forward to identify the remains of the 154 nameless victims that had been buried at the site.

The general tendency at the conclusion of brutal and costly civil wars and insurgencies is to forget the past, ostensibly to look forward to a much better future. The common argument, which is put forward in defence of this practice – and against retributive justice – is that investigations into past brutalities blamed on the security apparatus would complicate the reconciliation process. In some of the highly polarized and unequal societies in Latin America, the wheels of justice turned exceedingly slowly. In places like Guatemala, where nearly 200,000 people were killed and 40,000 disappeared during the US- supported counter insurgency campaign against a populist and largely indigenous rebellion, the victims had to wait until 2012 to put ex-dictator Gen Ríos Mont on trial for monstrous atrocities he and his forces had committed.

However, in some better enlightened and relatively prosperous places in Latin America, such as Argentina, the process had been much faster, though it too had to overcome numerous hurdles, including uprisings in the barrack by soldiers and officer corps who were complicit in past atrocities.

Successive Sri Lankan Governments, including that of previously activist President Chandrika Kumaratunga, let past military atrocities be swept under the carpet, despite the fact that she herself led the campaign for the excavation of the suspected mass grave in Suriyakanda. That highly emotive campaign was the catalyst in Kumaratunga’s speedy rise to the Presidency of Sri Lanka.

However, barring a handful of cases, the majority of nearly 30,000 victims, who were documented as missing and disappeared by the Truth Commission instituted by President Kumaratunga’s administration did not receive justice. Their killers are roaming freely, and their ilk, momentarily resurface in white vans, which continue to haunt this country.

Sri Lanka has repeatedly shied away from instituting due legal mechanisms to punish the perpetrators of grave human rights violations, which characterized the nation along with its famed Ceylon tea during various phases of our history: 1971, 1983, 1988-89, and the three-decade-long Northern conflict.

The indifference of the political leadership towards the human rights violations of monstrous proportions and the lack of courage and political will to act decisively was instrumental in cementing a climate of impunity in the country.

It is important to note that another activist who played the role of the ombudsman to the grieving parents, whose offspring had been snatched away by the State military apparatus and deadly para- military groups’ is now the President of Sri Lanka. When Mahinda Rajapaksa went to Geneva, he attempted to smuggle, concealed in a false compartment of his suitcase, the gory pictures of headless corpse of State terrorism in 1989-90. He was stopped at the airport and the photographs were confiscated.

President Rajapaksa now has an opportunity to prove his commitment to his once professed values of human rights. A mass grave of victims he himself might have tried to save during that dark chapter of Sri Lankan history has been uncovered. In a twist of destiny, and perhaps to test his perseverance in his once professed values, his younger brother and now powerful Defence Secretary, Gotabhaya Rajapaksa, happened to be the military Coordinating Officer of the Matale District during the counter insurgency campaign in 1989-90. By extension, that could imply the command responsibility of the officers, including Gotabhaya Rajapaksa who were in charge of the Gajaba Regiment, which was deployed in Matale at the time.

Such a link could be a strong disincentive for an independent investigation. In the light of recent developments, which seriously eroded the independence of the Judiciary, there are serious concerns as to whether the existing Court mechanism is capable enough to handle a decisive case, which may also have potential political connotations. That is more the reason for the establishment of a special court to investigate the mass grave and to obtain statements from the potential witnesses, including those survivors of an alleged military torture chamber that had been operated from a nearby school, Vijaya Vidyalaya, near the current mass grave, in 1989-90.

The prevailing climate of impunity in the country is born out from its indifference to past atrocities. Therefore, it is in the interest of the country and its current and future generations, that the country puts an end to the cycle of mass disappearance and extra judicial killings that has haunted the country at various phases of its history. That is only possible by sending a strong signal that the country would no longer tolerate mass murderers and perpetrators of crimes against humanity.

The government should not hesitate to make that decisive move.
CT