Matale Mass Grave: All extra-judicial killings of all eras should be probed transparently – Sajith 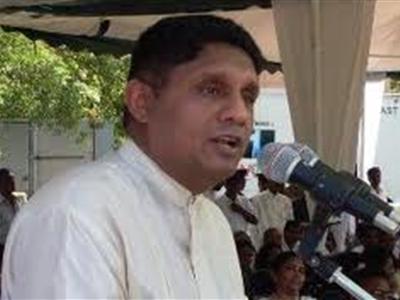 President Mahinda Rajapaksa, as the Defence Minister, who should initiate such a probe– Nimal

The Government has not as yet decided to probe the Matale mass graves and the matter had not been even taken up at Cabinet level, a frontline government Minister said yesterday.

This follows the discovery of 154 skeletal remains in the Matale hospital grounds by digging the ground to set up a bio-gas plant in November last year. Radio carbon dating had revealed that the mass grave belonged to the 1987-1990 era, which was during the UNP governments led by Presidents J. R. Jayewardene and Ranasinghe Premadasa.

There had been no government decision taken on the matter and it had not been taken up even at Cabinet level, Leader of the House and Irrigation Minister Nimal Siripala de Silva told The Island yesterday.

He said that if at all, it should be President Mahinda Rajapaksa, as the Defence Minister, who should initiate such a probe.

Meanwhile, President Ranasinghe Premadasa’s son and Hambantota District UNP MP Sajith Premadasa said that all extra judicial killings should be probed, irrespective of the period and who was in which government.

Ideally, extra judicial killings should be probed from the time of the April 1971 insurrection until now, whether they were committed by the SLFP, UNP, JVP, LTTE or any other party, he told The Island yesterday.

He said that the aim should be to determine the truth as to whoever was responsible and not a witch hunt. “The probes should be not only in Matale, but other places as well, and they should be transparent, moral, ethical, and conforming to the highest judicial standards and also devoid of political interference,” he said.