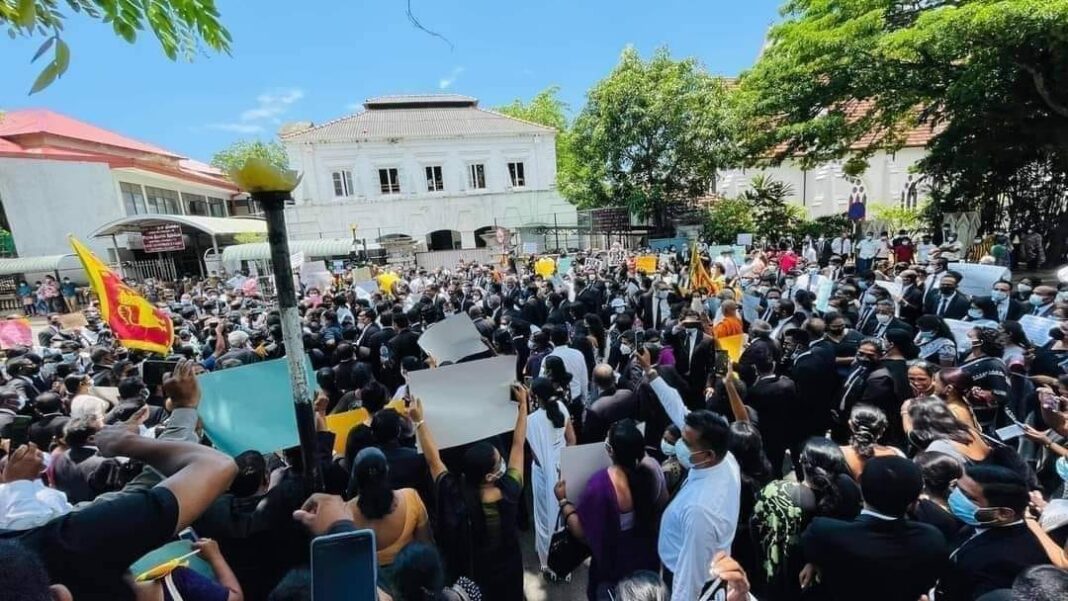 Image: Hundreds of lawyer gathered in front of the Hulftsdorp court complexto day and walked to AGs office.

They entered the premises shouting slogans alleging that role of Attorney General has been politicized since he has withdrawn cases filed against corrupt politicians. They urge the Attorney General to uphold rule of law and listen to the public .

They said the sovereignty is vested on the people and the Attorney General cannot act contrary to the people’s supremacy.(Lakmal Sooriyagoda) Daily Mirror