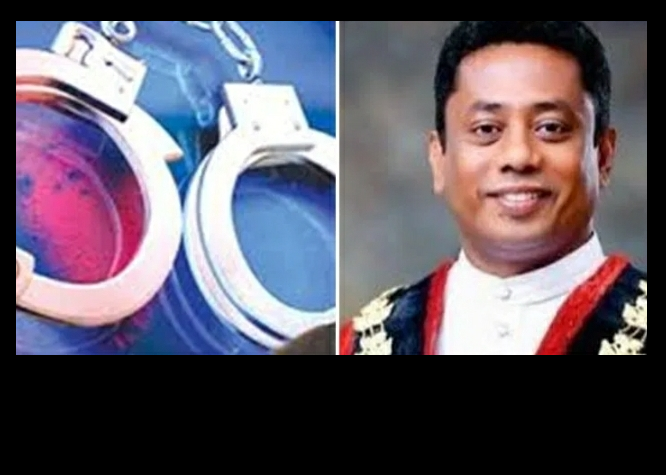 Auditor General W.P.C. Wickremaratne on Sunday (13) said that it was the responsibility of relevant political authorities to act on the findings/queries made by the National Audit Office.

The AG said so in response to The Island query with regard to the appointment of retired Judicial Officer Lalith Ekanayake, by North Western Province Governor Admiral of the Fleet Wasantha Karannagoda to conduct inquiry into allegations of corruption against Kurunegala Mayor Thushara Sanjeewa Vitharana (SLPP).

Karannagoda, who served as the Commander of the Navy (2005-2009) held several appointments after his retirement, including that of Sri Lanka’s Ambassador in Tokyo before being named Governor of the North Western Province in Dec. 2021. The NW Province comprises the administrative districts of Kurunegala and Puttalam.

The AG stressed that their findings, pertaining to the Kurunegala MC administration, had been brought to the notice of the Parliament on more than one occasion. Local Government bodies come under Prime Minister Dinesh Gunawardena, who is also the Minister in charge of Local Government ministry.

The Governor, who represents the executive, issued an extraordinary gazette notification on Nov. 09 requesting for a comprehensive report from the one-man commission within three months. Declining to comment on the developments, Karannagoda said that he would await the completion of the investigation conducted in terms of the Commission of Inquiry Act.

The appointment of one-man commission took place, consequent to inquiries conducted by three boards into findings by the National Audit Office.

The National Audit Office has queried the payment of nearly Rs 59,879,720 more than the required amount to a CCD Construction Company in respect of two projects undertaken by the Kurunegala MC. Pointing out that this excess payment had been in spite of the total value of the agreement being Rs. 232,122,585, though estimated at Rs 230,186,606.

The SLPP won the Kurunegala MC at the Feb 2018 Local Government polls. The Kurunegala Mayor was implicated in the demolition of the Buwaneka Hotel, building with a historic connection, on July 15, 2020. The Road Development Authority (RDA) demolished the building without obtaining approval from the Department of Archaeology.

Following the Governor taking action on disclosures made by the National Audit Office, an interested party had made representations to political higher-ups to thwart investigations and further actions. The Governor is empowered to suspend the Mayor pending the investigation undertaken by the one-man commission, The Island learns.

Responding to queries, Auditor General Wickremaratne explained the urgent need to have cohesive systems to take punitive measures against those found guilty of waste, corruption, irregularities and mismanagement. The disclosures pertaining to the Kurunegala MC shouldn’t be considered as an isolated incident, the AG said, adding that over the years they have submitted quite a number of reports to Parliament that hadn’t so far produced the desired results.

National Audit Office has also inquired into large scale frauds perpetrated by the Kurunegala MC, court cases, renting of shops at Kurunegala bus stand, procurement of excavator from the public sector, in spite of having one of its own, releasing of machinery belonging to Kurunegala MC to various contractors, releasing land belonging to the state and Kurunegala MC to outsiders, serious financial irregularities in the procurement of water meters outside laid down procedures and payment of Rs 329,450.00 for furniture that hadn’t been procured by the Mayor’s Office.

Investigations have revealed members of the government, the Opposition as well as officers of the Kurunegala MC brazenly sharing shops available at the Kurunegala Central market, main bus stand and Maligapitiya shopping complex outside laid down procedures. Shops meant for all had been secured through political influence and SLPP, SJB and SLFP members of Kurunegala MC had obtained shops, according to the National Audit Office. The report named all recipients, including Mayor Thushara Sanjeewa Vitharana (three shops) and Opposition Leader W. A. Wijayananda Wedisinghe (two shops).