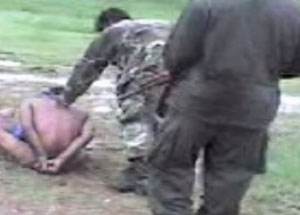 Sri Lanka has accused Britain’s Channel 4 Television of not providing the government with a copy of the video titled ‘Sri Lanka’s Killing Fields’ but assured that it is ready “to constructively engage” with the UN Rapporteur on Extrajudicial, Summary or Arbitrary Executions.

The offer to engage with Rapporteur Christof Heyns was made when Minister Mahinda Samarasinghe, who led Sri Lanka’s delegation to the UN Human Rights Council sessions in Geneva, tabled the Government’s response to the Channel 4 video at the sessions last week. The 17th sessions concluded last Friday and the next is in September this year.

The Channel 4 video was first screened at the UN complex in Geneva when the UNHRC sessions were underway and was arranged both by Amnesty International and Human Rights Watch. Mr. Heyns told the media thereafter that the footage was evidence of “definitive war crimes”.

The same video was screened last Tuesday night in Britain by Channel 4 drawing strong criticism against Sri Lanka from British leaders and the media there. Britain’s Foreign Office Minister, Alistair Burt, who is in charge of South Asia, said, “this documentary and previously authenticated Channel 4 footage constitute convincing evidence of violations of international humanitarian and human rights law”. “The UK government expects to see progress by the end of the year,” he said.

The highly-damaging publicity as a result of the screening by Channel 4 came as a boost to the anti-Sri Lanka campaign by Tamil Diaspora groups. Father S.J. Emmanuel, president of the London-based Global Tamil Forum, said, “We as a Tamil community fully agree with Foreign Office Minister Mr. Burt and we encourage governments around the world and the UN to support the British call.”

If this was not probed, he told the Sunday Times on the telephone from London, the “prospects for reconciliation will be curtailed”. Here are highlights from Sri Lanka’s response in Geneva:

“A categorical assertion has been made by the Special Rapporteur that the ‘material also includes the pictures of the dead body of Charles Anthony (son of the late LTTE leader, Velupillai Prabhakaran). The video provided by the Special Rapporteur does not to the naked eye display a body that can be identified as that of Charles Anthony when the video is compared with photographs of the deceased terrorist…
“….on an initial broadcasting of the video by Channel 4 in August 2009 immediate steps were taken in September by the Attorney-General to complain to OFFCOM (sic) UK and demand an inquiry into the conduct of Channel 4 which declined to provide an original copy of the video to the Government of Sri Lanka for purposes of investigation…..”