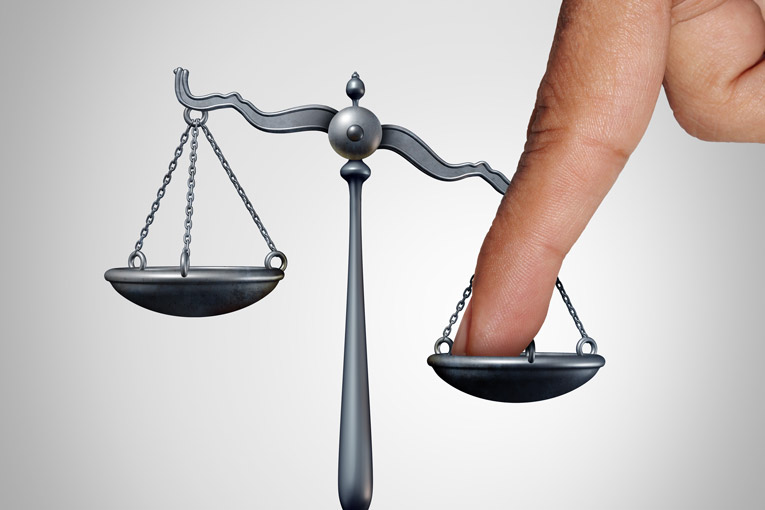 The cardinal and the high commissioner, come hell or high water?

The powerfully symbolic image of the head of Sri Lanka’s Roman Catholic Church, Cardinal Malcolm Ranjith meeting Pope Francis at the Vatican and soon thereafter, the UN High Commissioner for Human Rights Michelle Bachelet in Geneva this week conveys an unmistakable warning to the Rajapaksa Presidency.

A Government besieged on all sides

This was not the opening up of another front of challenge that this Government, already racked by inner convulsions, would want. As the meetings took place on the eve of the resolution on Sri Lanka being taken up at the 49th session of the Human Rights Council, the High Commissioner had already indicated her mind as to where the focus would be. The multiple emphasis was on pervasive militarisation of civilian spaces, undermining of democratic institutions including the legal judicial and prosecutorial functions, deprivations of the rights of minorities and the harassment of critics.

In sum, extreme impunity and deepening injustice evidenced thereto needed comprehensive ‘legal, institutional and security sector reforms,’ not token measures, the High Commissioner said. Opening statements by members of the Council also indicated a firm shift from the earlier primary focus on end-of-war crimes in 2009, to broader Rule of Law concerns. To some extent, this is an opening that the Government may capitalize on if it only had the wit, the capacity and the intelligence to do so.

But the twaddle that the Minister of Foreign Affairs indulged in, is a classic example of what not to do. There is little logic let alone reason in what was articulated on behalf of the State to the High Level Segment of the 49th UNHRC session. Merely parroting that we have domestic institutions for ‘reconciliation, accountability and social justice’ will not do. This is tired rhetoric. These institutions must actually work, justice must actually be meted out and victims must actually be afforded the full breadth of their constitutional rights.

Core issue is the justice institutions

Note the emphasis on ‘actually’ in all three limbs of that preceding sentence. To be clear, that does not mean the withdrawal of indictments against ‘politically powerful persons’ by the Attorney General without publicly justifying the same on legal grounds. Neither does it include failing to prosecute cases with sufficient energy resulting in judicial reprimands. This was the case recently in the acquittal of a former Defence Secretary and a former Inspector General of Police by the High Court.

In the absence of concrete evidence that the country’s justice systems ‘actually’ work, as opposed to going through the motions in sad caricatures, nothing else suffices. The Minister’s call for the withdrawal of the ‘evidence gathering mechanism under OP  6 of 46/1’, on the basis that this is ‘unhelpful’ and will polarize Sri Lankan society, is just whistling to the wind. On a side note, he may also be reminded to good effect that this ‘polarizing’ is primarily due to rabble rousers in his ranks, two of whom were unceremoniously ejected from the Cabinet on Thursday.

Positioning themselves as dissenters within the Government, they have declared that they are back in the ‘lap of the electorate.’ On its part, the electorate should toss them out of its angered lap without further delay. A once stupefying majority obtained by stirring the pot of racial and communal hatreds has now dissolved in the face of incendiary public rage over the gross mishandling of governance by all, these two worthies included. It is that ‘polarizing’ effect of communalism and racialism which we must avoid, none other.

Justice in Lanka is like drawing water from a stone

It is hoped that Sri Lanka’s majority understands this stark fact at least now as they struggle with brutally existential problems in the face of a Sinhala-Buddhist State that shows its rude unconcern for the poor. Public administration has unraveled amidst monumental incompetence and a severe foreign currency crisis affecting basic services such as electricity (with a roll-on impact on water supply), fuel. essential goods and probably medicinal drugs as well. That favourite whipping horse of war crimes coupled with communalism will not have appeal for the populace, we hope.

But to return to the larger issue, all the majestic admonitions at the Minister’s command in Geneva, (‘punitive’, politicised’, ‘divisive’ et al), do not suffice the cover up the massive credibility gap that the State is saddled with, impacting on the integrity of its legal systems of investigation, prosecution and adjudication. That is the core question, let us not forget. Everything else is a grotesque dance of obfuscation, denial and cover-up. This has been the undeniable pattern for decades. Obtaining justice for victims has been akin to drawing water from a stone, under all Governments, all Presidents.

The recent conviction of (ex) Superintendent of the Magazine Remand Prison Emil Ranjan Lamahewa for the killing of one person during the Welikada Prisons Massacre (2012) is one such trickle. These rare examples only illustrate the glaring impunity that attaches to other cases. To make the links between a systemic culture of impunity cultivated by politicians and law enforcement as part of a coercive security apparatus and the existential crisis that Sri Lankans face today, is the challenge. As for the Cardinal, somewhat unkind recollections come to mind. In 2018, he issued scathing denunciations in regard to the ‘West lecturing to Sri Lanka’ on human rights.

The palpable ruin of this land

In what can only be attributed to a (momentary) lapse in sanity, he was also reported to have said that, ‘if we practice religion properly, there is no need for human rights’ and ‘people shaped by Buddhist civilization do not violate human rights.’ Civilizations and religious faiths of any persuasion certainly do not teach violence. Evidently the problem comes not in that but in human beings taking upon themselves the power to kill, maim and torture others, forsaking religious teachings. That has been true of those who profess themselves to be guided by doctrine, Christian, Buddhist and Islamic alike.

That said, the secular underpinnings of rights protections in the international law regime and domestic Constitutions are clear, though the basis of these principles may have much in common with the great religions and philosophies. But to conflate the two in such a mind bogglingly simplistic manner verges on the absurd. Perhaps the good Cardinal may be murmuring ‘Mea culpa, mea culpa, mea maxima culpa’ to himself, his God and his conscience in a ‘Road to Damascus’ moment, as he pleads the lack of justice for victims of the 2019 jihadist attacks on Easter Sunday, in Geneva.

And as for being ‘lectured to’ by the West, clear double standards govern international realpolitik. But as remarked previously in these column spaces, it is the Sri Lankan Government that has made the UNHRC of such relevance to Sri Lanka. Legal reforms that are called for with an eye to the constitutional order, come about only due to ‘Geneva pressure.’ Detainees under anti-terrorism laws like Hejaaz Hizbullah and Ahnaf Jazeem, kept without proper judicial scrutiny to satisfy a security agenda, are released only due to that fear.

In the final analysis, what did all the decades of ceaseless atrocities, power games and multiple violations of the Constitution (with extraordinary attacks on the judicial institution) by Presidents, Prime Ministers achieve? Precious little but the palpable ruin of this land, we dare say.