International Day of the Victims of Enforced Disappearances: An Open Appeal to President Sirisena & IC 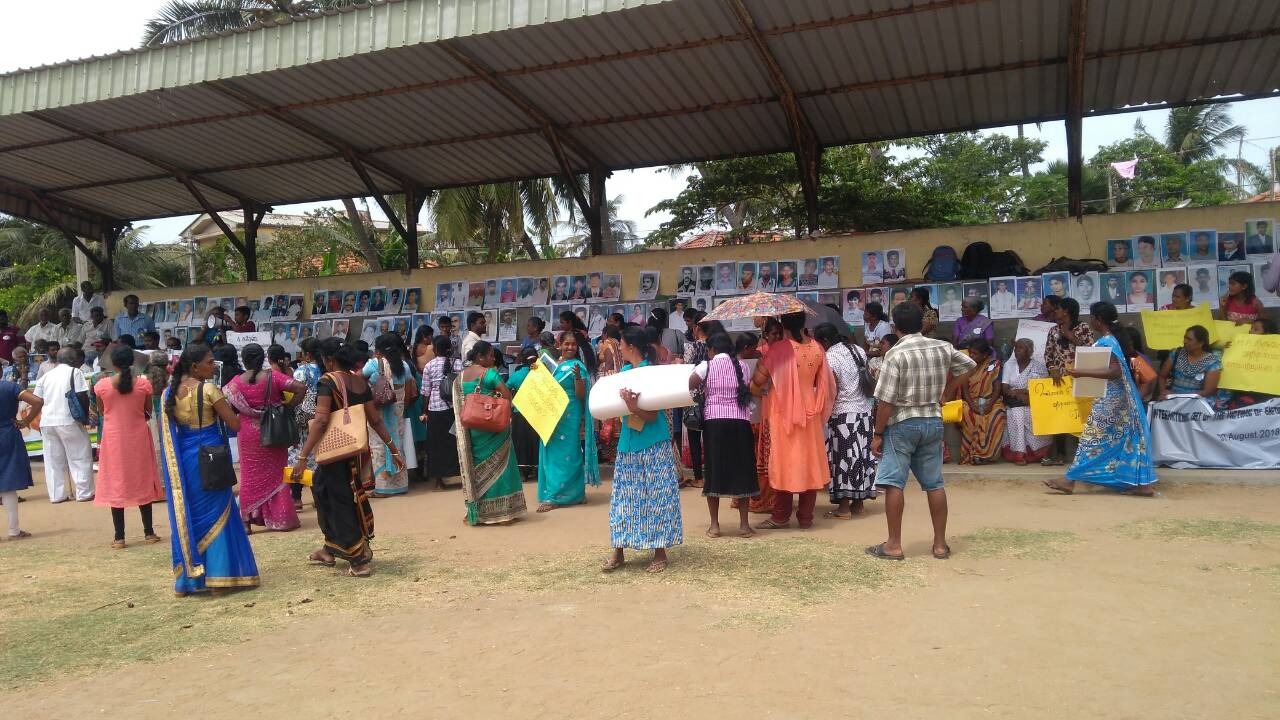 International Day of the Victims of Enforced Disappearances: An Open Appeal to His Excellency President Maithripala Sirisena, the Government of Sri-Lanka and the International Community .

We are the families of the disappeared persons present our unanimous appeal for justice and our plight to the government of Sri-Lanka and the international community on the International Day of the Victims of Enforced Disappearances (30 August 2018).

Our beloved ones have been involuntarily disappeared in North and East of Sri-Lanka during the period of ethnic discriminatory war which took place for 30 years and in the period of post war autocratic regime which lasted for 5 years. Not only anonymous persons abducted our relatives from us but there are well identified personnel of state armed forces and men attached to the state sponsored extended armed gangs have committed these crimes. Specifically, persons were abducted by white vans in the controlled areas of state forces. Persons, those who had been taken by the members of state intelligence or by the armed forces for interrogations were later disappeared. Fishers who gone to sea for fishing also abducted by the Navy while in the sea.

During the last stages of the war, injured were transported by sea to East under the supervision of International Red Cross (ICRC) and some of those hospitalized patients were disappeared from hospitals. Persons were abducted and made disappeared from barbed wired internally displaced persons’ camps which were fully under the control of military. Some of our beloved ones who were detained under suspicion as militants at detention centers were permanently hidden from us. 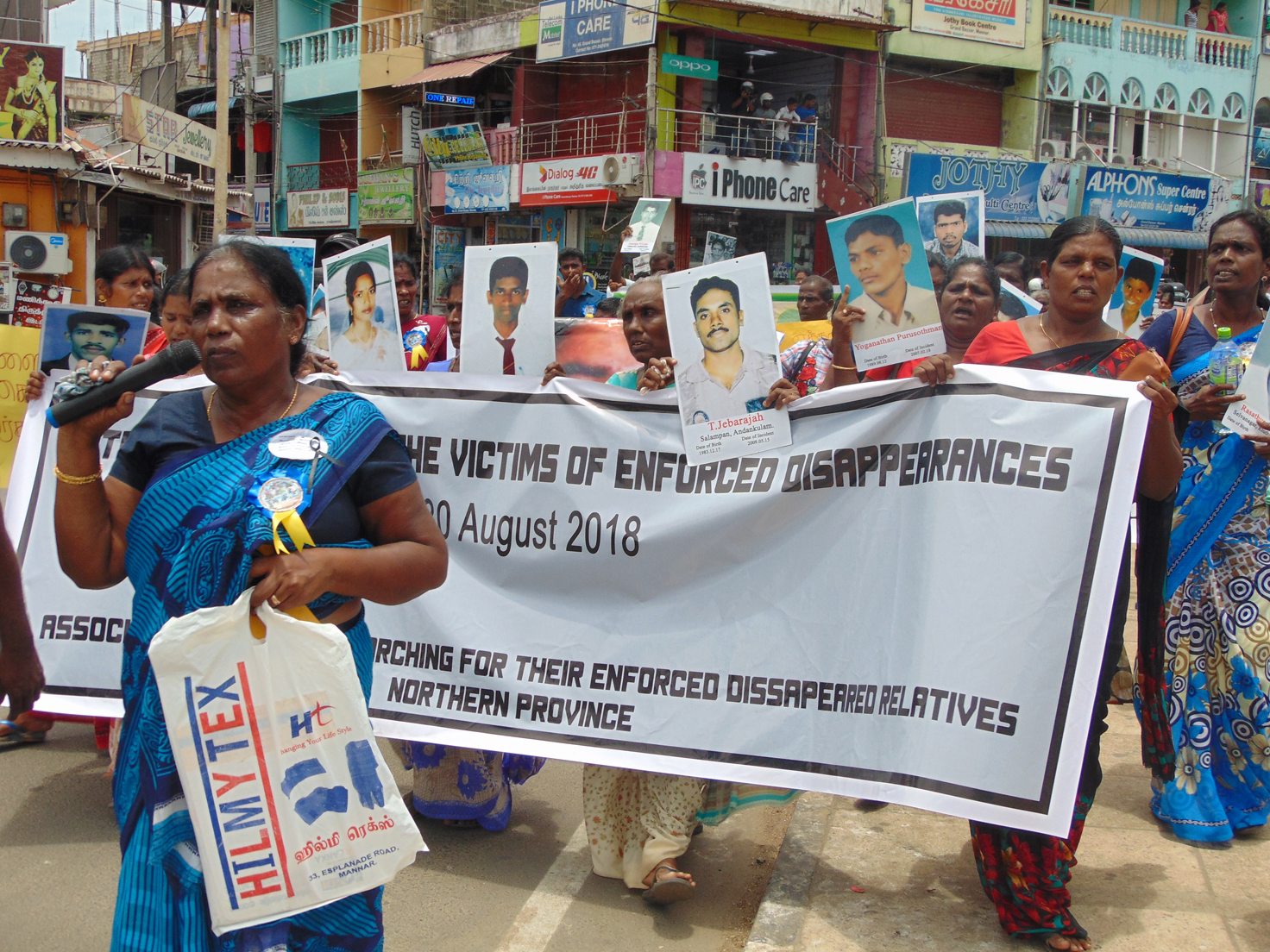 Particularly, there are no news about the persons who were arrested by the military at the end of the war from the final war zones, persons who surrendered by the request of the military and about the men, women and children who were taken by the military by government transportation buses (CTB). We openly announce to the world, that the previous Sri-Lankan governments used enforced disappearances as a violent technique to suppress the minorities. Sri-Lankan state should take the responsibility of the issue of enforced disappearances.
We enormously expected that the new leadership of the country, new government of the country which came to power in 2015 would kindly consider our grievances and would response to us. We met several commissions and gave our testimonies with hope. But we did not get any positive response. Because of this, disappointed mothers of enforced disappeared persons started hunger strike and road side living campaigns in their old age and demanding the government to give their children back. These old mothers who have been sitting day and night in the road sides for more than 500 days under hot sun and heavy rain and demand justice for their disappeared children. But the government did not give proper response. Did not openly discuss the justice mechanisms for enforced disappearances. 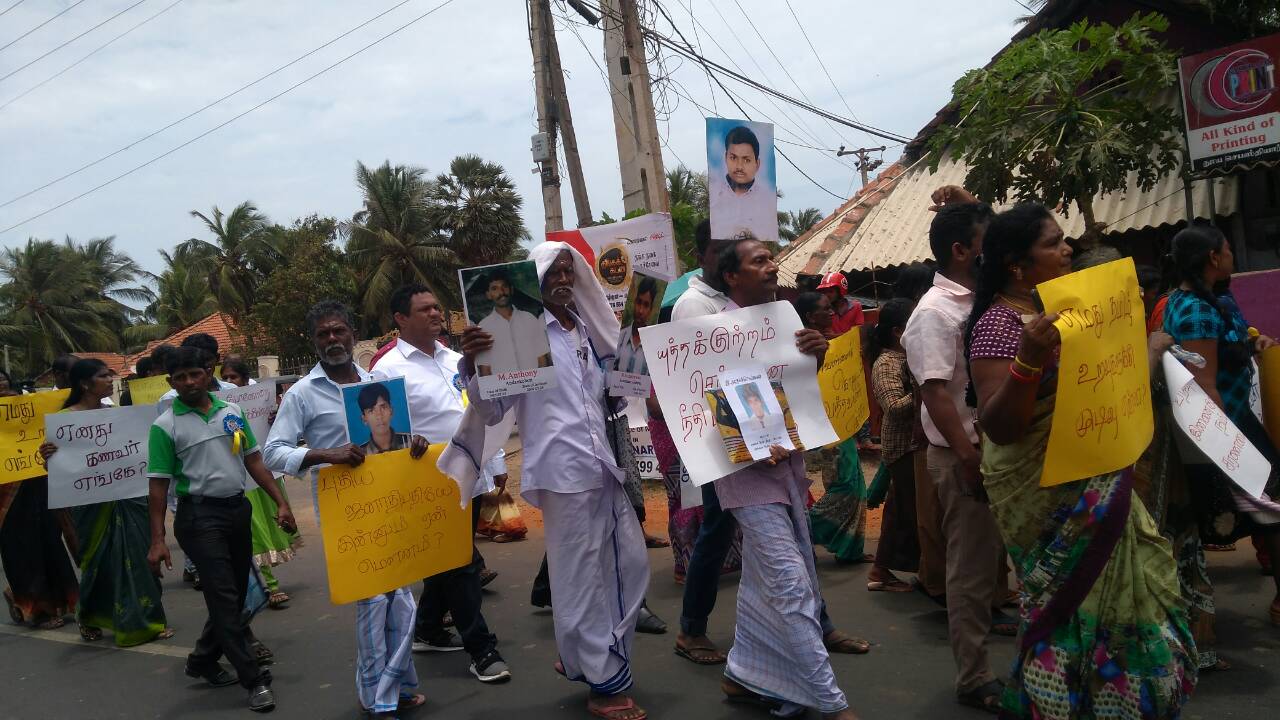 Therefore, we persist our appeal to His Excellency President of Sri-Lanka, the Parliament of SriLanka and to the International Community:

1. Sri-Lankan government should immediately establish an international standard justice mechanism with international judges to find out the true status of the disappeared persons and to grant justice to their families.

2. Sri-Lankan government should fully implement the recommendations made in the report of the UN Working Group in Enforced Disappearances on its missions to Sri-Lanka which held in 2015 November 09 – 18.

3. Sri-Lankan government should give official recognition to the report of the Consultation Task Force which was established based on the obligations enshrined in the UN Resolution 30/1. Also, the demands of the affected people, which are included in the report should be fulfilled.

4. Sri-Lankan government should rapidly implement the obligations mentioned in the UN Resolution 30/1.

5. In-order to hold Sri-Lanka in the agenda of the U.N. Human Rights Council, the Council should extend the resolution 30/1 until the government fully implement the obligations.

6. Safety and security of the families of the disappeared persons, witnesses, lawyers, human rights defenders and civil society activists should be ensured by the government

7. End militarization in North and East areas of Sri-Lanka

8. End the expanded military and police intelligence networks which target the war affected people, social activists and the common events of civilians as well as the continuous monitoring and violent activities of these elements against the above said community groups. 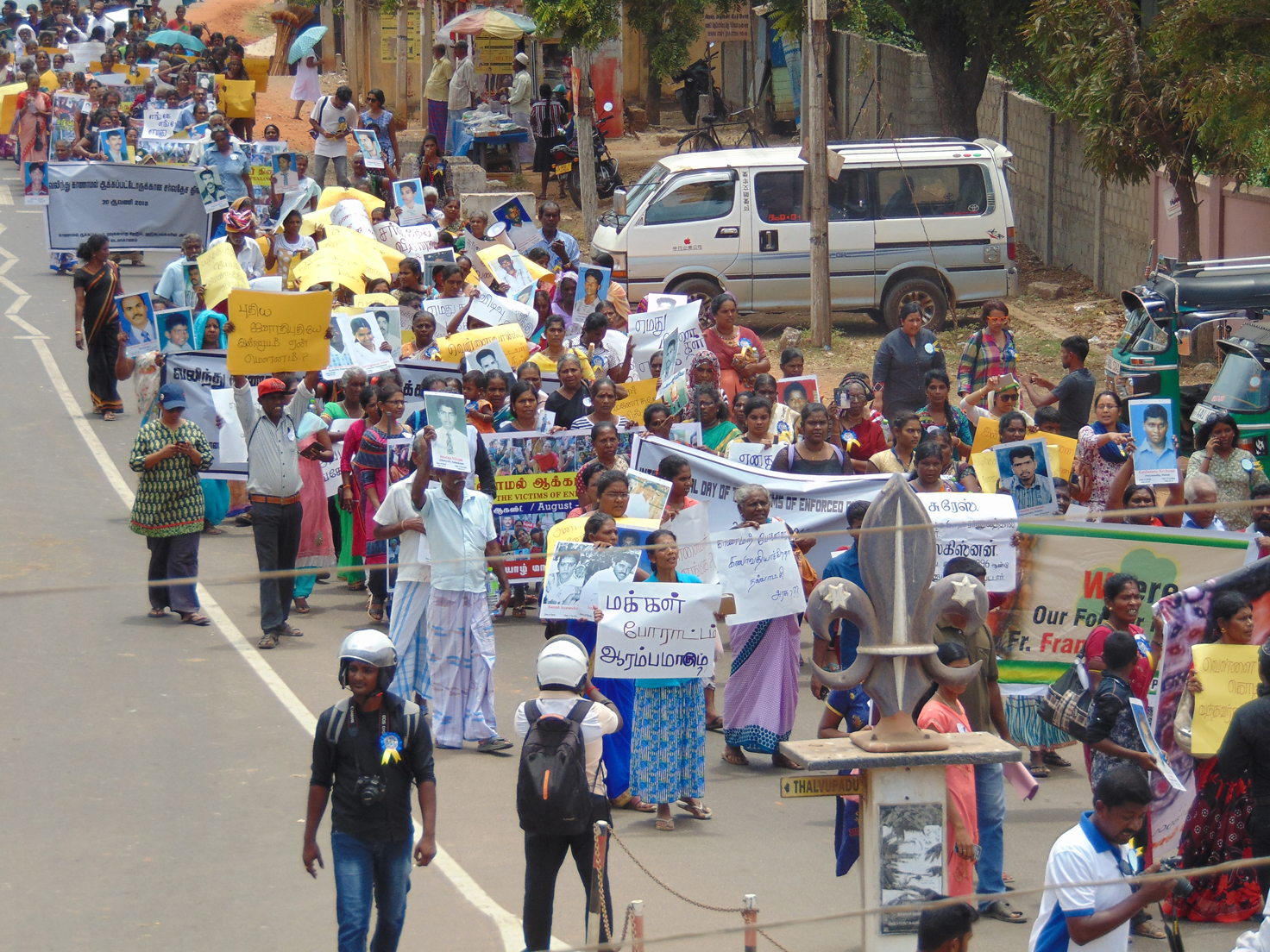