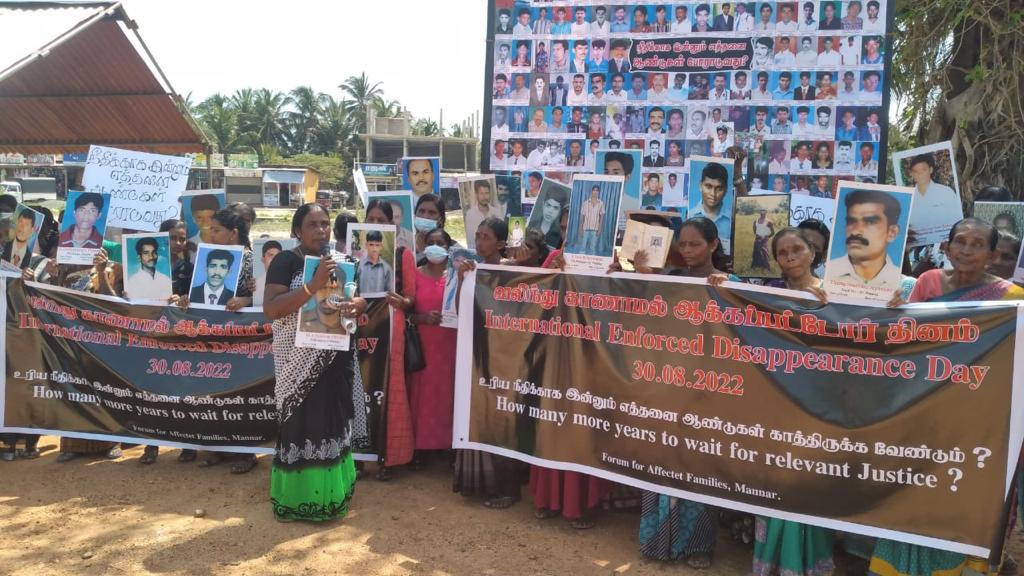 Today the international day of enforced disappeared persons was commemorated in North and East areas of SriLanka by the families of enforced disappeared persons .
​
Families who have handed over their children and family members in the hands of Sri Lankan army at the end of the war and families whose beloved once were abducted or subjected to disappeared by the SriLankan military, government sponsored criminal groups and unknown persons, came together and demanded justice for them. 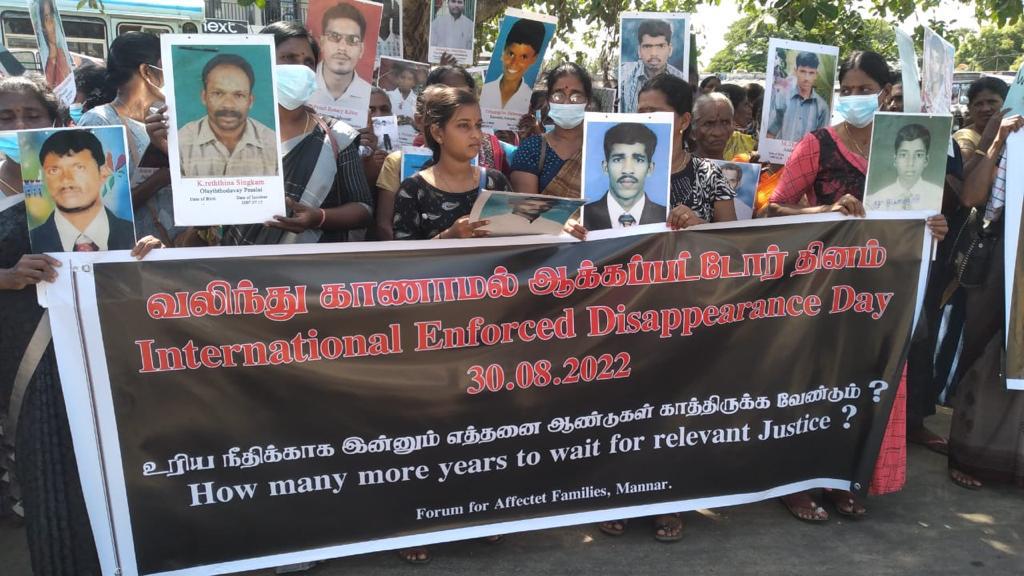 They called upon the SriLankan government to tell the truth about Prisoners of War and Surrenders and persons who were  subjected to disappearances.
They appealed the international community to assist SriLankan government to ensure truth, justice and non recurrence.
It should be noted , in the struggle of finding their children, 138 parents – majority number of them are mothers died without knowing the truth about their children. Several of them are psychologically traumatized by continuously carrying the agony in their minds. Several of them have become physically invalid.
But the inhumane government intelligence and police and military are still cracking down on  these families who are in the journey of finding the truth.
On 20 March 2020, when the women of enforced disappeared persons gathered in Jaffna to hand of their demands to the then Prime Minister Mahinda Rajapakse, they were halted by the police and were brutally assaulted by battons and kicked by boots legs by the police. Some of their blouses were torn and some of them were severely injured. Police kicked some of them on their abdomens and breasts by their boots legs. A woman cried and stated the assaults took place in sexual nature as well.
In this particular incident no cases were filed. Police visited the houses of some of the injured women and threatened them not to take legal action.
The sufferings of the families of disappeared persons are not only limited to the issue of disappearances of their loved once and the agony they suffer by it  but they also continuously subjected to state sponsored violence, oppression, interrogations and monitoring and followed by the state intelligence. The women also receive telephone calls by men attached to intelligence continuously including night times as well. Therefore living with fear as become part of the lives of the women of disappeared persons.
There is a Human Rights Commission in this country. But that Commission hasn’t taken any actions related to the police attacks and violence taken place against women in Jaffna on 20th March 2020 so far.
Justice is needed not only for enforced disappearances but also justice is needed against the state sponsored oppressions against women family members of enforced disappeared persons.