INSD writes to European Union: Raise the Issue of repression of dissent including the use of PTA in all diplomatic engagements with Sri Lanka. 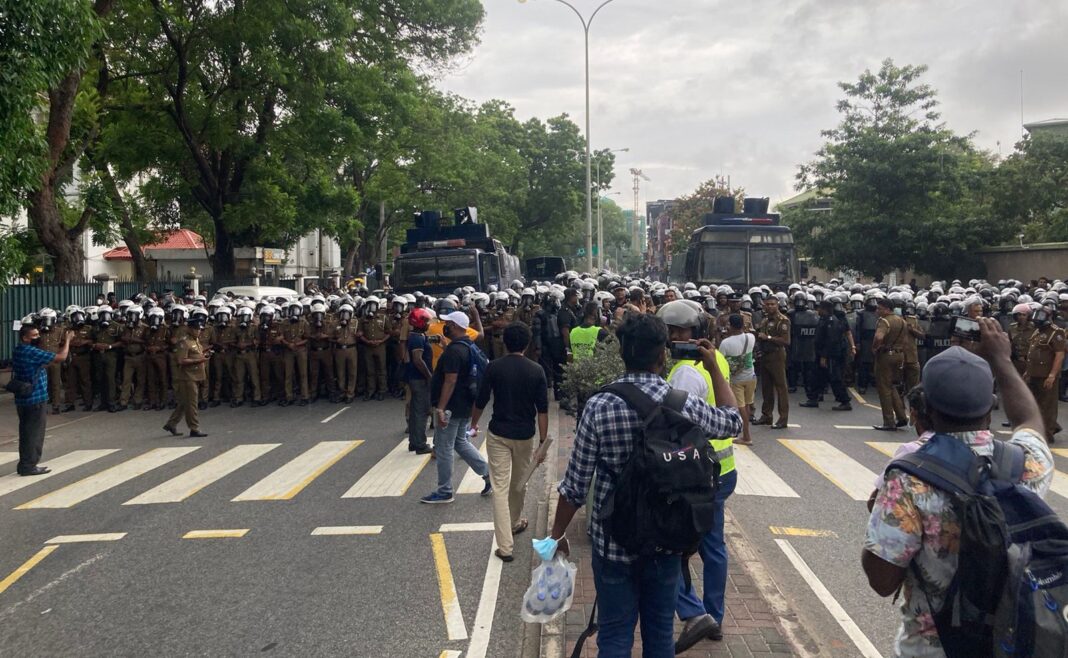 An open letter to European Union and European Commission : Suppression of dissent under the Prevention of Terrorism Act and repression of right to protest in Sri Lanka

The ‘International Network for Democracy in Sri Lanka’ (INSD) presents this letter in order to draw the attention of the European Union and the European Commission to the Sri Lankan government efforts to suppress the dissent, destroying the democratic rights of its people.

We would also like to bring to your attention that the use of the Prevention of Terrorism Act, which is a draconian, anti-democratic law, to arrest the protestors and detain them under 90-day detention orders is a clear breach of the promise made by the Sri Lankan government to regain the GSP pulse concession in 2017.

Three protestors, namely the convener of the Inter-University Student Federation, Wasantha Mudalige, Hashan Jivantha Gunathilake and Reverend Galvewa Siridhamma Thero, have been detained under the Prevention of Terrorism Act since August 2., The detention order was signed by the president Ranil Wickremesinghe as the minister of Defence. So far, more than 3,500 protesters have been arrested. Most of them have been released on bail but more than 1,500 of them are still in languishing in custody.

The Rajapakse family rule must be held directly responsible for the violent attempts to destroy the peaceful non-violent struggle launched by the youth against the rulers who have plunged Sri Lanka into an unprecedented socio-political and economic crisis through unwise autocratic policies.

An army of thugs who were armed with iron and wooden poles within the official residence of then Prime Minister Mahinda Rajapaksa attacked the peaceful protestors on May 9th and President Ranil Wickremesinghe incited heavily armed military personnel attacked peaceful protesters on July 22nd. However, the government of Sri Lanka has not taken any tangible steps regarding those illegal and undemocratic actions.

No one who came from Prime Minister Mahinda Rajapaksa’s official residence armed with iron and wooden poles and attacked the unarmed protester has been detained.

The International Network for Democracy in Sri Lanka (INSD) urges the European Union and the European Commission to make every effort to persuade the Government of Sri Lanka not to use the Prevention of Terrorism Act to suppress dissent, which is a democratic right, to apply the law equally against all those who incited violence, including former Prime Minister Mahinda Rajapaksa, and not to consider protests as acts of terrorism.

The International Network for Democracy in Sri Lanka strongly urges European Union and the European Commission that the right to dissent, freedom of expression and association be protected, and the repression of peaceful protesters be condemned in all diplomatic engagements with the government of Sri Lanka.

On behalf of INSD Board Members