India to back UNHRC motion on SriLanka 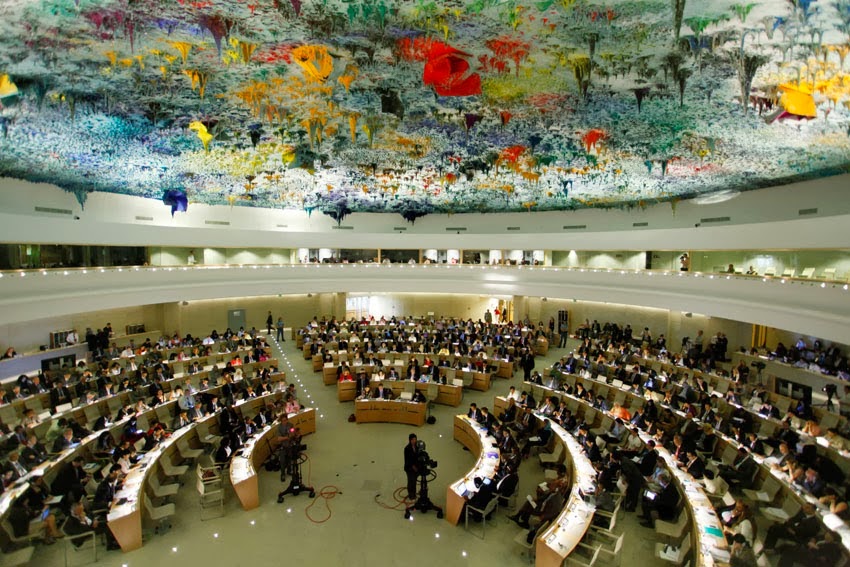 Shubhajit Roy
India will vote in favour of the resolution on Sri Lanka at the United Nations Human Rights Council, the UPA government is learnt to have decided in possibly its last major foreign policy decision. The vote is expected on March 28 in Geneva. This is the third time when Delhi has decided to vote in favour of the resolution, and sources said the decision has been taken in view of “diplomatic” as well as “political” considerations in mind.

While India is okay with the majority and substantive part of the text of the draft resolution UNHRC 25 which has been circulated in Geneva — accessed by The Indian Express — negotiators are working on softening the language of paragraph 8 of the resolution, which calls for the need for an “independent and credible international investigation” and “investigate alleged violations and abuses of human rights and related crimes”.
Sources said New Delhi has been quite favourable to the UNHRC resolution — moved by the US, the UK, Montenegro, Macedonia and Mauritius — as it highlights many of India’s concerns.

New Delhi is particularly pleased with the inclusion of the “13th amendment” in the resolution. Paragraph 6 of the motion says, “…encourages the Government of Sri Lanka to provide the Northern Provincial Council and its Chief Minister with the resources and authority necessary to govern, as required by the 13th Amendment of Sri Lanka’s constitution”.

India has been urging the Mahinda Rajapaksa government for the past five years — since the war against LTTE came to an end — that it was imperative for Sri Lanka to implement the 13th amendment to their constitution, which calls for devolution of powers to the provinces.

In fact, once Sri Lanka said it was willing to go beyond the 13th amendment, New Delhi latched on to that formulation and has been insisting on 13th amendment plus.

The draft resolution also talks about attacks on minorities in Sri Lanka, another area of growing concern in New Delhi. Paragraph 4 of the draft resolution says, “..urges the Government of Sri Lanka to investigate all attacks, by individuals and groups, on temples, mosques, and churches and to take steps to prevent future attacks; and calls on the Government of Sri Lanka to investigate and hold accountable perpetrators of attacks on places of worship, journalists, human rights defenders, members of religious minority groups, and other members of civil society.”
IE