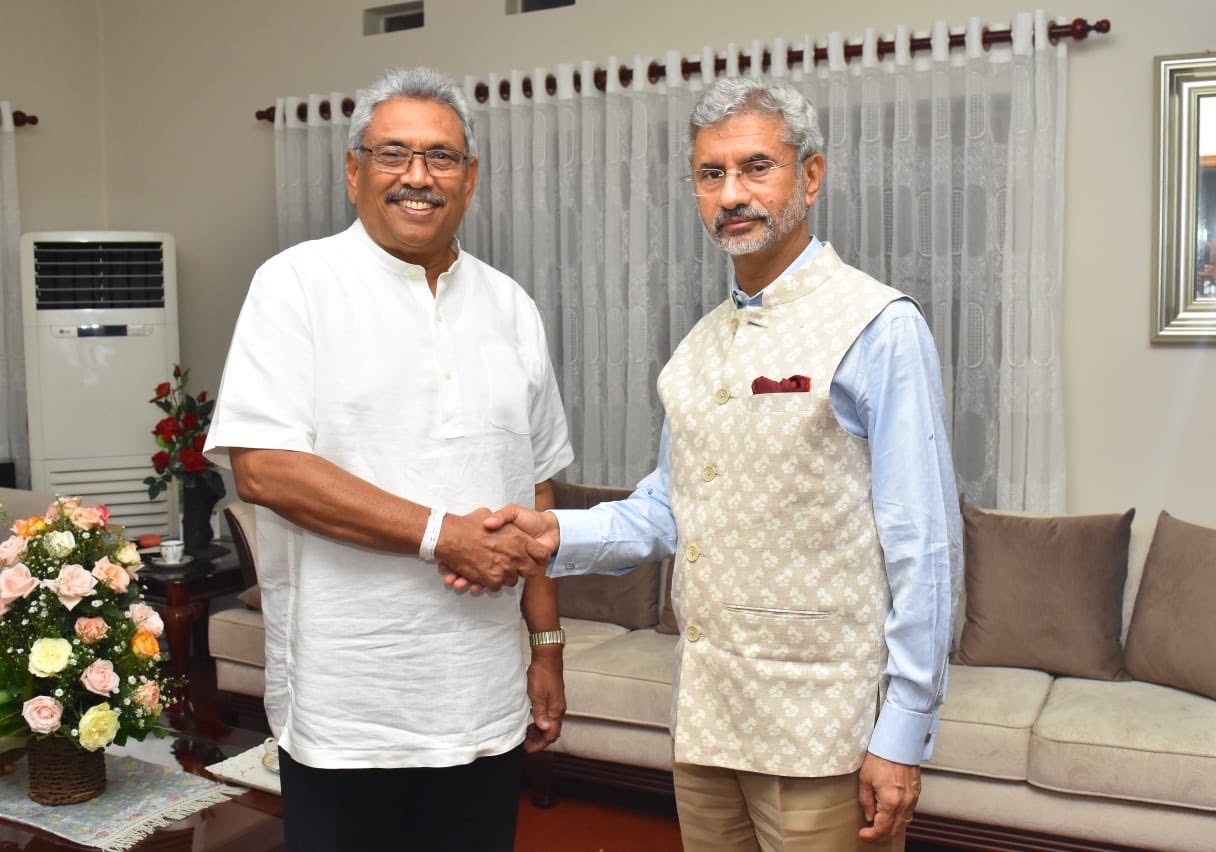 The Indian government expects Sri Lanka’s new government led by President Gotabaya Rajapaksa to take forward the process of national reconciliation in order to meet the aspirations of the Tamil minority for “equality, justice, peace and dignity”.

This was the message conveyed by external affairs minister S. Jaishankar during a meeting with the newly elected Sri Lankan president in Colombo on Tuesday. Jaishankar had visited Sri Lanka as a special envoy of Prime Minister Narendra Modi to convey the premier’s greetings on Rajapaksa’s election win and to invite him to India.

Rajapaksa accepted the invitation and will make a state visit to India during November 29-30. This is expected to be his first visit abroad after assuming office.

“The external affairs minister conveyed to President Rajapaksa India’s expectation that the Sri Lankan government will take forward the process of national reconciliation to arrive at a solution that meets the aspirations of the Tamil community for equality, justice, peace and dignity,” external affairs ministry spokesperson Raveesh Kumar told a regular news briefing on Thursday.

I was pleased to welcome @DrSJaishankar as envoy of Indian Premier Shri @NarendraModi and was honored to accept his invitation to visit India as my first overseas visit and to strengthen the relationship and discuss key aspects of regional security, peace and economic development pic.twitter.com/NqWLTmYUBI

“You must have seen President Rajapaksa’s statement where he affirmed that he will be the president of all Sri Lankans, irrespective of their racial or religious identity and without creating a distinction on whether they voted for him or not,” he said.

Rajapaksa also said during his meeting with Jaishankar that he is committed to ensuring the development of the northern and eastern provinces, which have a sizeable Tamil population, and “considers India a valued partner towards this endeavour”.

Jaishankar was the first senior foreign leader to meet Rajapaksa after he won the presidential election with more than 52% of the vote. India takes an interest in Sri Lanka’s Tamil community because of its strong links with Tamil Nadu state and the implications of developments in the island nation on domestic politics. The 2.2-million Tamil minority accounts for a little more than 11% of Sri Lanka’s population.

India’s multifaceted relationship with Sri Lanka “stands on its own footing and is rooted in our geographical proximity and historical connections”, he said. The Indian Prime Minister had noted in his congratulatory tweet to Rajapaksa that the country is looking forward to “working closely with the Sri Lankan government for deepening our relations and for the peace, prosperity and security of the region”, he added. (Hindustan Times)