Berlin (CNN)A German court has convicted a former Syrian regime officer for crimes against humanity, in a first-ever trial of people linked to the government in Damascus.

Former intelligence officer Eyad al-Gharib, 44, was sentenced to four-and-a-half-years in prison for aiding crimes against humanity.
Gharib was convicted of accompanying the transportation of 30 detained demonstrators, despite knowing about the systematic torture in the prison the detainees were being sent to, according to the prosecutors. The protesters were allegedly beaten on the way to prison.
The former junior regime officer was arrested in Berlin alongside former senior regime officer Col. Anwar Raslan in February 2019 under the principle of universal jurisdiction, which gives a national court jurisdiction over grave crimes against international law, even when they were not committed on the country’s territory.
. 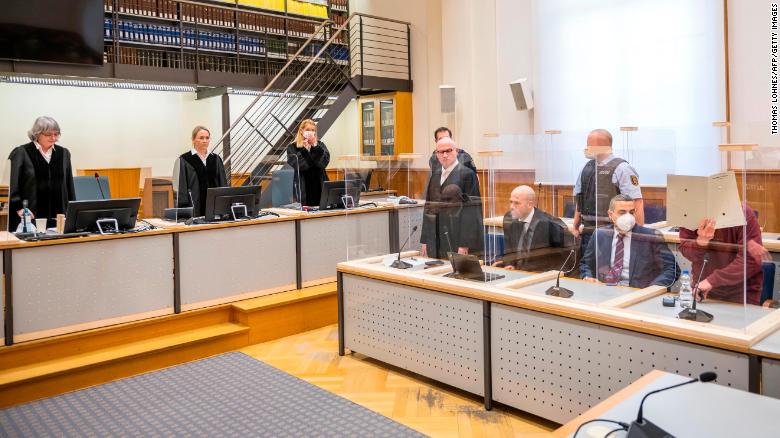 Presiding judge Anne Kerber stands before pronouncing her verdict in the court in Koblenz, Germany, on February 24.
Raslan, a high-ranking former intelligence officer, is still standing trial. He is accused of overseeing the torture of at least 4,000 prisoners during Syria’s uprising. At least 58 of the prisoners died. Rape and sexual assault allegedly occurred in at least one case. 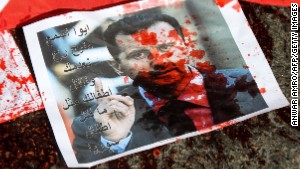 ‘Document hunters’ smuggled hundreds of thousands of government files out of Syria. Here’s how they did it
Syrian President Bashar al-Assad’s regime has been repeatedly accused of war crimes and crimes against humanity over the course of the country’s nearly decade-long war. But attempts to set up an international tribunal have been hampered by Russian and Chinese vetoes at the United Nations Security Council.
Syrian officials have repeatedly denied the allegations, insisting they target terrorists and not peaceful protesters.
“Today is an exceptional day in the lives of Syrians,” Amer Matar, a 33-year-old Syrian man who said he was tortured by Raslan, told CNN. “This is a very important message to us as Syrians that justice can truly be achieved, even in a very distant place like Germany, even if partial, and to specific people.”
Share
Facebook
Twitter
WhatsApp
Pinterest
Email