In Vavuniya, North of Sri Lanka, 13 out of 20 HIV infected persons has died. 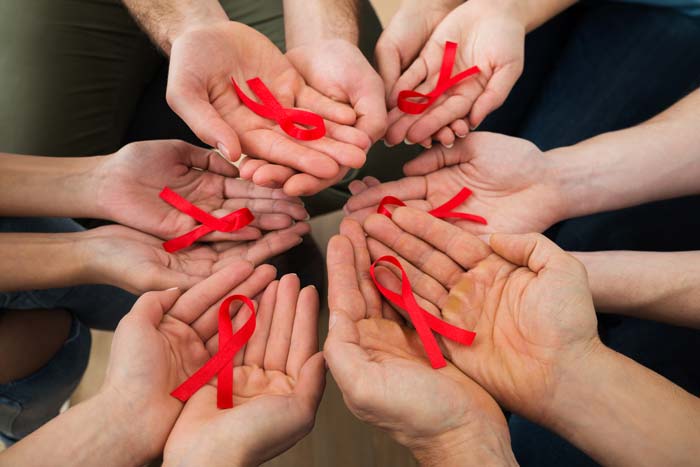 So far, while 20 HIV cases have been detected in the Vavuniya District, only seven patients are currently surviving reports Ceylon Today. ‘Among them, four are obtaining treatment from the Anuradhapura General Hospital and three are being treated at the National Hospital in Colombo. They are aged between 20 and 65.’

This death is quite high as HIV infected persons could be treated successfully with new drugs available today.

“The death of 13 patients out of 20 was due to late diagnosis. Most of these patients were admitted to the hospital with high fever. When it is impossible to figure out the reason for high fever, we screen the patient for HIV, and these 13 patients were diagnosed in such circumstances. It is known that continuous treatment for HIV-AIDS can increase life expectancy but not cure the disease,” Dr. Kumaragurunathan Chandrakumar, Medical Officer in Charge, STD-AIDS Control Programme, Vavuniya has said.

Case studies have revealed that an increase in prostitution in the Vavuniya District is the main factor in the rise in HIV cases in the region.  Recently, it was detected that female sex workers in Vavuniya are only concerned about their income and had avoided protected sex. “Female sex workers have multiple sex partners. Once they are produced in Courts, they are subjected to a medical examination. Every month we have been directed by Courts to screen between 3-5 female sex workers for HIV.

Therefore, in total, we screened around 17 female sex workers in Vavuniya for this year. Most of them lacked awareness of Sexually Transmitted Diseases (STDs) and Human Immunodeficiency Virus (HIV). Thus, we came to a conclusion that incidences of HIV in our district could be due to unprotected sexual practices by these workers,” Dr.  Chandrakumar has aid.

In November, we screened five sex workers. When we recorded their cases, it was obvious that they had multiple partners. If one of their partners were HIV positive, it is quite possible for them to be infected as most of the sex workers in Vavuniya revealed they rarely take precautions. The main source of infection could be through multiple partners, he has added.

Being a commercial hub in the Northern Province, Vavuniya is a transit city that has adequate transport facilities for passengers who intend to travel to the North, East, West or South. “During our study, a female sex worker said she earns around Rs 10,000 per day. Thus, she earns a large income on a monthly basis. However, according to Sri Lankan Law they only have to pay a fine of Rs 100 in Courts. This is just a small amount of money and they are not serious about their misconduct. She also added that Vavuniya is one of the best paces for her business,” Dr. Chandrakumar said.

There are many lodges in Vavuniya that are mainly dependant on prostitution for their primary income. Lodge owners have contacts with female sex workers. “During our case study, a sex worker said that lodge owners connect them with the customers. The minimum amount for hiring a sex worker is Rs 1,800 per night. Rs 1,000 is paid for the worker and Rs 800 is collected by the lodges as their income. Apart from which Rs 2,000 is separately charged by the sex worker from customers, therefore, a sex worker earns minimum of Rs 3,000 as daily income.”

Prostitution can be an easy source of income but sex workers should be quite aware of their customers and the spreading of STDs and HIV, Dr. Chandrakumar noted.

Sex workers from all districts have gathered in Vavuniya, as it has become a main spot for prostitution and they are able to earn a large amount of income. “In other districts in the North also we are treating an increased number of patients for STDs. In Jaffna most patients do not go to the State hospital but obtain treatment from private clinics. But in Vavuniya there are less private clinics and the patients have no choice other than the State hospital. We also have patients coming from other districts due to social stigma and they do not want to reveal their health conditions. However we act confidentially as always,” he said.

Dr. Chandrakumar stressed that sex workers who are subjected to HIV screening are advised of precautions and the severity of the disease. “We advise them to have protected sex. We also advised them about STDs and HIV. We told them that it is a must to attend HIV screening once every three months. We also went to every lodge and pasted warning stickers that stated ‘avoid unsafe sex. Not only in lodges but in Army camps too.”

Although prostitution is illegal, Police will take legal action only if they have adequate evidence and information. Lodges follow strict procedures to avoid raiding by police.

Edited version of an article appeared in CT written by By Mirudhula Thambiah.