In Sri Lanka, India has lost the plot to China 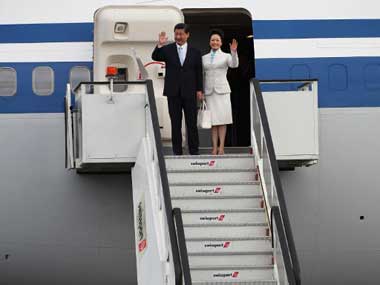 If there was a guidebook on ‘How to sour relations with neighbours and lose whatever little influence you have’, India is playing it out to perfection in Sri Lanka, yielding ground progressively to China.
On land, sea, and air—so to speak—India has steadily lost the plot, and the logical beneficiary of India’s maladroit moves is China, which has been quick to fill the vacuum created by India’s diplomatic self-goals, according to this report in Business Standard.

Just last week, as India ended up falling between two stools—of first whittling down the US-sponsored resolution against Sri Lanka and, later, looking to beef it up in response to the DMK’s pressure tactics on the UPA government—China was quietly savouring a moment of diplomatic triumph.

Incoming Chinese President Xi Jinping telephoned his Sri Lankan counterpart Mahinda Rajapaksa to reassure him that China would continue to support Sri Lanka’s efforts to protect its national sovereignty—presumably from attacks such as those inspired by the UNHRC resolution—and would continue to offer assistance.

And with politicians in Tamil Nadu—not just the DMK, but the AIADMK and other fringe parties as well—still indulging in competitive ethno-nationalism centred around the Sri Lankan Tamils issue, and with the UPA government hell-bent on survival, even at the risk of compromising on its foreign policy objectives, the diplomatic slope for India in Sri Lanka will remain slippery for some more time.

For instance, both the DMK and the AIADMK are now stepping up their rhetoric and demanding that the UPA government announce a boycott of the Commonwealth Heads of Government Summit in Sri Lanka later this year.
The recent spate of attacks on Sri Lanka Tamil pilgrims in Tamil Nadu, and Sri Lankan commercial interests in the state, have compelled the Sri Lankan government to decide to shut down its consulate in Chennai.

This is the latest in a series of “losses” that India has received, most of which revolve around India’s strategic and commercial interests. And in almost all these cases, China has walked away with easy pickings.

Indicatively, the report notes, citing an analysis by an Indian company with business interests in Sri Lanka, the mood in Sri Lankan society has turned against India, and in favour of China, which is seen as more of a “friendly nation”.

The Chinese footprint in Sri Lankan—both at the strategic and commercial levels—has grown vastly bigger in recent times. For instance, the Hambantota Port was built with Chinese aid to the tune of $1 billion, after India passed up the opportunity to participate by claiming the project was commercially unviable. An Indian shipping industry official reasons that India will regret this decision –- on considerations of both security and trade.
Recently, Rajapaksa inaugurated the $206 million Rajapaksa International Airport in Mattala, built with help from China’s Export-Import Bank. Chinese officials were present at the inaugural.

Last year, Sri Lanka pointedly sold to a Chinese aircraft manufacturer a prime plot of land on Colombo’s Galle Road that had earlier been set aside for an India Cultural Centre. India was upset by that decision, but could do nothing about it.